This is a new section that I’m adding into the cooler reviews just to get a little more insight on what you’re getting yourself into for power consumption. It’s only fair to check out how much each cooler consumes compared to stock, so we’ll take a look at both idle and load numbers. 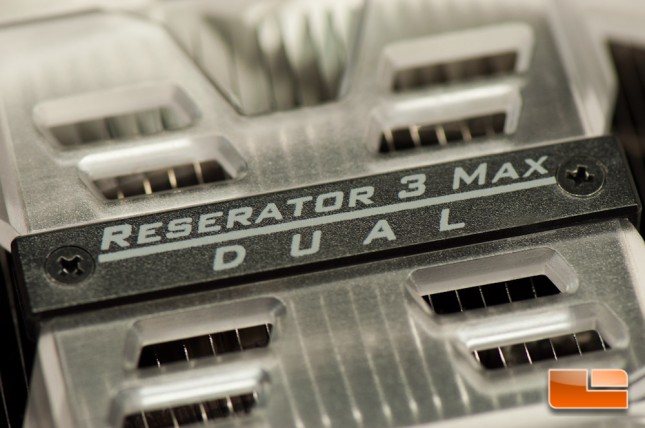 To do our measuring for power consumption, we’ll be using a Kill-A-Watt meter hooked up to the computer only, we’ll let the system sit idle for 15 minutes after boot to allow it to settle down and take a measurement then. The average whole number that the meter is displaying is the number that we’ll use. We’ll then load up Prime95 to put a full load on the CPU to get each cooler to work as hard as they can, grabbing the power consumption numbers in the same way. All tests are done at the stock frequency of 3.9GHz turbo on the i7-4770k. 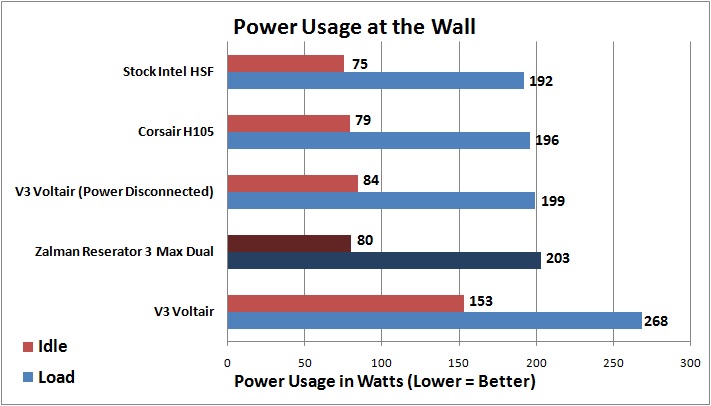 Overall Results: The system using pretty close to the same amount of power that the stock HSF did is a great sight to see. It also used roughly the same amount of power as the other liquid coolers that we reviewed while under load, but the V3 Voltair was a completely different animal with its TEC plate compared to Zalman’s cooler. As this chart grows, we’ll get a better comparison, but this is what we have to work with for now.