In the benchmarks that will be run, we used an Intel 4770k clocked at 3.5GHz with Turbo Boost and the low power state enabled. Turbo Boost allows the 4770k to hit up to 3.9GHz right out of the box. Many of the previous tests we chose not to overclock beyond the turbo frequency in order to show you what your average user would see, but we did find the limits of this particular processor without going too extreme on the voltage and will start to include those results. The 4770k will be overclocked to a 4.3GHz turbo boost at 1.270 volts, which is over the stock 1.193v. To push this particular 4770k stably to 4.4GHz required well over 1.4 volts, which the performance gains of a 100MHz increase was not worth that huge bump in voltage.

Benchmark wise, we will be using several synthetic and real-world benchmarks to perform normal, heavy, and extreme load. The benchmarks that I’m going to use today include: Prime95, x264, 3DMark 2013 (Firestrike test only), Metro Last Light, and Sleeping Dogs. Prime95 will peg all four cores and eight threads to 100% with the In-Place Large FFT test, which will help us to understand exactly how hot this CPU can get with each cooler.

I have reviewed several other liquid CPU coolers in the past and you will find them in the charts below for comparison purposes. I did not start overclocking the 4770k until after the Cooler Master Glacer 240L review, so not all coolers were tested under the increased stress of an overclock. 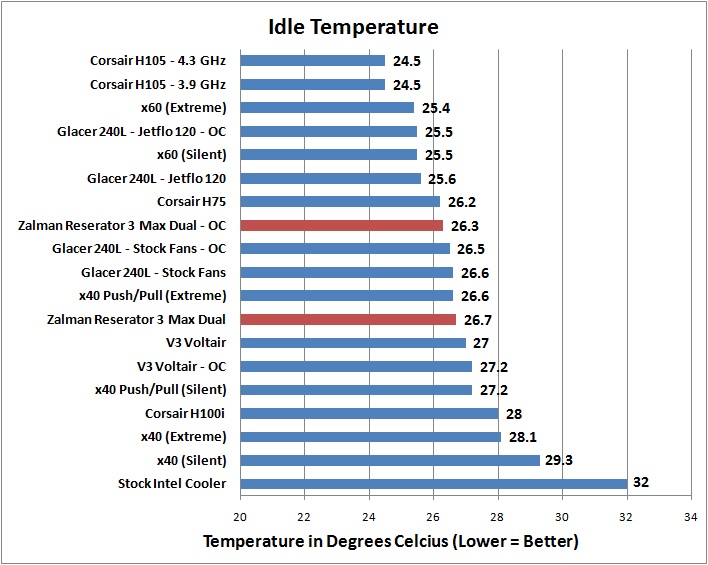 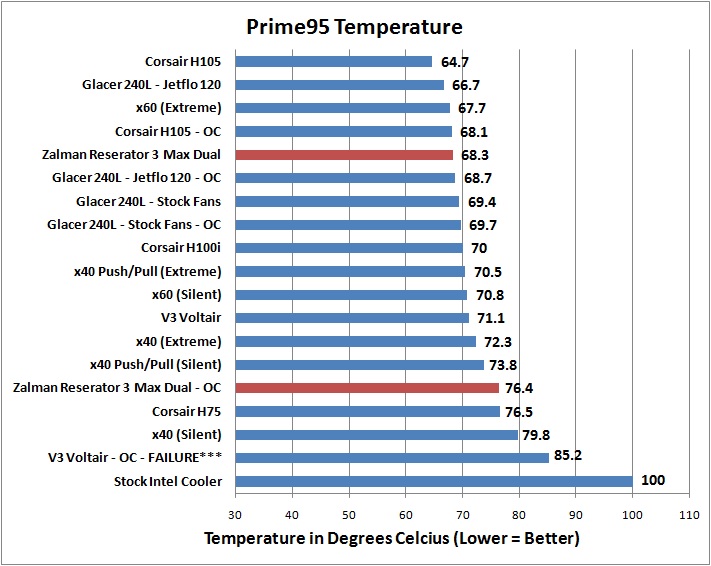 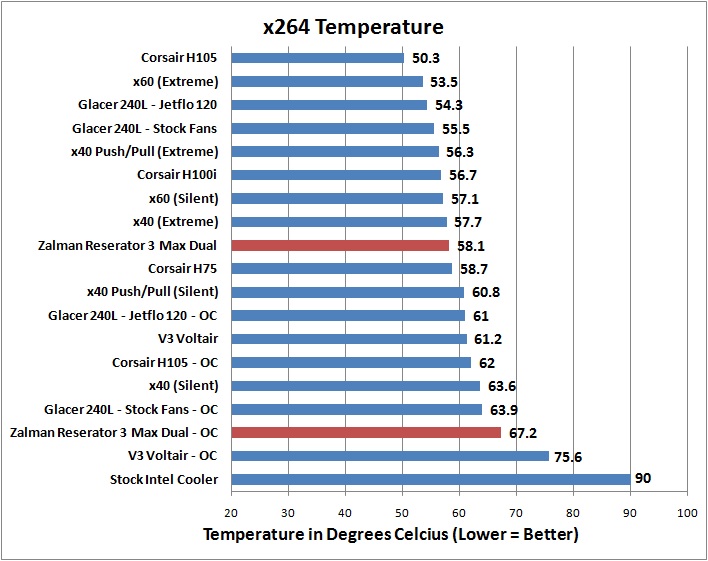 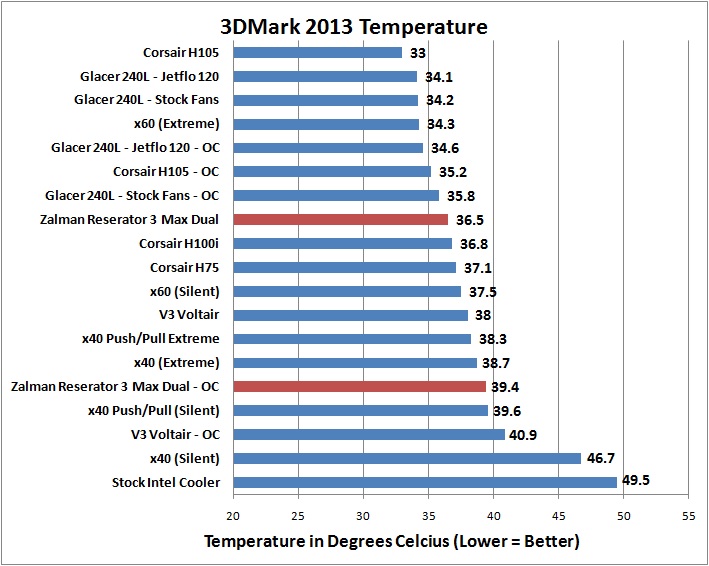 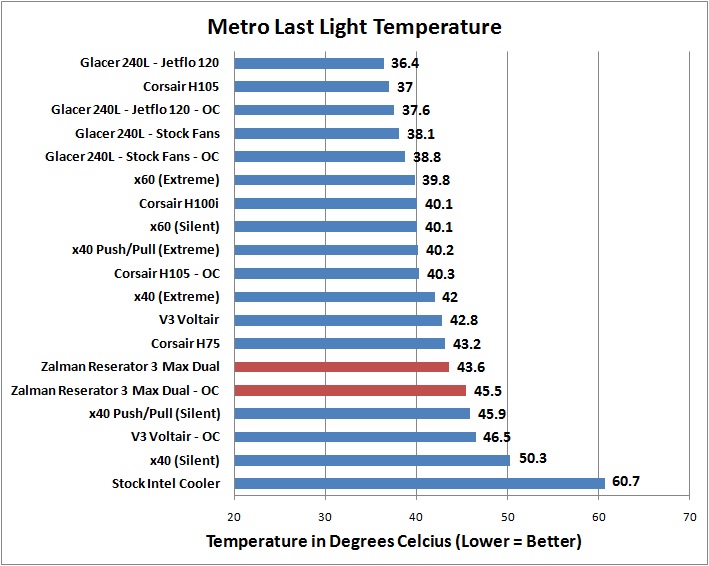 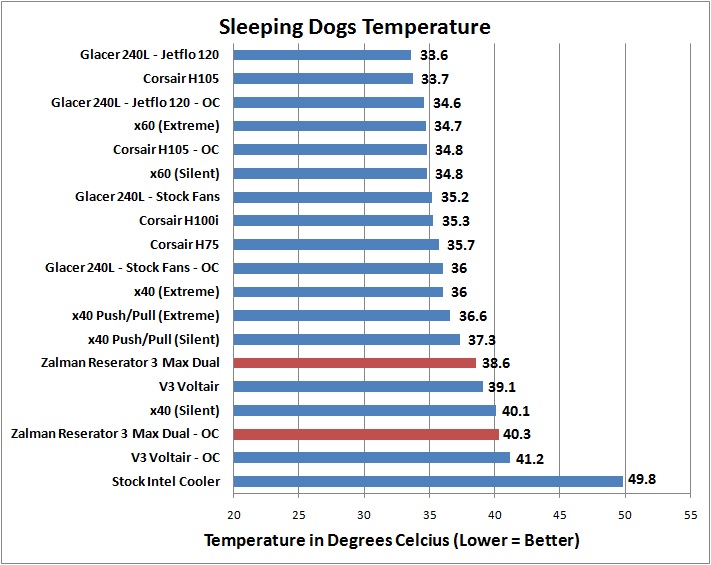 Overall Results: Zalman’s Reserator 3 Max Dual found itself smack dab in the middle, for the most part, of all of the other coolers that we tested. I think it held up well on the Prime95 stress test, but it definitely didn’t hold on enough with the overclock in place. I was actually hoping for better results given the technology behind the cooler plus the price tag.