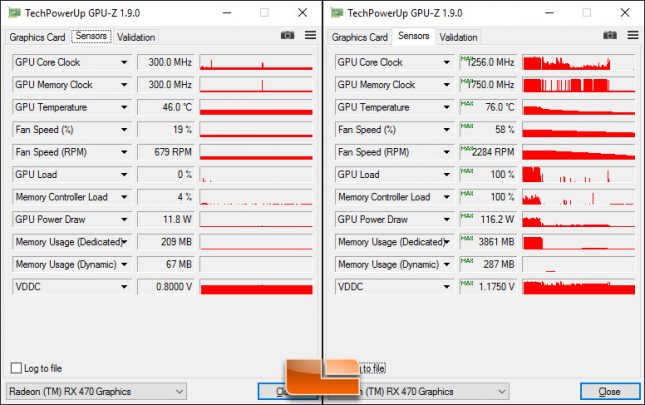 When it comes to temperatures the XFX Radeon RX 470 4GB Black Edition graphics card ran at 46C at idle on our our open air test bench as the semi-passive cooling fans weren’t spinning. The good news is that with no spinning fans it means the card makes no noise at idle. At full load while gaming we topped out at 76C, which is pretty decent and no where near hot enough to be of concern. GPU-Z v1.9.0 showed the Radeon RX 470 gaming used 0.800V at idle and 1.175V while at full load. 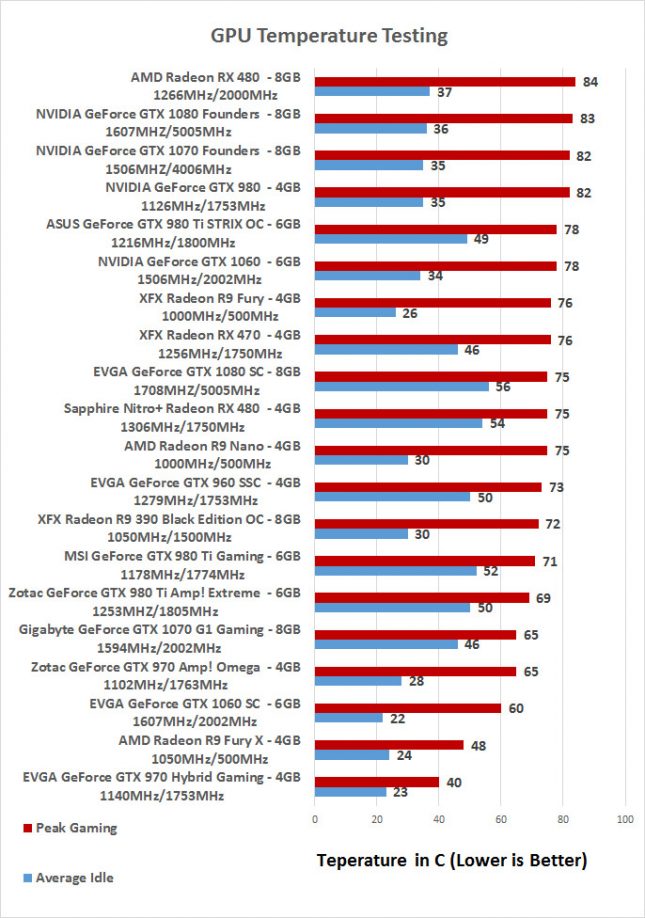 Here is a chart that shows the temperatures of the XFX Radeon RX 470 4GB Black Edition versus some other desktop gaming graphics cards and you can see the Radeon RX 470 is basically in the middle of the pack. 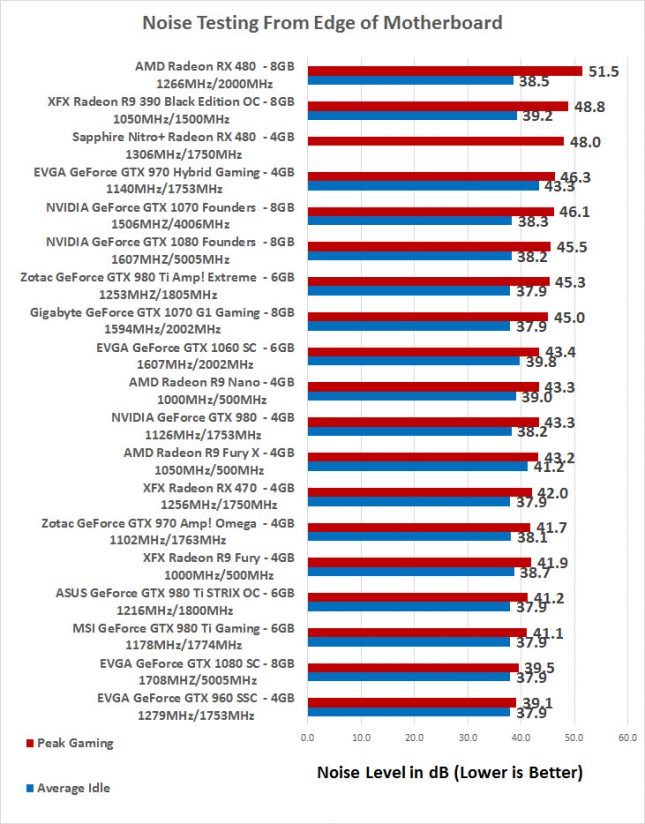