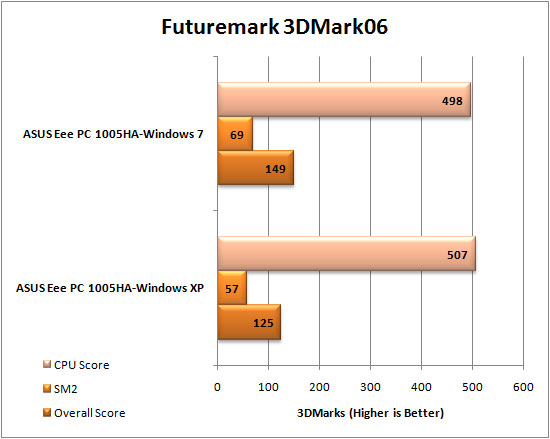 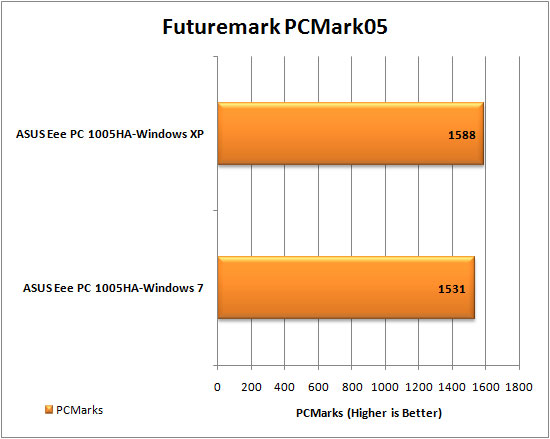 PCMark shows that Windows XP has slightly better overall system performance than Windows 7. We did not notice any real system slow-downs while using the ASUS 1005HA with Windows 7 while we were using the netbook to write this review or do any other net surfing.