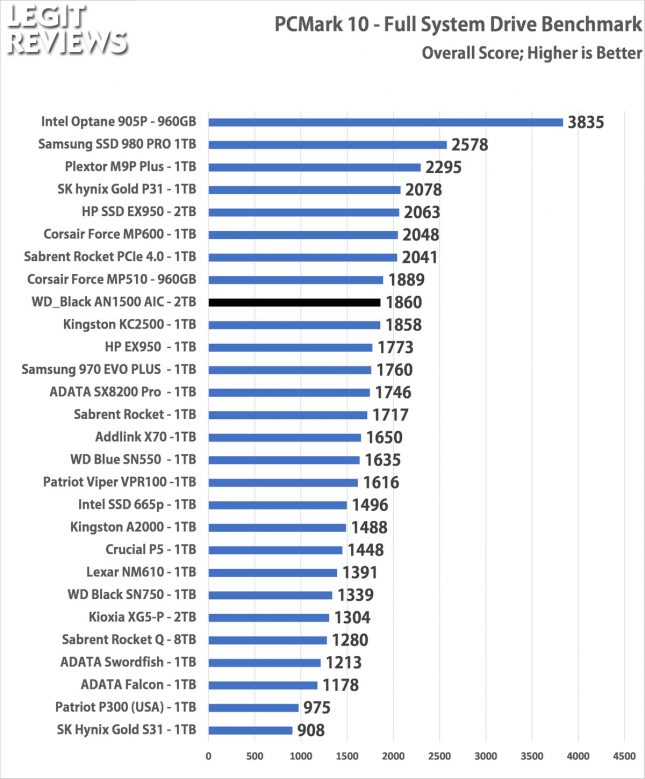 On the full system drive benchmark the results had the WD_Black AN1500 2TB Add-in-Card finished with an overall score of 1860 points. This performance is lower than we expected and we sent over the results to WD days before this review was to be published and they never got back with us. 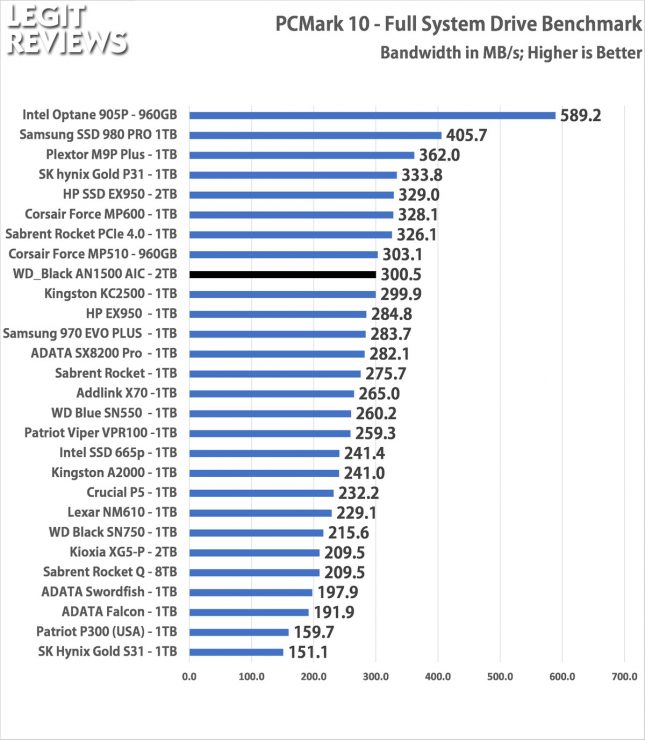 The PCMark 10 Storage Benchmarks overall score is calculated from the bandwidth and average access time sub-scores. The bandwidth subtest is defined by UL in PCMark 10 as bandwidth = bytes / busy_time_for_read_and_write. Here the WD_Black AN1500 21TB AIC averaged 300.5 MB/s. We honestly expected this score to be much higher since this was a RAID0 array that it was being run on. 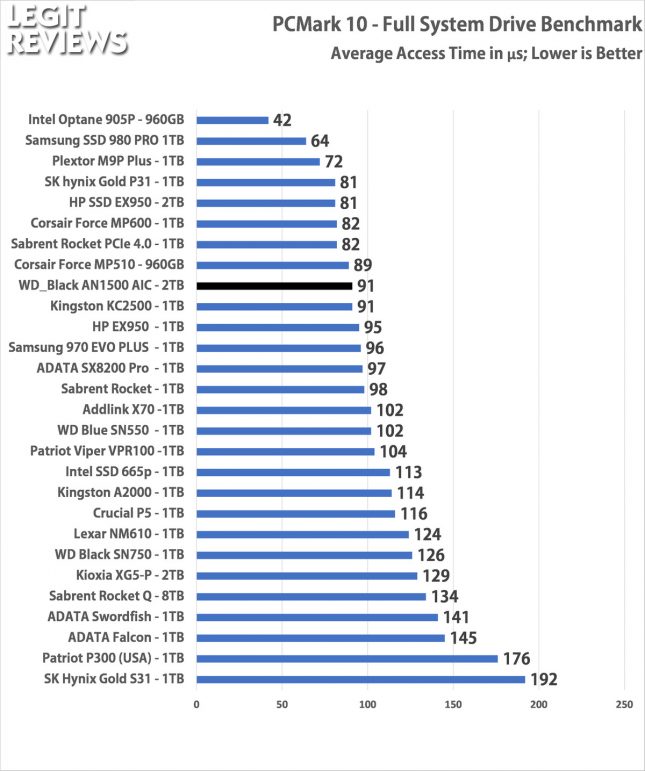 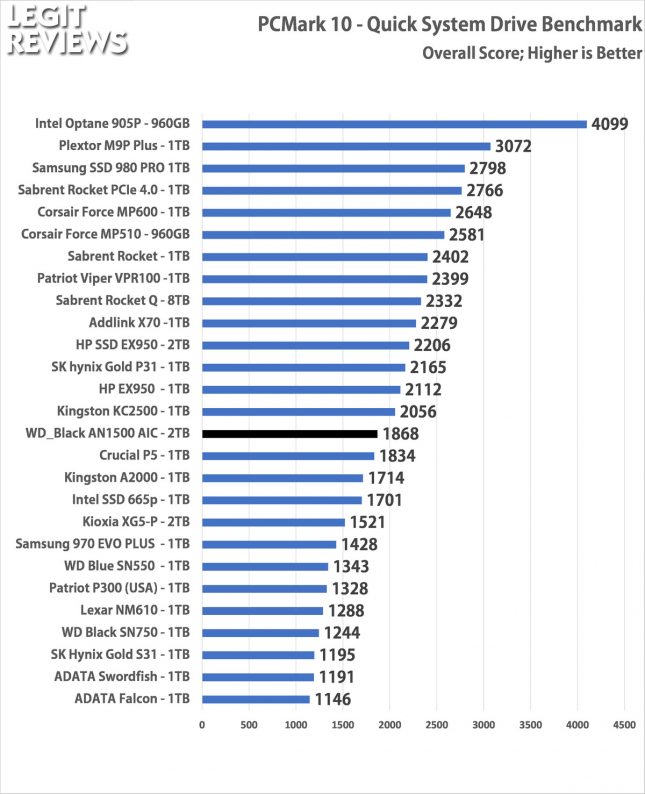 On this lighter workload the WD_Black AN1500 AIC feel even further down the performance chart with a mediocre score of 1868 points! 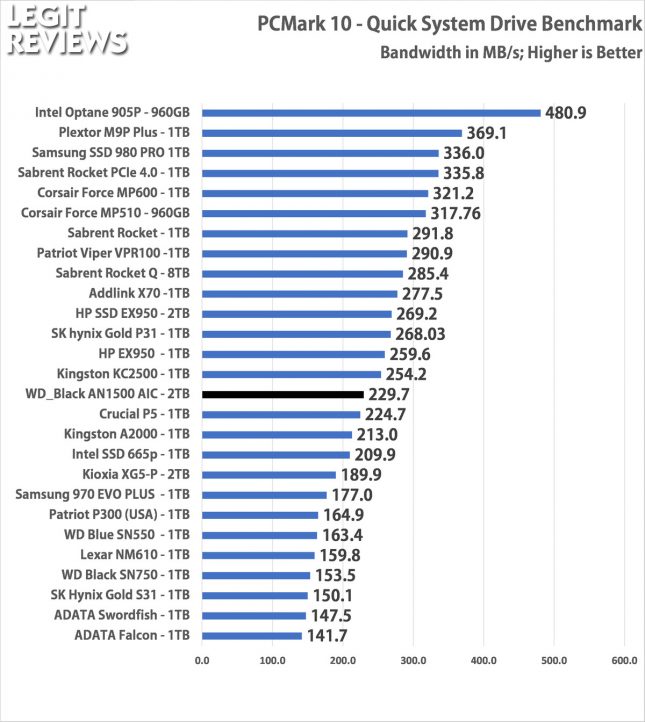 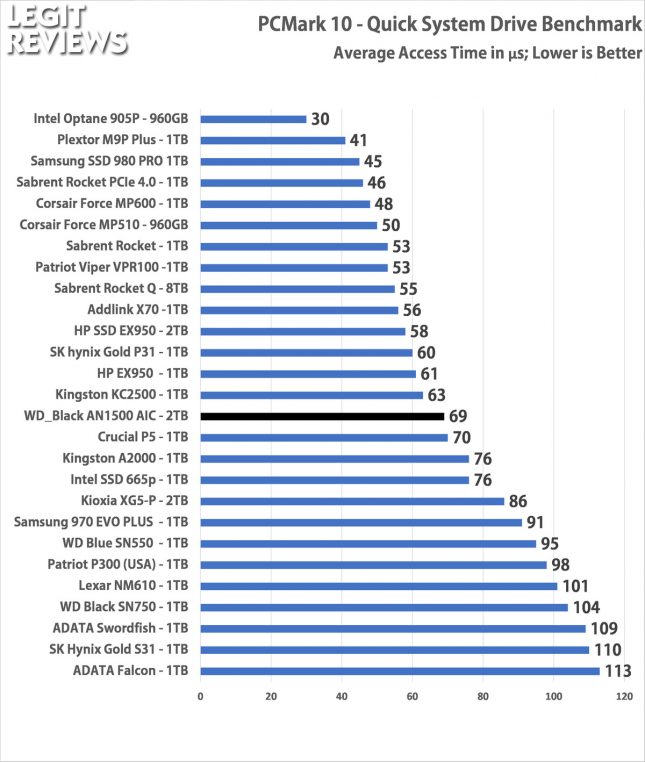 The average access time on the WD AN1500 2TB AIC was 69 microseconds.