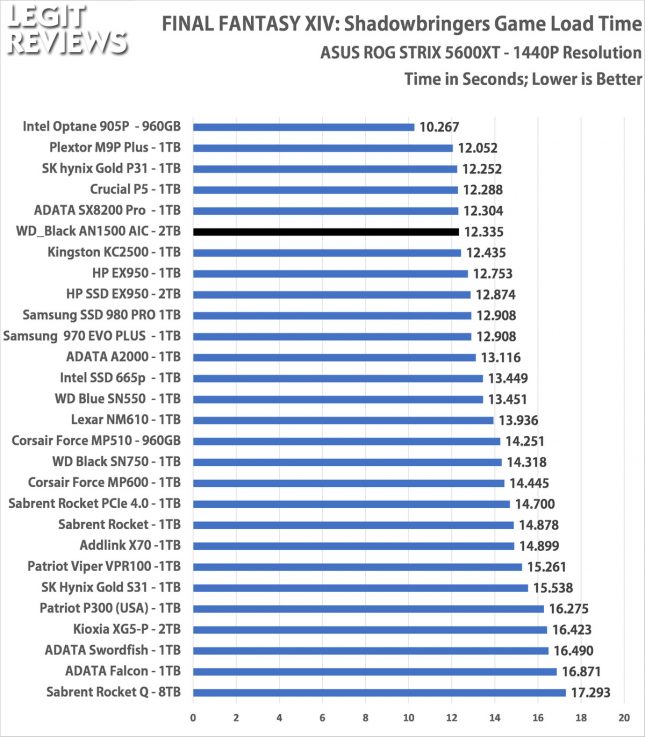 Benchmark Results: The WD_Black AN1500 2TB AIC completed the game load time benchmark with an average time of 12.335 seconds. This put it in the upper middle half of the SSDs that we have tested and is a very respectable time.