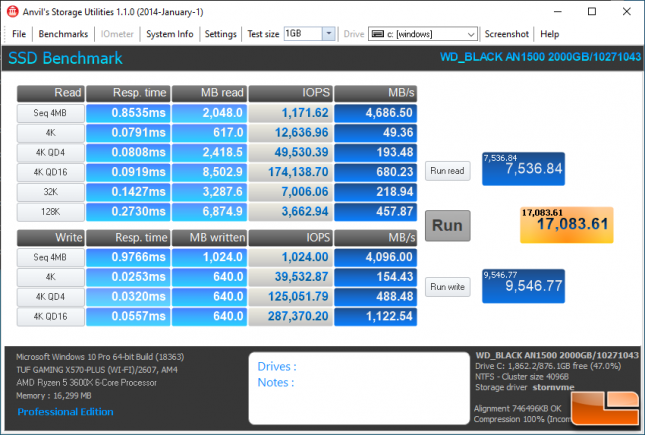 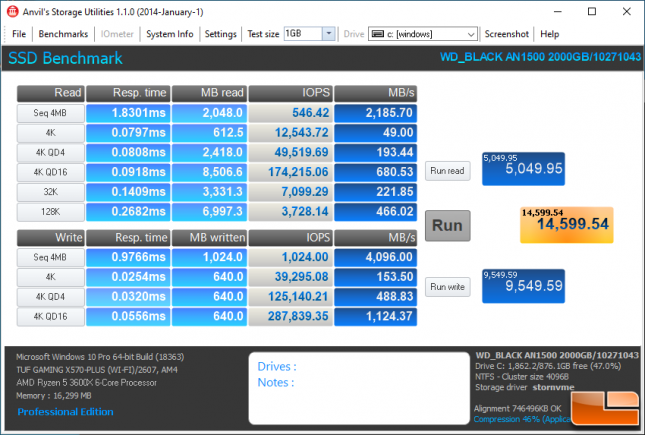 Benchmark Results: The benchmark results from the most recent build of Anvil SSD Benchmark showed that with 100% compression (incompressible data) that the WD_Black AN1500 2TB Add-In-Card scored 17,083.61 points in the standard test with 100% compression. The performance dropped down a bit to 14,599.54 points when we re-ran the test at 46% compression using the application preset. 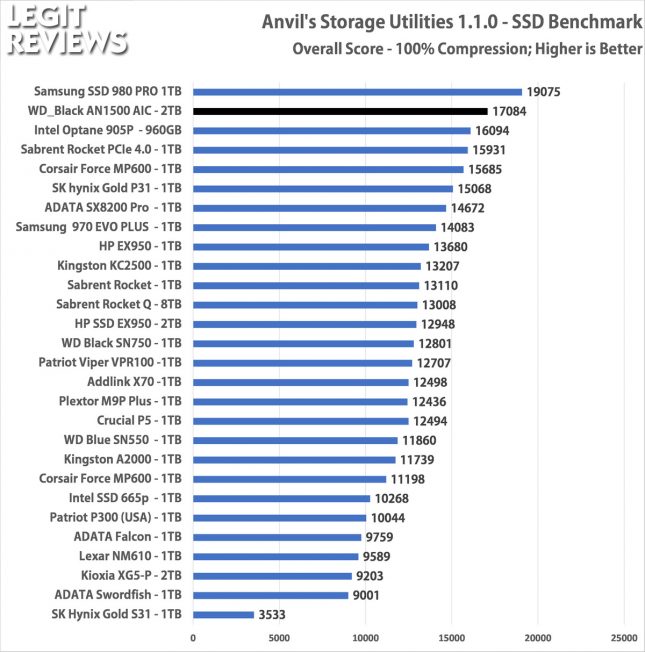 When we chart the score of the standard benchmark (100% compression) against all the other drives that we have tested on this system the WD_Black AN1500 comes in second place! The only drives that performs better is the Samsung SSD 980 PRO 1TB, which is the first fully native PCIe Gen 4.0 NVMe SSD for the consumer market.