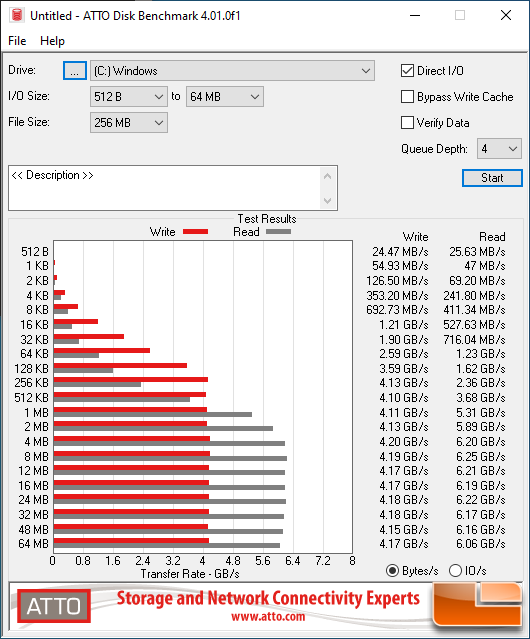 Benchmark Results: On ATTO Disk Benchmark found that the WD_Black AN1500 2TB NVMe SSD reached 4.20 GB/s write and and 6.25 GB/s read at the standard queue depth of 4. The read and write speeds on peaked at the I/O size of 4 or 8 MB. 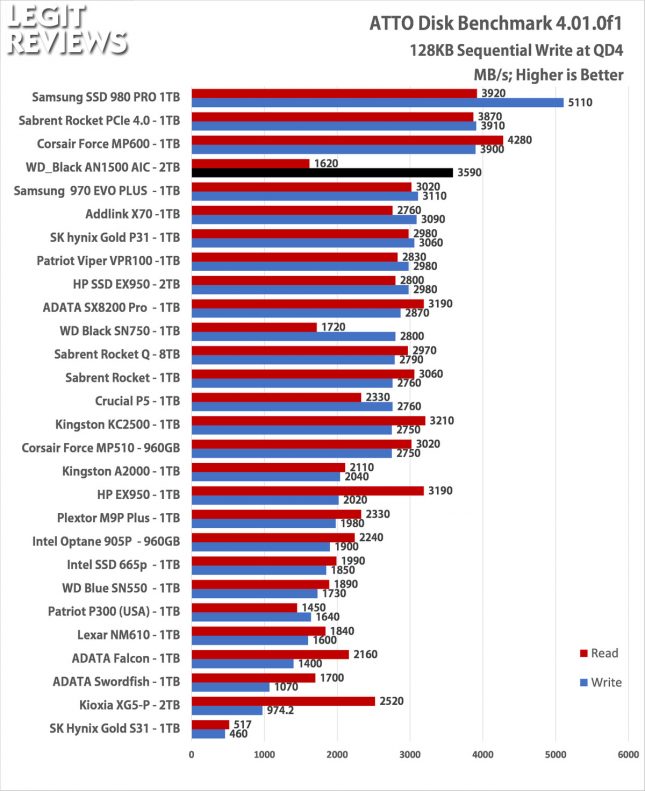 The read speed is a bit lower than expected, but it was lower on the WD_Black SN750 1TB SSD, so at least WD is consistent with their low read performance. 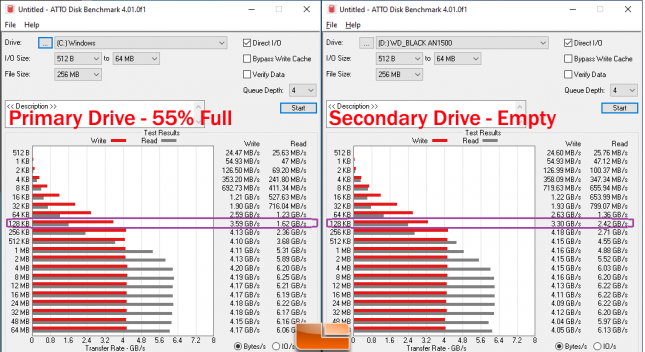 We really weren’t happy with how performance looked in ATTO Disk Benchmark, so we ran some more tests. We found that the the 128KB sequential read/write speed varied significantly (800 MB/s on the write test) with the AN1500 as the primary drive and as an empty secondary drive. 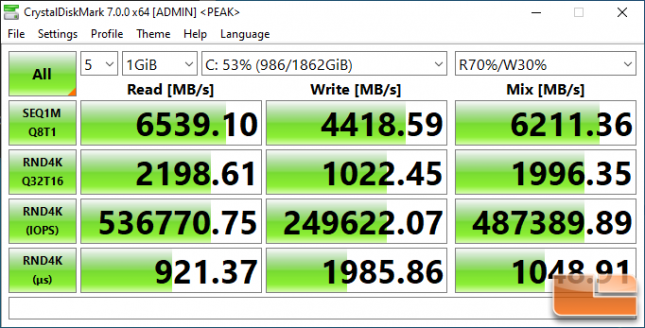 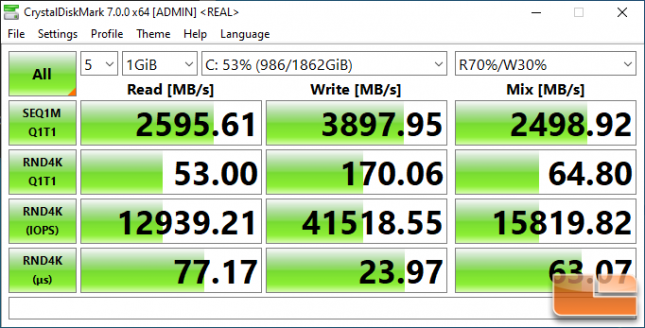