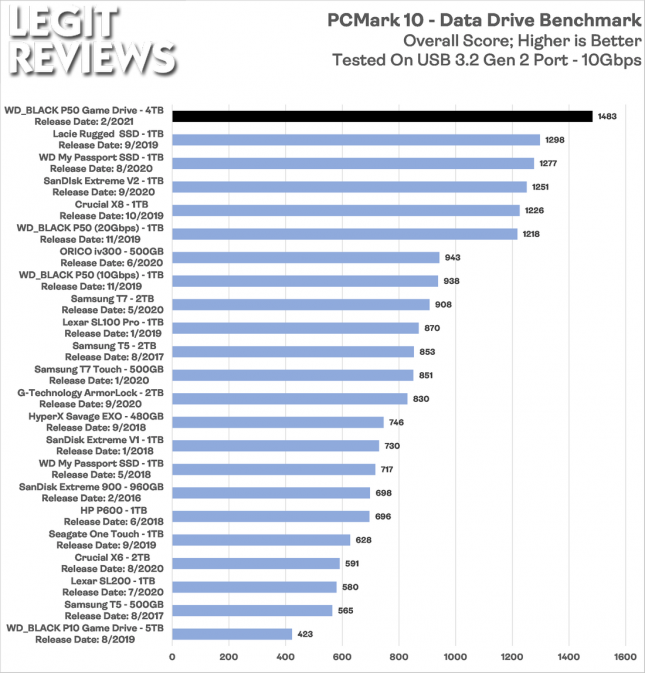 On the PCMark 10 data drive benchmark the WD_BLACK P50 4TB portable SSD finished with an overall score of 1483 points. That makes it the fastest drive that we have ever seen on this particular benchmark. The performance of the 4TB model was over 20% better than the 1TB model for unknown reasons. We reached out to WD about the performance of the P50 and will report back if they have any answers. 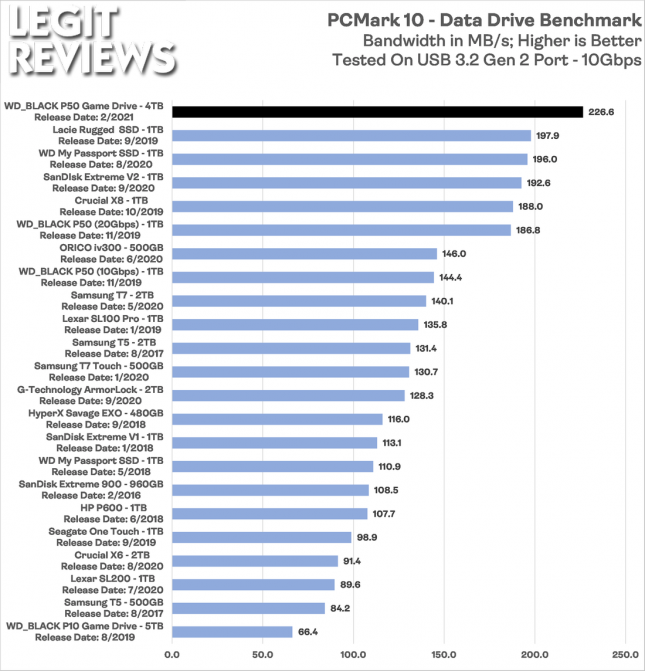 The PCMark 10 Storage Benchmarks overall score is calculated from the bandwidth and average access time sub-scores. The bandwidth subtest is defined by UL in PCMark 10 as bandwidth = bytes / busy_time_for_read_and_write. The results here showed that the P50 4TB Game Drive averaged 226.6 MB/s during this trace test. 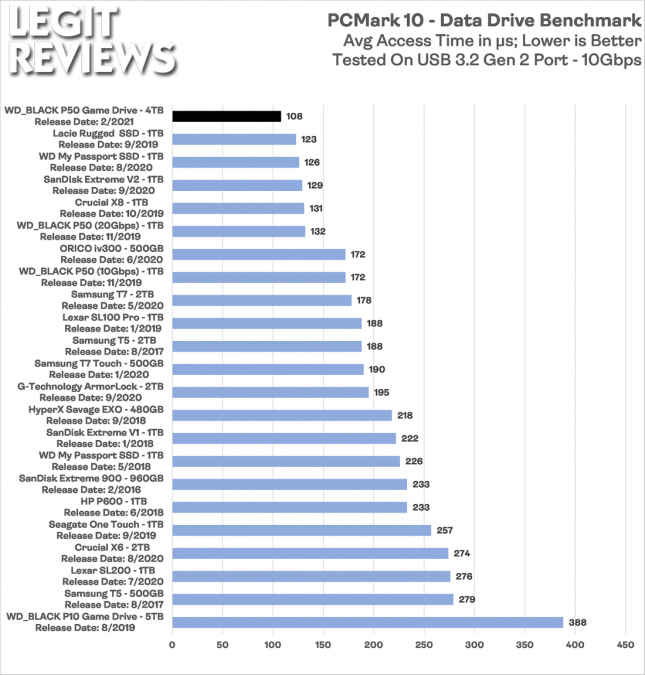