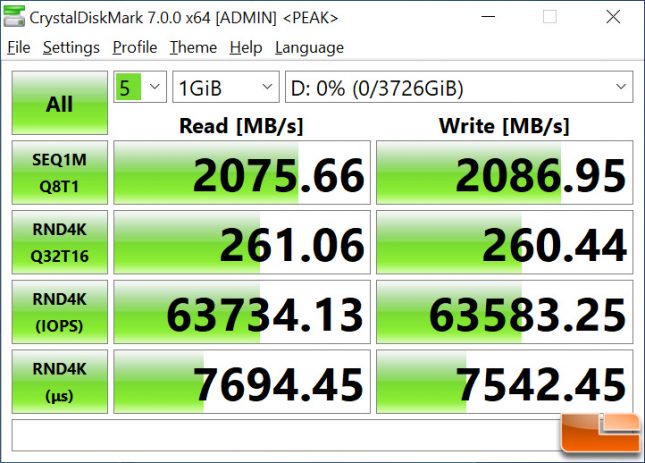 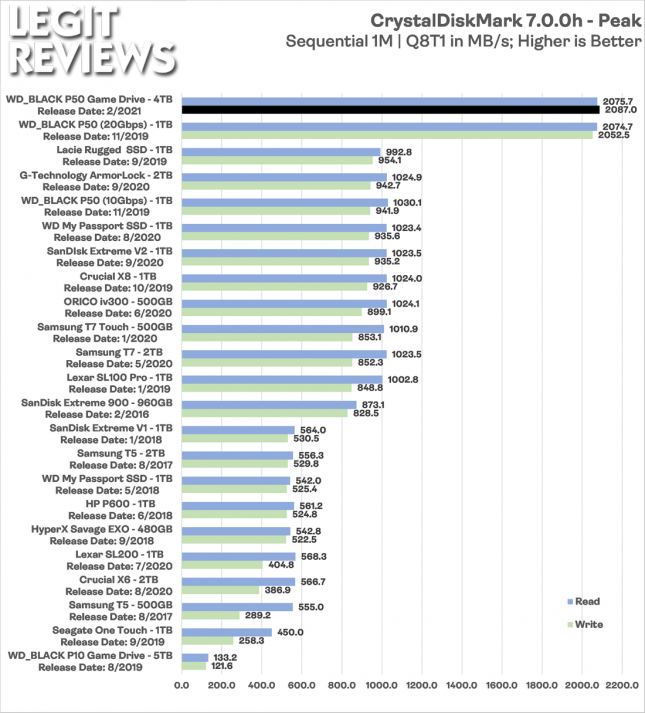 Benchmark Results: When compared to the other leading portable SSDs on the market right now, the WD_BLACK P50 Game Drive is clearly the fastest that we have tested to date. The 4TB drive performance is virtually the same as the 1TB model. Western Digital did not update the specifications for the 4TB version of the P50 Game Drive and we see why. 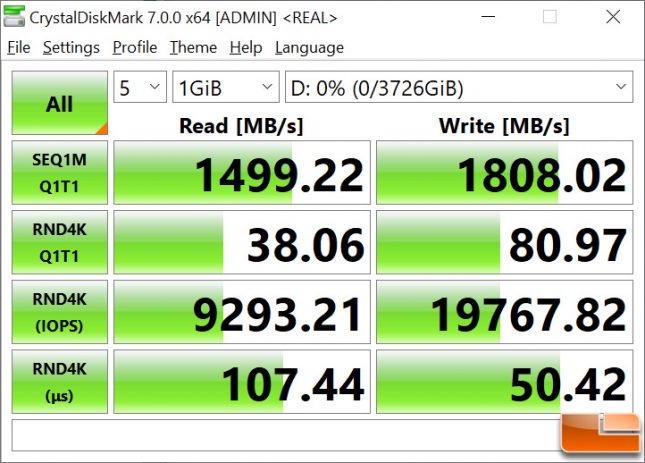 Benchmark Results: With the queue depth lowered to just one the performance went down a bit and we topped out at 1499.22 MB/s read and 1808.02 MB/s write. This is is a bit more realistic than testing a portable drive at a queue depth of 8. 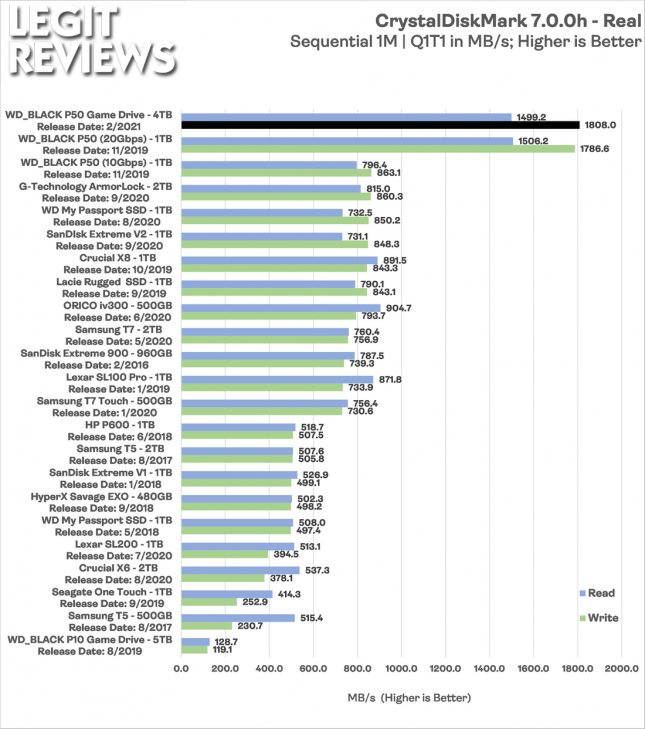 Benchmark Results: Almost all of the drives get less performance at QD1 and this is expected. The WD_BLACK P50 Game Drives that were run on the USB 3.2 2×2 interface (20Gbps) were hands down faster than the competing external USB drives. 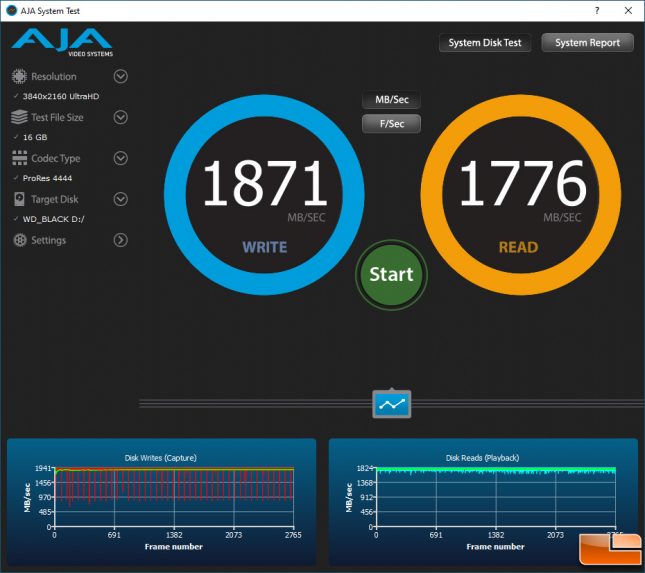 Benchmark Results: The AJA System Test results showed the WD_BLACK P50 4TB Game Drive was capable of averaging 1776 MB/s read and 1871 MB/s write. The capture and playback was fairly smooth as performance as you can see in the performance over time charts shown in the results above. 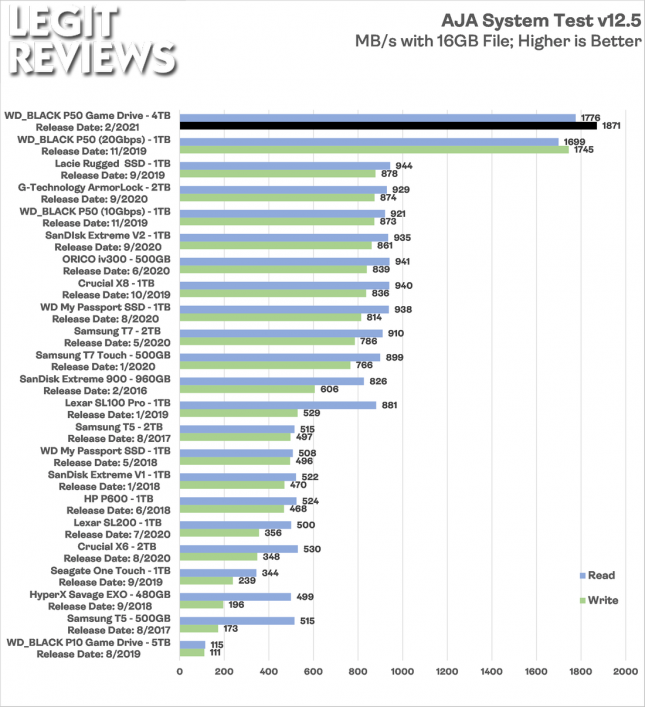 Benchmark Results: The WD_BLACK P50 4TB delivers the best speeds of any portable SSD that we have ever tested on AJA System Test! 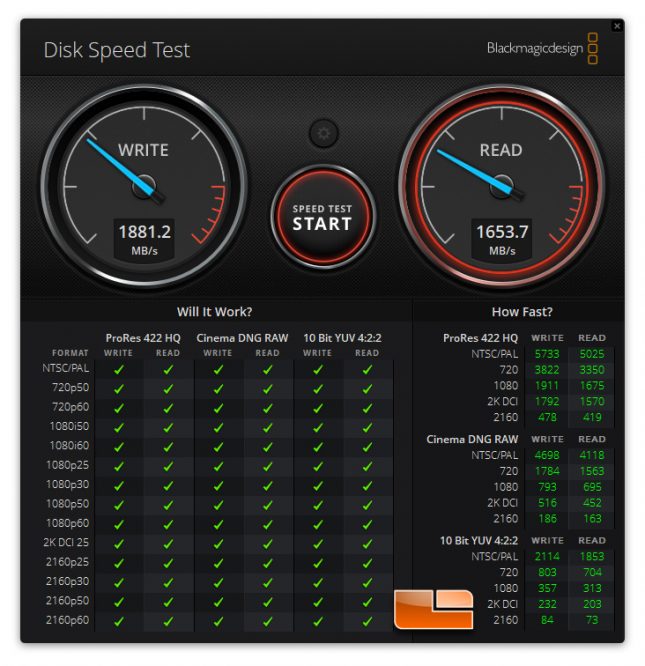 Benchmark Results: The WD_BLACK P50 4TB drive knocked it out of the park and got checkmarks of approval for every format in this benchmark. Speeds topped out at around 1654 MB/s read and 1881 MB/s write on the Disk Speed Test by Blackmagic. The results show this drive will handle all 1080P and 4K content just fine!