Inside The WD My Cloud EX4

We’ve never seen a NAS server from WD before, so we cracked up the case to take a look at the build quality and to see what components were being sourced for the WD My Cloud EX4. 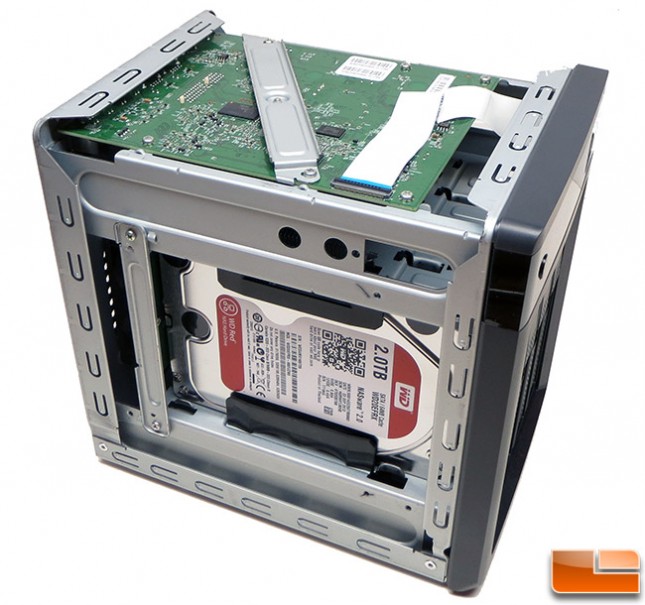 With the black metal cover removed we were able to take a look inside the WD My Cloud EX4. The layout is very simple with the motherboard mounted on the top, and the drives located below that. There are just two wires inside the EX4; one for the front LCD and the other for the rear cooling fan. Both were proper sized with no extra cabling that would impede airflow or anything like that. 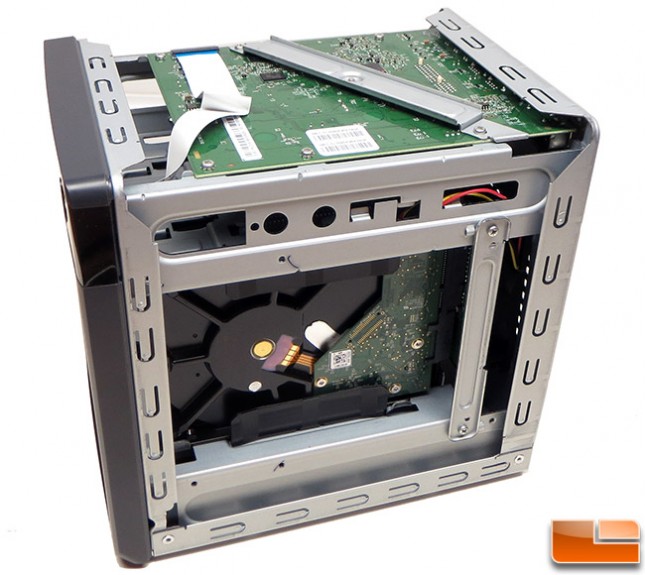 Here is a shot at the right side of the case with the cover removed. Not much to see besides the bottom of a hard drive and of course the bottom of the motherboard again. 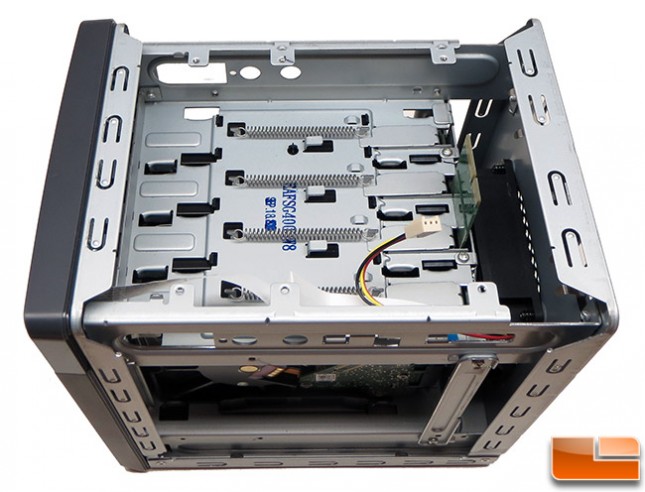 With the motherboard removed you can see what appears to be a PCIe slot that connects the four SATA III hard drives to the motherboard. You can also clearly see the spring loaded drive bays, front panel ribbon and the 3-pin fan header for the one 80mm fan that cools the entire NAS server. 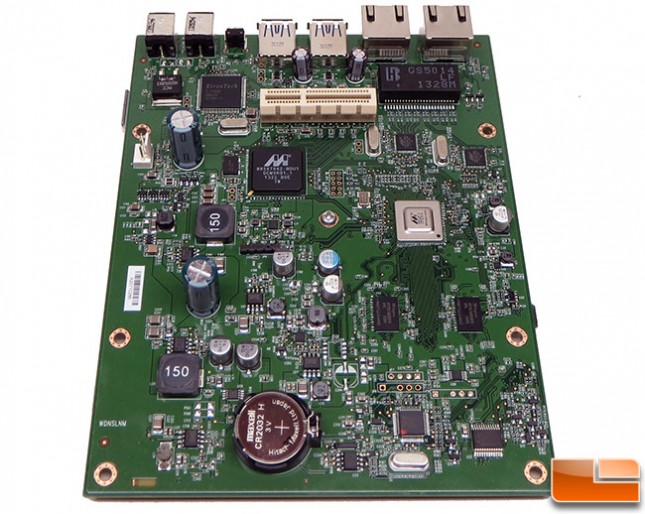 Here is a full look at the X20710286 motherboard used on the WD My Cloud EX4 NAS server. The layout is fairly simple and very clean as you can see from the image above. We were a bit shocked to see that WD didn’t use all solid-state capacitors as four were standard electrolytic style capacitors. 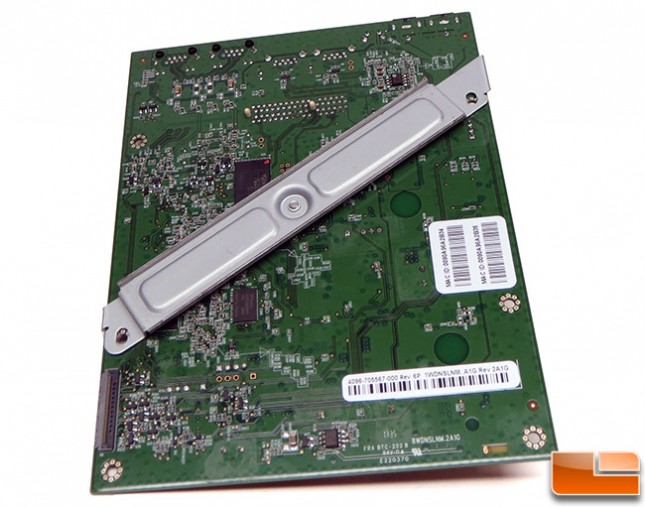 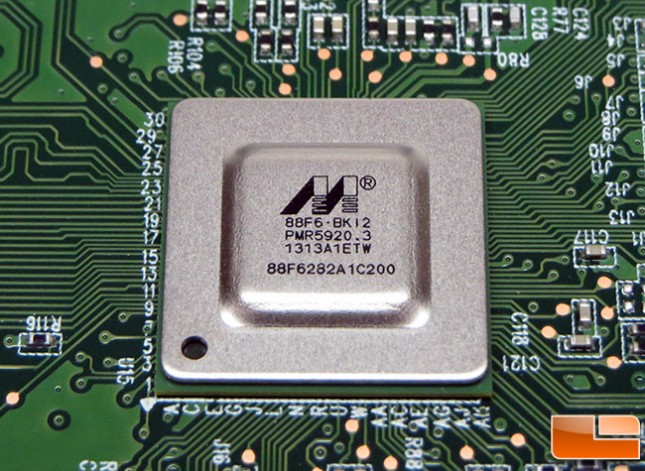 This silver cover capped Marvell 88F6-BK12 is the embedded SoC that powers the unit. The WD My Cloud EX4 uses the Marvell ARMADA 300 embedded processor (ARM based 88F6282 processor) and it is a single-core solution that runs at 2.0GHz. 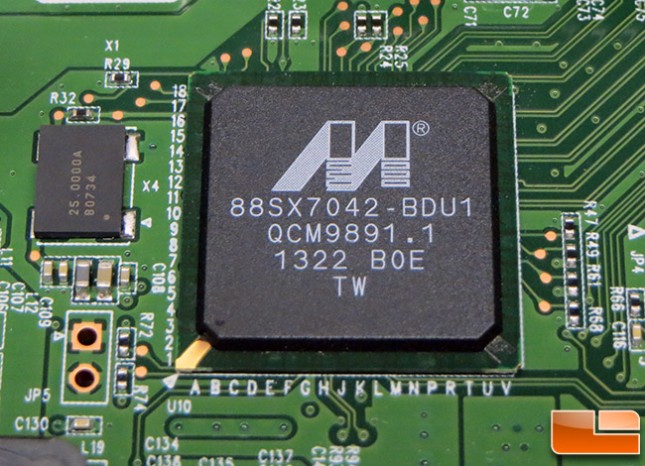 A Marvell 88SX7042-BDU1 was the PCI-E to Serial ATA Controller used by WD on the EX4. This controller has been around for over five years and we have seen it used on other networked attached servers and RAID cards. 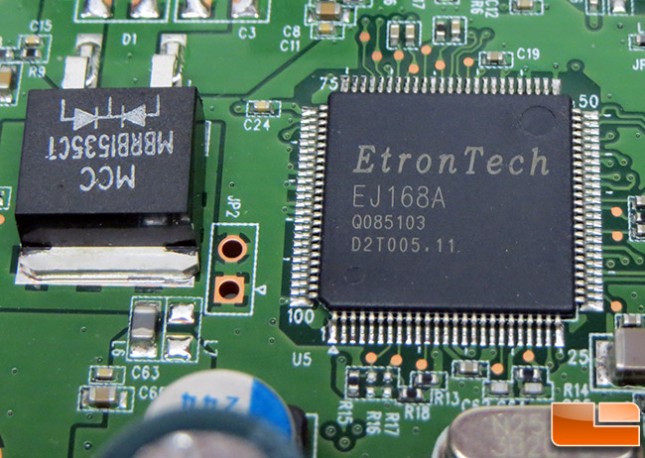 WD went with the Etron EJ168 USB 3.0 Host Controller for the pair of SuperSpeed USB 3.0 ports that are found on the rear of the EX4. 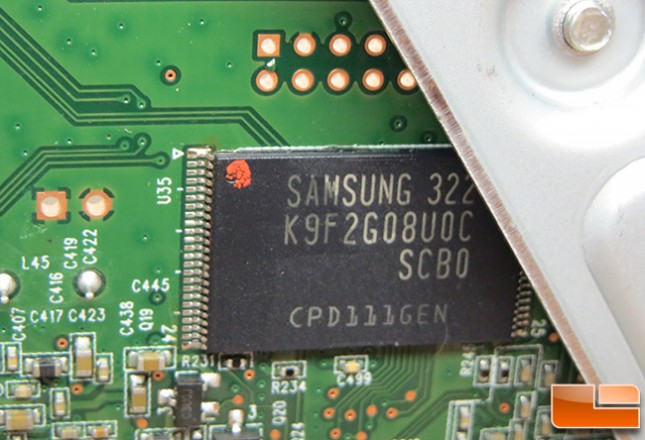 WD placed a single 2GB SLC NAND Flash memory chip on the board to handle the operating system. The part number is K9F2G08U0C. 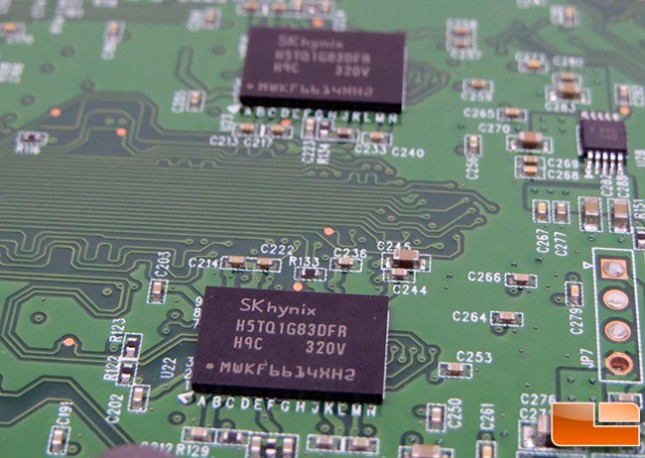 The WD My Cloud EX4 has 512MB of DDR3 1066MHz memory that is not upgradable. Our breakdown of the motherboard discovered four SKhynix H5TQ1G83DFR DDR3 memory chips that are each 128MB in size.

Lastly, we were shocked to see WD didn’t use all solid-state capacitors on the EX4. WD is using capacitors labeled Nichicon and Taicon, which are both part of the Nichicon Family of capacitors. These capacitors aren’t considered to be cheap. Our capacitor expert on staff said that Nichicon generally makes very high quality products. Taicon is a subsidiary of Nichicon and are basically Nichicon’s “budget” line and are usually very good too. Both are considered better than Teapo’s.

Now that we know what the WD My Cloud EX4 is and what is inside of it, we can move along and setup the NAS server!