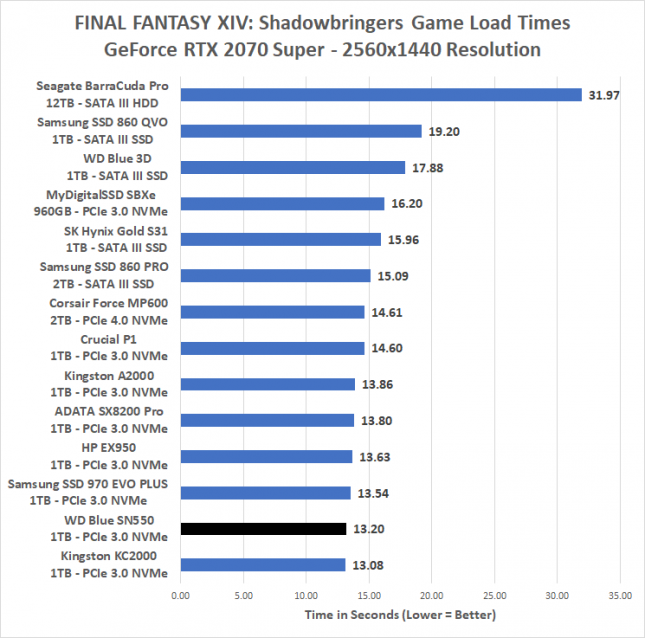 Benchmark Results: Game load times are very important to our readers and the WD Blue SN550 1TB drive really shocked us here with game load times ranging between 12.7 seconds to 13.5 seconds. The average game load time ended up being 13.20 seconds and that makes it the second fastest in this benchmark. We never expected a DRAM-less drive to make it into the top three, but Western Digital must have done some magic here!