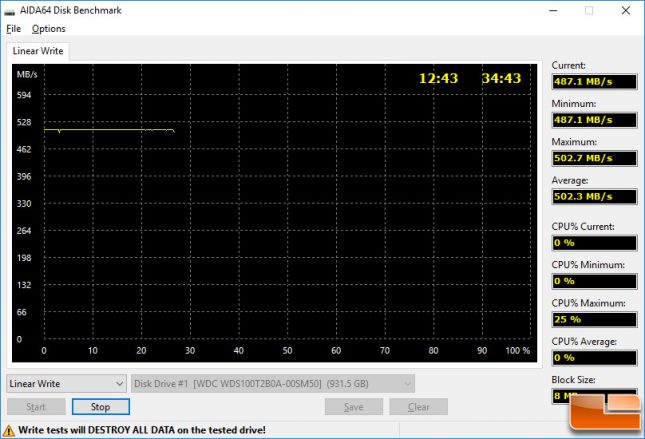 When you take a look at extended sustained write performance you’ll see that the performance never significantly dropped off and we quit after writing to 27% of the drive. Not many people will be writing over 250GB of data to the drive without a break, so we are pretty happy to see this value drive handling such an intensive task with ease. The average speed is right around 502 MB/s, which is impressive to say the least. 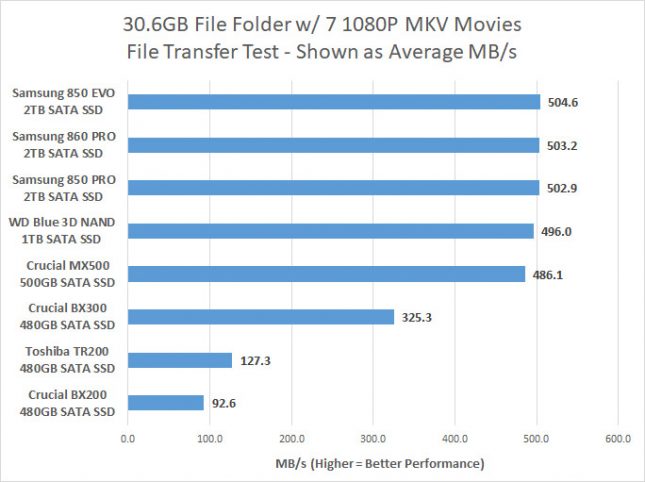 When it comes to writing large amounts of data to the WD Blue 3D NAND 1TB drive came in right at 496 MB/s when writing over 30 GB of movies to the drive, which is just shy of the average we saw in the linear write test in AIDA64. You don’t see real world numbers that close to benchmark applications that often, but we aren’t going to complain as the WD Blue 3D NAND 1TB drive is performing along side the Samsung 860 and 850 series drives!