Let’s see how real-world was when writing a movie folder containing seven 1080P movies over to the WD Blue 2TB hard drive. For this test, we are going to simply stress write performance by transferring over a 30.6GB folder of movies off of a PCIe NVMe SSD to the drive being tested to see how performance looks. 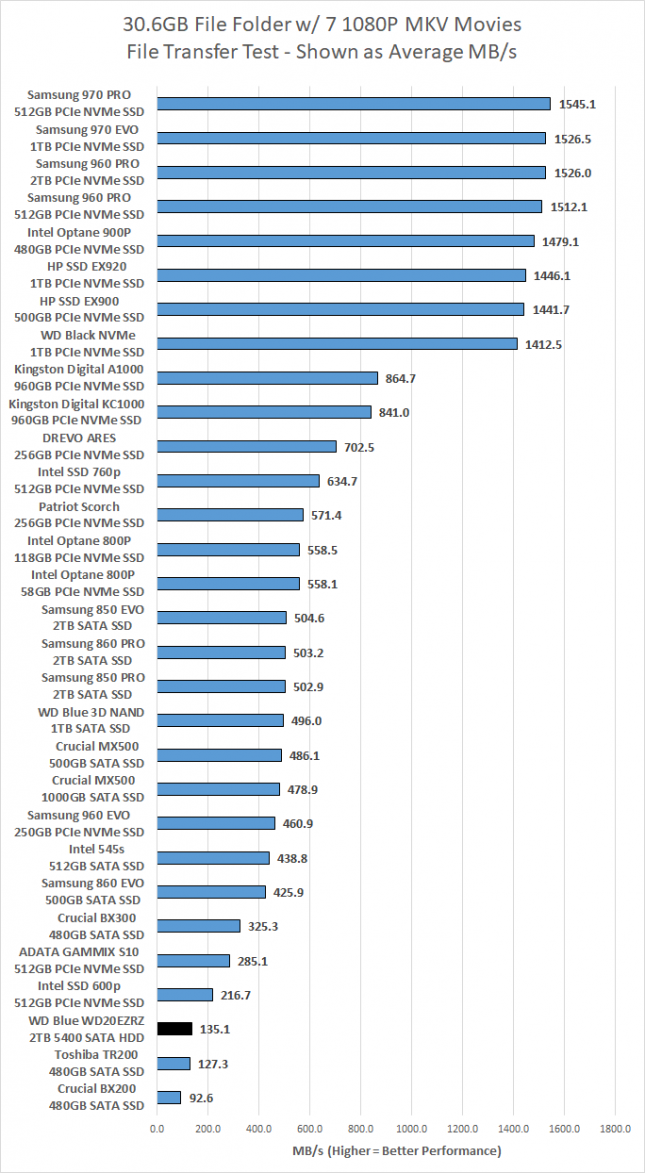 The WD Blue 2TB 5400ROM hard drive (model WD20WZRZ) finished our file transfer test with an average of 135.1 MB/s. This is not a super impressive score, but it was actually faster than some of the entry-level SATA SSDs that use TLC NAND Flash memory and an SLC cache that often fills up during long write operations. 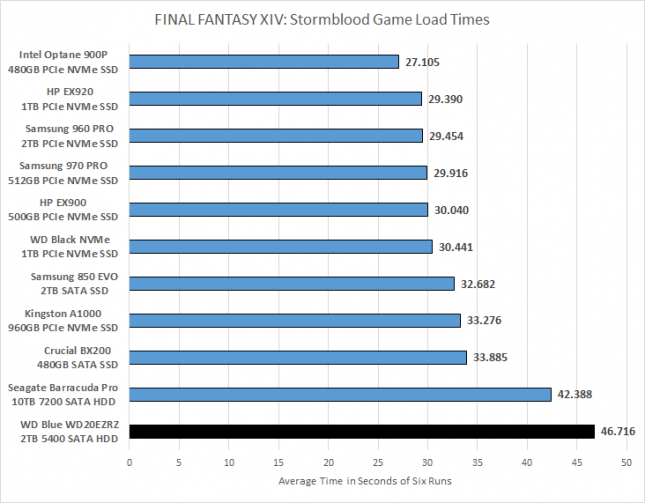 We recently added game load time testing to our test suite and haven’t had time to test all the drives, but as one might expect the WD Blue 2TB hard drive didn’t do too well against the other drives that we have tested. We averaged 46.7 seconds on the game load times, which is about 4.5 seconds slower than a 7200 RPM drive and nearly 20 seconds slower than an Intel Optane 900P PCIe NVMe SSD with 3D XPoint memory technology. The WD Blue 2TB is super affordable and holds tons of data, but it’s slower than most SSDs as you can see from the chart above.