Most review sites don’t bother reviewing hard drives these days, but after reviewing 18 different Solid-State Drives in 2018 alone we needed a break. Old school hard drives are still the most cost effective way to store gobs of data and if you aren’t accessing that data often, there is nothing wrong with having a hard drive in your PC. The market is flooded with relatively affordable entry-level SATA and PCIe NVMe drives that are ideal for your OS and most used applications, but a secondary hard drive is great for storing photos, movies, games and other data you don’t use daily. The best part about hard drives is that they are super affordable. Western Digital offers Blue Series 3.5-inch desktop hard drives in 5400 RPM and 7200 RPM classes. Today, we’ll be taking a look at the entry-level WD Blue 5400 RPM class hard drive series that starts at just $45.90 for a 1TB drive.

All WD Blue 5400 RPM class drives are priced below five cents per GB in US dollars and this is why people are still buying them. The lowest priced entry-level 1TB M.2 PCIe NVMe SSDs are currently selling for around $0.30 per GB and entry-level 1TB SATA SSDs are around $0.25 per GB, so hard drives are 5-6x cheaper than SSDs. 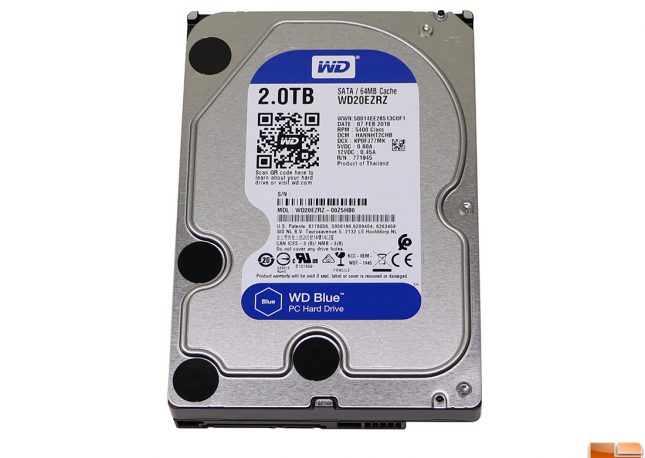 Today we’ll be taking a closer look at the WD Blue 1TB 5400 class model that is sold under part number WD20EZRZ for $59.99 shipped or $0.03 per GB. All WD Blue 5400 Class SATA III 6 Gb/s drives have a rotational speed of 5400 RPM and 64 MB of cache. The performance of the WD Blue 2TB hard drive is rated as being 147 MB/s and that is for sustained read/write speeds. Performance usually gets faster as the capacity increases, so be sure to check out the specification table below. 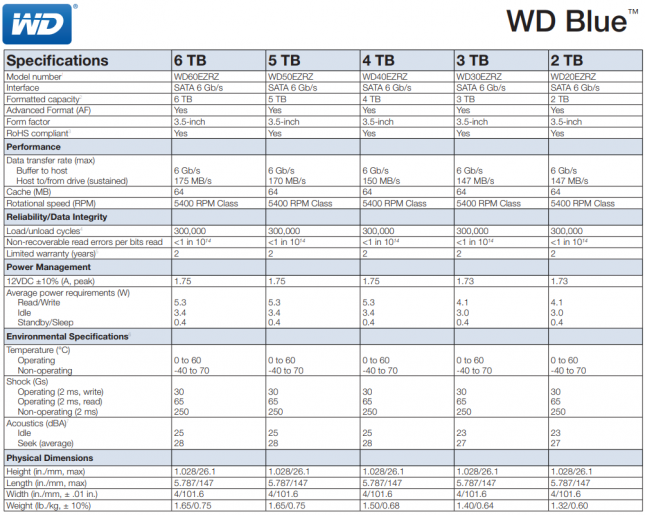 One thing that we should point out is that the WD Blue 5400 class hard drives are backed by a 2-year limited warranty. We highly advise checking your warranty status as soon as you get the drive as some 3rd party retailers on Amazon and other sites are selling new OEM drives. The bad thing about OEM drives it that they don’t carry any end user warranty since the system they were pulled from was covered by umbrella warranty plan by that company. We looked up our retail purchased drives serial number and it shows that it is under warranty until March 2020, so all is well. If your drive comes back as an OEM drive with no warranty you might want to return it.

The WD Blue 2TB hard drive uses a standard SATA II 6Gb/s connection interface, so you have the SATA power connector on the left and data port on the right. This drive is 26.1 mm thick and should have no issues fitting in any 3.5-inch drive bay or cage. 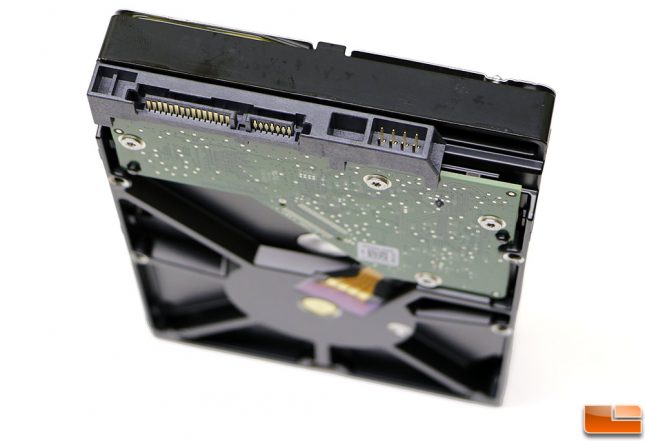 On the back of the drive you have the PCB board that is held down with four screws that contains the drives controller, cache and other components on the other side. This board is replaceable and you’d be amazed by how many you can find for sale on eBay where older PCB versions can fetch anywhere from $20 to $80. 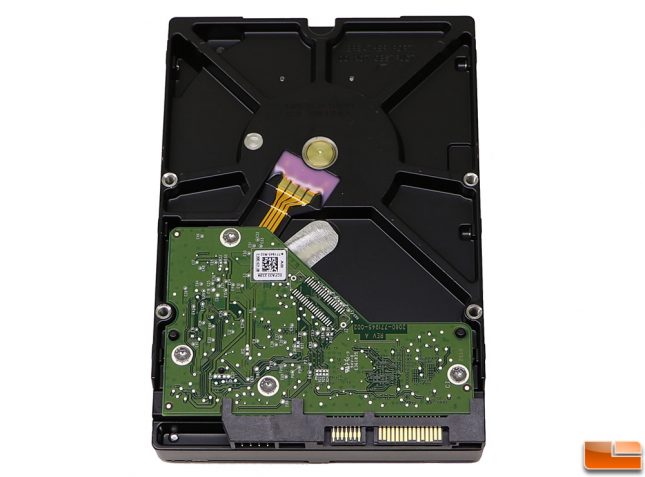 Let’s take a look at the test platform and then see how this old school rotational hard drive performs in the benchmarks.