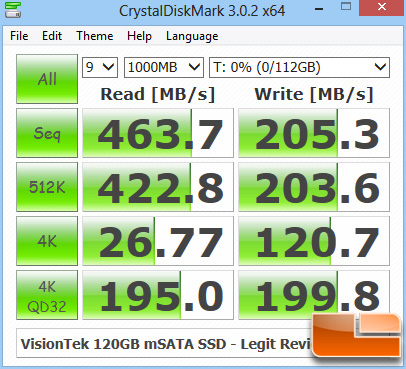 Benchmark Results: More or less the same results we saw with the AS-SSD benchmark which again drops it in the middle of the pack in the drive comparison grid. 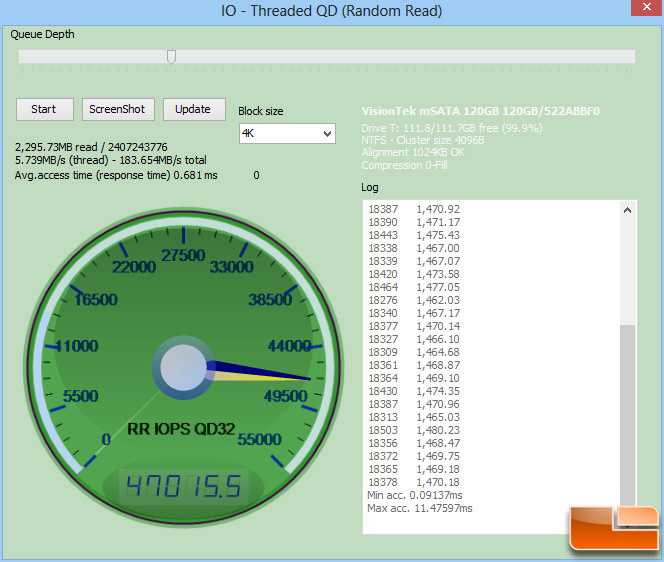 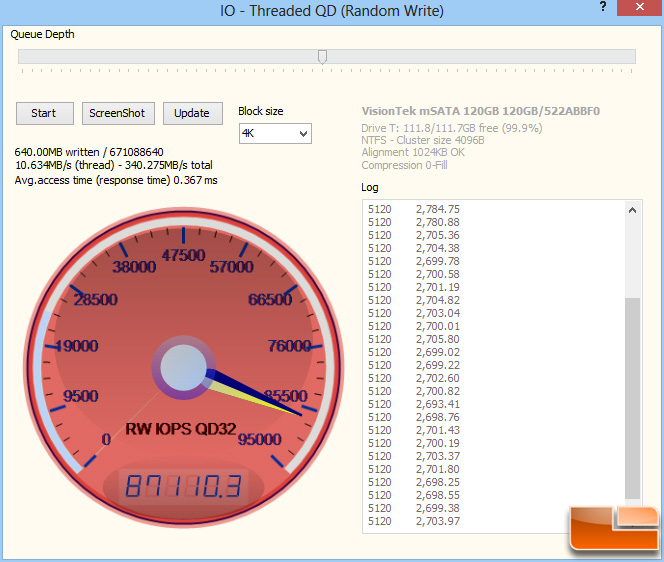 Benchmark Results: IOPS writes are actually very strong with the reads coming in just under half the score – a better ration than we saw with a good chunk of the other drives. 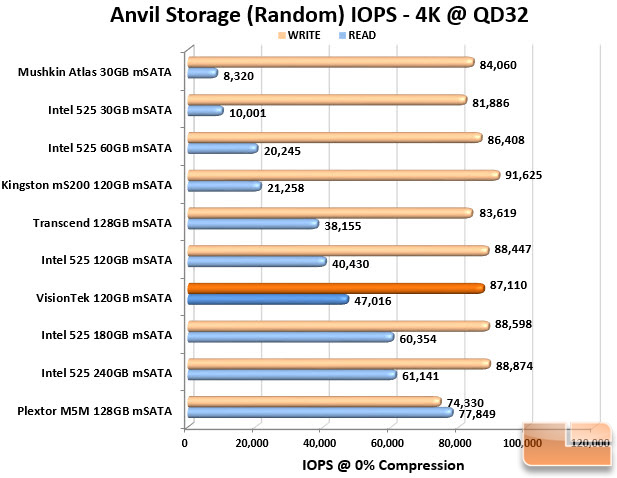