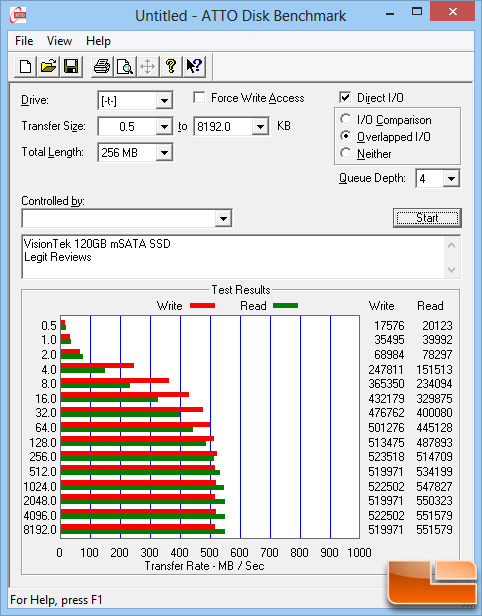 Benchmark Results: As usual, the ATTO benchmark is where the SandForce controllers shine as they take full advantage of the compressible nature of the data being used. As such, it fares very well in the comparison. 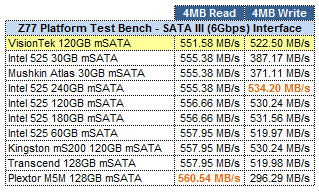 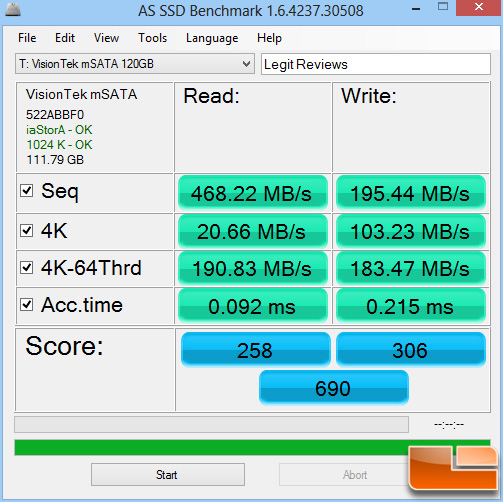 Benchmark Results: The AD-SSD benchmark is where the wheels come off a bit as is the case with the SandForce controllers and be limited to the four channels doesn’t help either. The writes drop off considerably but still fast enough to rank midway in the comparison. 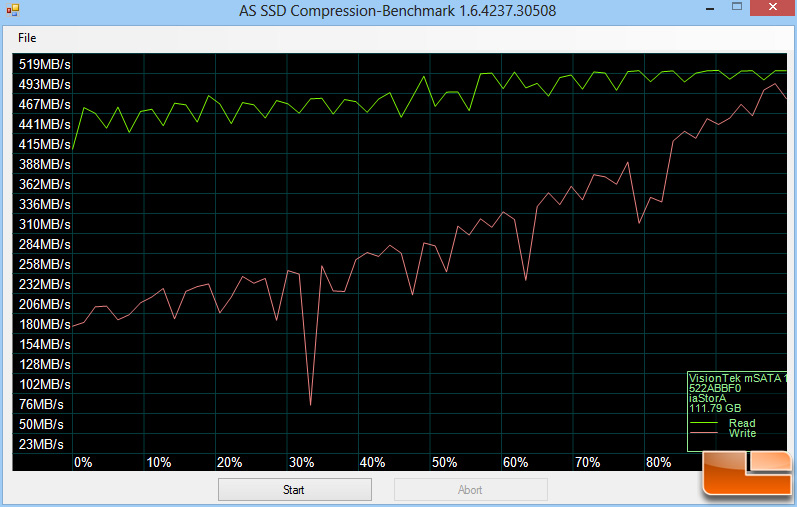 Benchmark Results: This is the typical slope we see when data compressibility plays a role in how the drive performs.