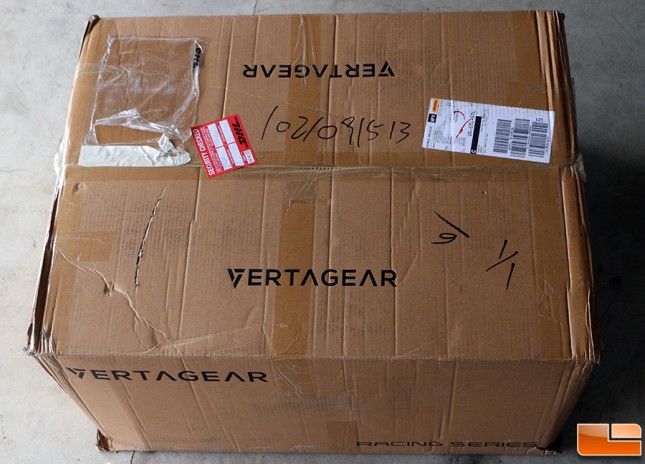 Our sample arrived overnight from Taiwan by DHL and it looks like it took a beating on the overnight journey to America. The front of the box had a DHL sticker on it showing that it had been security checked in Taiwan. 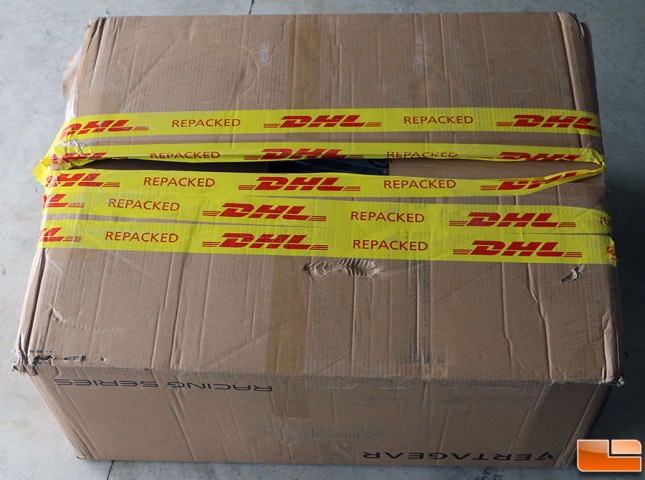 The bottom of our box had clearly been opened and showed that it had been repacked by DHL. 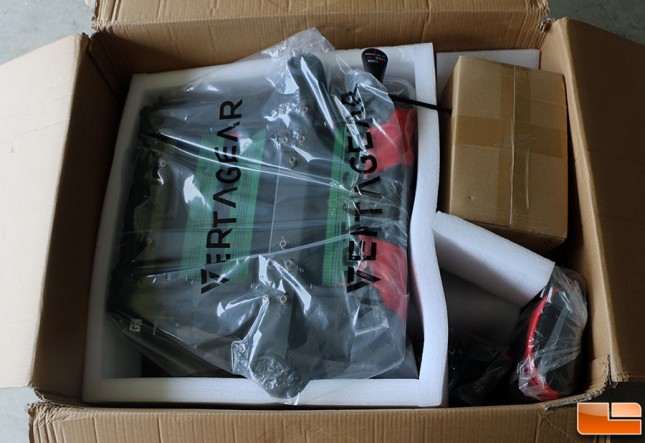 We opened the box from the bottom and inside it looks like everything was still intact. All the pieces that were covered in PVC leather were wrapped up in plastic to protect them and the main adjustable seat height bracket was in its own box. 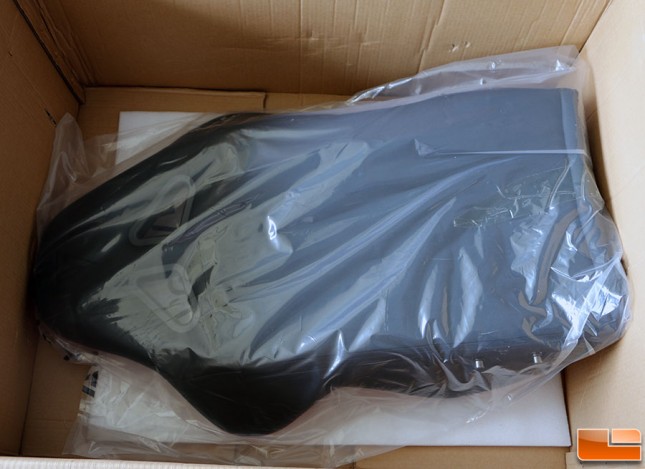 Here is a shot of all the components that come inside the box for the Vertagear SL2000 gaming chair. At first glance it looks like all the pieces made it okay, but we later noticed a few issues that we’ll hit on in a bit. Inside the box you’ll find the seat base, back seat, metal base fram, gas lift, telescopic cover for the lift, side covers, five star foot base, wheels, lumbar support cushion, head pillow and a bag with the instructions, required Allen wrenches and one pair of Allen head bolts. 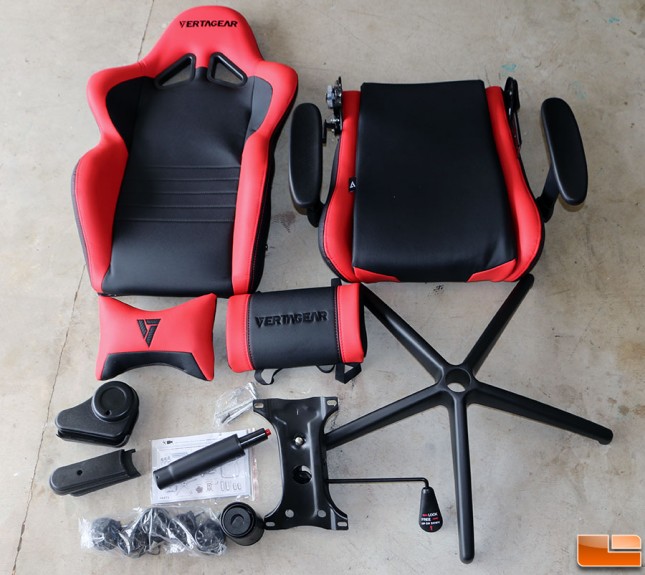 We thought the parts bag was missing some parts as just two Allen head screws were in the bag, but that was because all the rest of the screws, locking washers and washers are pre-threaded in their final installation locations. This means you need to remove all of the bolts before you put the chair together, which is something different, but at least you know exactly where every bolt should go! 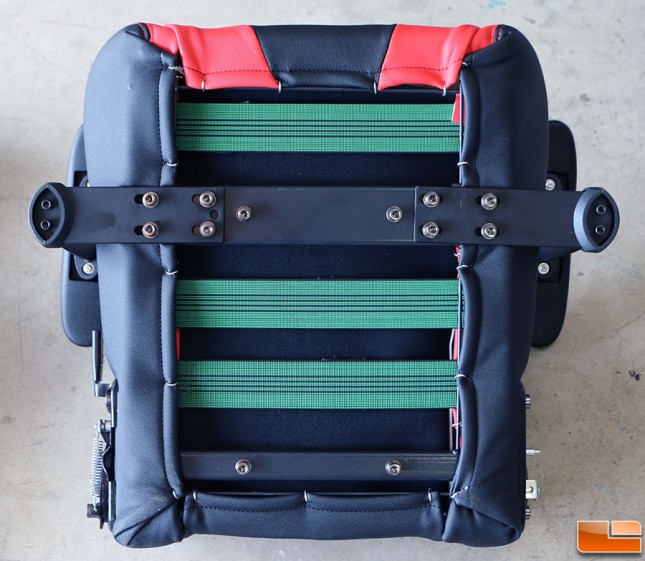 here is a look at the bottom of the seat that shows the arms are pre-attached with four bolts on each one and you’ll see the four inner bolts that need to be removed in order to attach the metal base frame for the gas lift. 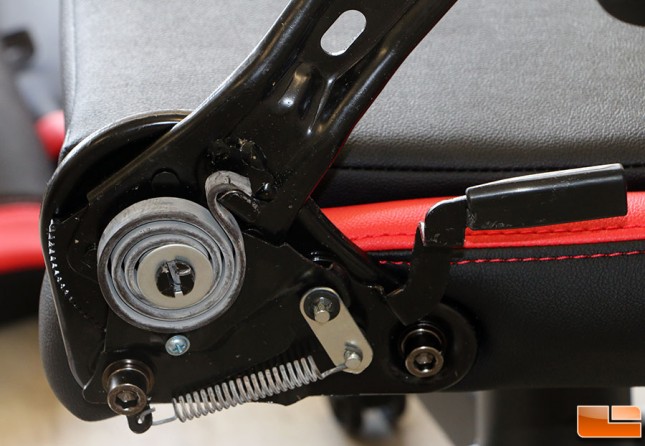 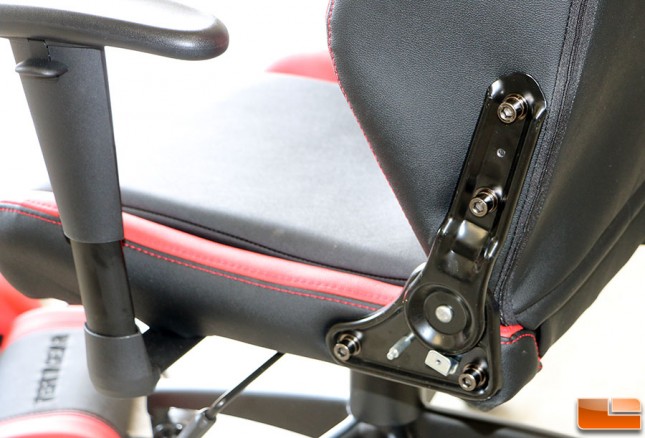 The other bracket doesn’t have the recliner mechanism and just needs to the two covers installed after the seat back is installed.

Assembly takes less than 10 minutes and one person can easily assemble the SL2000 without having to struggle with anything. The chair comes with three Allen wrenches, but you’ll need a Philips screwdriver to attach the side covers. We’ll skip how to assemble it as the processor is very straight forward and Vertagear has made a video that shows the entire assembly processor from start to finish. Our SL2000 series gaming chair needed a pair of additional side panels screwed on, but other than that the assembly video is accurate!