Thermaltake began making gaming peripherals in 2010 through the brand Tt eSPORTS to appeal to the growing PC gaming market. Along with Tt eSPORTS lineup are a number of keyboards, headsets, controllers, gaming chairs, etc. Thermaltake is a recognizable name in the world of cooling solutions and computer chassis but not as popular in peripherals. Most of their Amazon reviews are positive so it may just take a little bit of advertising to push their way into the spotlight. Tt eSPORTS recently released the CRONOS Riing RGB 7.1 gaming headset (part number HT-CRA-DIECBK-20) that is currently retailing for $74.99 USD on Amazon. We have our hands on the headset with time invested in it wrapped around our ears. So for this review, well go over packaging, the specs, our take on the build, as well as the sound quality and our final thoughts. 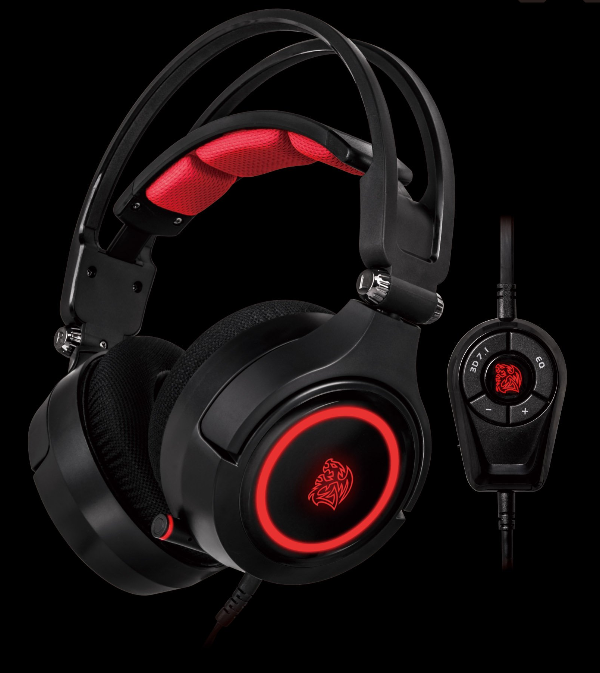 This is the first headset I have personally tried by Tt eSPORTS and wasnt sure what to expect at first. The first impression before opening the packaging was that it seemed a little heavy. Hoping the weight was coming from the packaging, I was hoping the headset wasnt too heavy, otherwise it would be bothersome to wear for a long period of time as it could lead to fatigue.

As a quick overlook, the headset features a lighting system that a lot of gamers have grown to love (RGB) but with 7.1 giving gamers the edge by helping the player locate footsteps in FPS games with 50mm drivers. 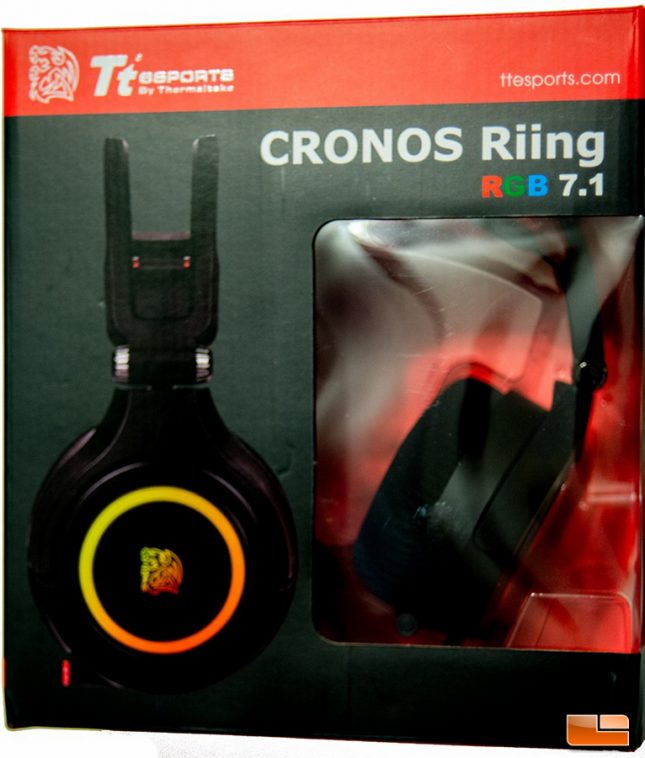 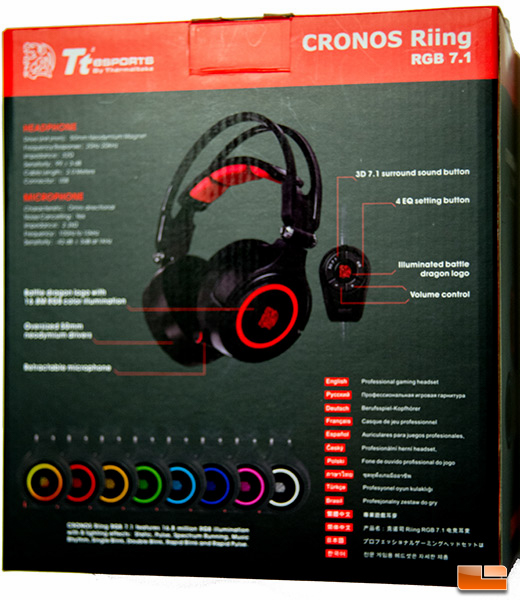 The Tt eSPORTS CRONOS Riing RGB 7.1 gaming headset comes housed in a cardboard box. The cardboard quality isnt the best. After opening the box, I noticed a small dent that must have occurred during transportation. This did not damage the product. When I opened the box, the plastic support that holds the headset was somewhat flimsy along the edges. This made it difficult to remove as I tried to be careful not to break it. Inside the box was the quick installation guide and warranty policy booklet. 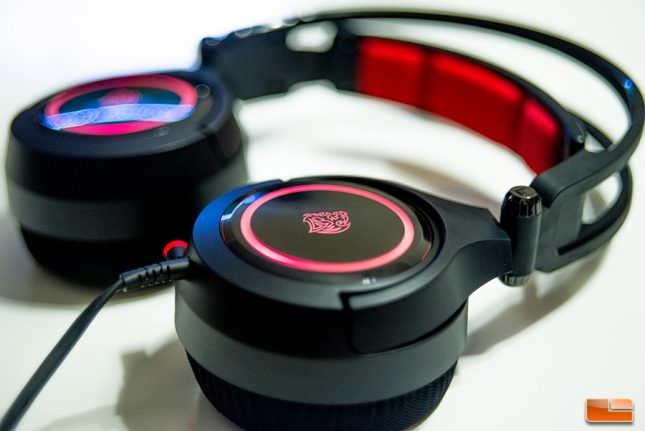 The immediate impression when first pulling out the headset was how stiff the ear pads were and the heaviness. The design of the earcups are nice with the RGB ring around the illuminated Tt eSPORTS logo.

We just finished the introduction of the Tt eSPORTS CRONOS Riing RGB 7.1 headset by going over the price, warranty, and some of the specs. On the following page well go more in depth and describe some of the specifications as well as the drivers used to control the RGB lighting and other features of the headset. Well finish with our thoughts on the products performance in music, movies, and gaming.