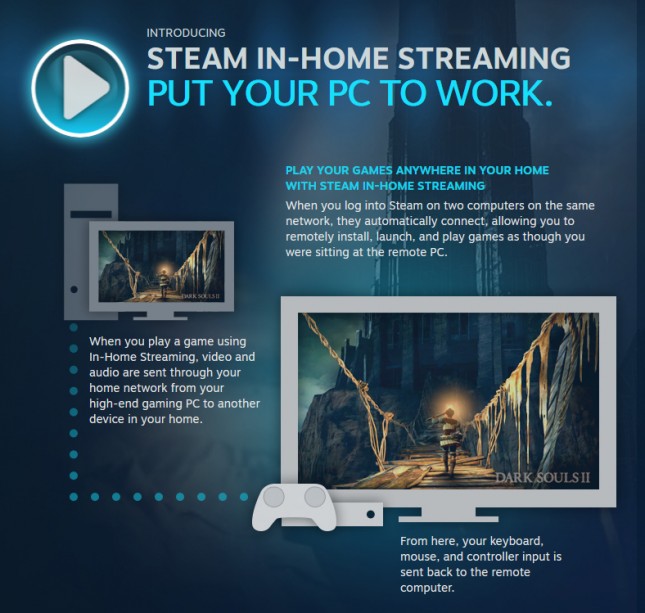 Steam’s in-home streaming service just had its official launch, and with some configuration, it has the technical capability to be run as a users personal cloud gaming service. The premise is simple enough, rent a VPS (virtual private server), install Steam, create a VPN (virtual private network) connection with Hamachi, and stream games to a capable PC with reasonable bandwidth.

The server will provide a platform for hosting the games to be streamed. This makes it a good option for certain users for a few reasons. VPS providers typically offer several options for their machines with a range of prices with scalable hardware with little to no actual configuration from the user. Another upside is that VPS hosts often have higher network priority and bandwidth over standard consumer offerings.

The VPN through Hamachi will serve to connect the host machine to the remote client. To circumvent Steam’s restriction of both computers having to be connected to the same network, Hamachi creates a virtual LAN connection even going as far as installing a driver for its virtual NIC (it’s also quite handy for remote file sharing without having to set up a vulnerable externally-visible server).

Before getting into cloud streaming, let me first say that Steam’s in-home streaming is a miracle of modern technology. Setup and playability is far above any other streaming service I’ve used in the past. This is largely because both the host and client machines are on the same network and latency stays within single digit milliseconds for the most part, though obviously your mileage may vary depending on how up to date your networking is and whether you are on a wired or wireless network.