Steam’s in-home streaming has been available via private and public betas for some time, but now the official release is available for all. The streaming tech allows users to stream and remote-play any games on the host machine. As long as the host and client machines are running an operating system that can run Steam, the computers will automatically connect once both systems are logged into the same account on the same network. Gone are the days of being restricted to a single machine or only playing certain games on a low power laptop or HTPC. 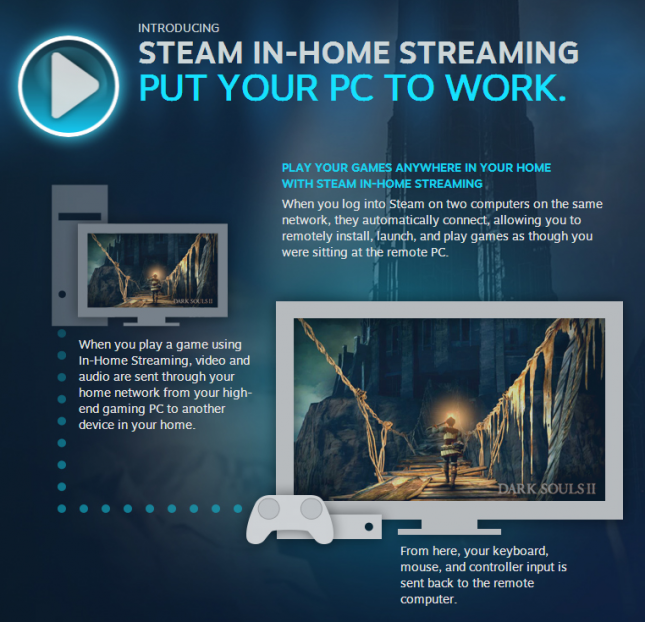 While Steam limits users to being on the same network, the only other real-world limitation to streaming your games from anywhere is bandwidth. Users have reported success in tricking Steam into thinking a remote client is on a shared network via LogMeIn’s free VPN software Hamachi, just be sure your network’s upload speed is up to the challenge!