NVIDIA has several partners that offer VPSs which utilize their GRID technology. Amazon Web Services was chosen for testing based on their low price($0.76/hr) and the ease of setup. In the AWS marketplace, Amazon offers a GRID instance powered by 8 Sandy Bridge Xeon cores, 15GB of RAM, 64GB hard disk storage(expandable for $.05/month), and a Kepler GK104 GPU with 4GB of VRAM and 1,536 CUDA cores (essentially a 4GB GTX 680). Amazon also provides a decent amount of bandwidth with speed tests ranging from 100-240Mbps down and 30-70Mbps up!

Keep in mind, charges will be accrued for the time that the server instance is powered on. So an end users options would be to turn the server on/off per each gaming session, or rack up the full cost of ($0.76*24 hours*30 days) coming out to a brutal $550.00 bill for a month. 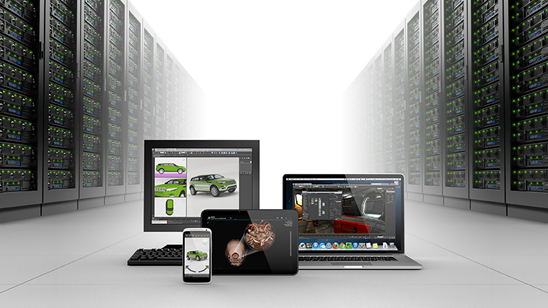 Sadly, it quickly became clear that this was not going to be an easy process. Amazon has these instances locked down like Fort Knox in the name of security, with limited permissions given to the end user. After two hours of configuration and installs, Steam and Hamachi were finally setup and ready to go. The Windows client was set up and the machines were properly recognized through Steam. With FarCry 3 installed on the server, the client attempted its first launch.

However, the system reported that the screen was locked. After realizing the instances Remote Desktop window was still open and closing it, the server’s connection to Hamachi dropped. For some reason, the server disables only the Hamachi virtual adapter while not connected via RDP. Since the Hamachi connection and drivers aren’t actually applied to physical hardware, there’s no power options involved. I can only assume that the problem lies in the ports that Hamachi uses being curiously closed only while RDP isn’t open.