Testing invloved running the system at it’s default clockspeed, and measuring voltages at IDLE, and then LOAD. Next I overclocked the system from it’s default CPU speed of 2210MHz (200FSB), then raising Vcore from 1.4V to 1.5V and clock speed to 2530MHz (230FSB) I’ve provided screenshots of the Smart Gaurdian Utility along with CPUID, and S&M burn utuility. The first scren below exemplifies defaul speed/Vcore including the 12V, 5V and 3.3V rails. 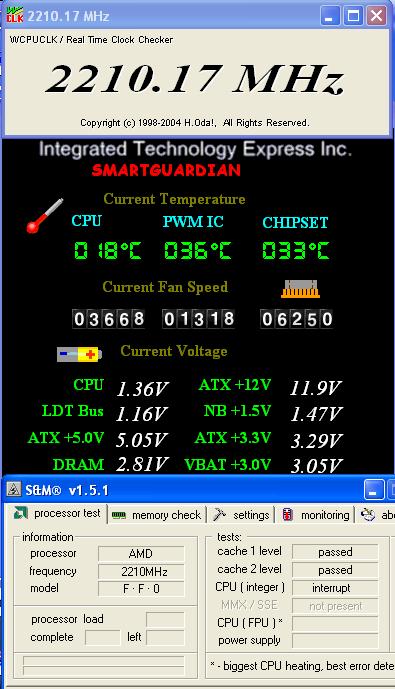 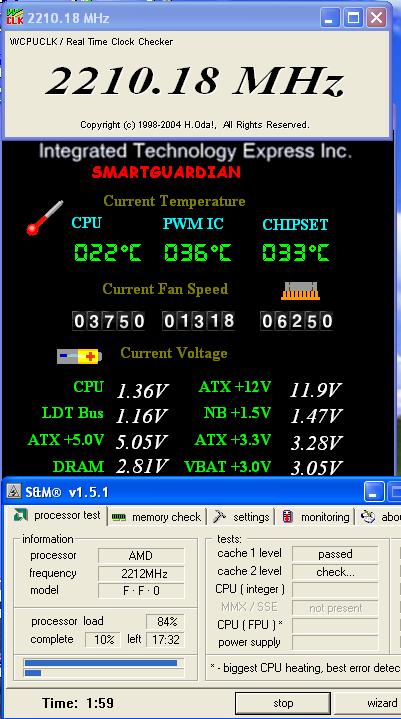 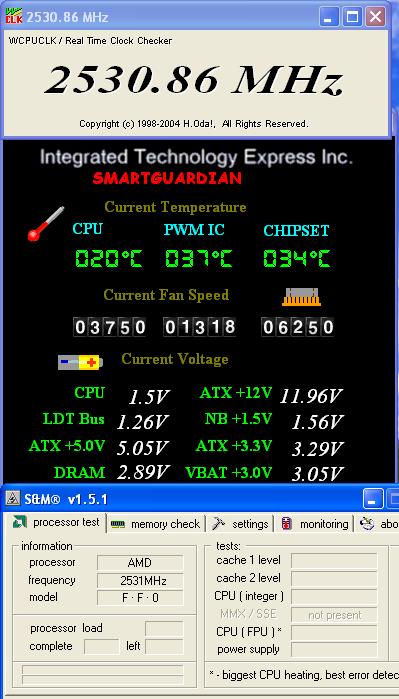 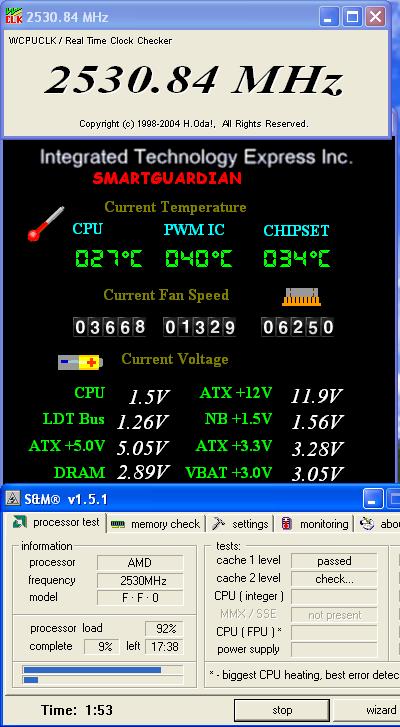 The SmartGaurdian utility was surprisingly accurate. To explain why there’s a CPU “fan-readout” on the Smart Guardian screen, I’d plugged the LAING Delphi (DDC 12V) pump’s sensor wire into the CPU header on the LANPARTY motherboard. The CPU fan header is one out of three with sensor capability, out a total of five headers on the motherboard. Of course software can be notoriously inaccurate, and even taking readings from the BIOS will be less accurate then our next and final test below using a digital multimeter.

For the truest rail voltage test, I ultilized an (on loan) Fluke-187 digital multimeter. Following the simple  PSU testing guide at ExtremeOverclocking.com I inserted the Fluke probes into the reverse end of Purepower’s BTX mainboard connectors (switching among corresponding lines) while plugged into the DFI running at IDLE, and while running S&M burn utuility to reproduce LOAD. 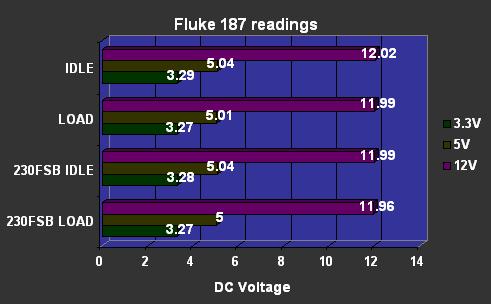 Thermaltake’sPurePower 680APD can be found at Dealtime for approximately $150 plus shipping. The Purepower 680APD packs the power to meet just about any system environment, with headroom to spare. While the 3.3V and 12V rails were just slightly under specifications, the 12V feeding the CPU was just 4/10th’s of a volt under. This is well within an acceptable range. PurePower 680APD is hefty, healthy, handsome, and runs whisper quiet. PSU’s have come a long way since the days where overclocking might result in a re-boot. Perhaps this is attributable to CPU technology such as Intel’s D-VID where power is regulated based on processor load and temp, but not temp alone as in Thermal Throttling. The Athlon64 on the other hand doesn’t utilize such architecture, at least not to the extent Intel’s D-VID does. Point being this processor was the ideal catalyst for putting the PurePower 680APD through its paces. Beyond S&M I also tested this unit running SETI, and multiple 3D benchmarks with even better results. I would like to thank Annie at Thermaltake for all her help on the review.