Thermaltake is one of the largest suppliers of CPU heatsink-fan combos on the market today. They are truly a pioneer where after-market or OEM products are concerned. This long-term experience manifests itself in extensive product research which leads to some cutting edge offering’s. When you see Thermaltake products on store shelves, you can see they put some effort into presentation. Of course quality packaging doesn’t equate to quality performance and one can argue some of the best performing products arrive in plain white boxes. Ergonomics goes much deeper than the box where Thermaltake is concerned and they continue to expand their product line seeking to meet the needs of the ever changing PC and PC-enthusiast. Their newest cases aptly named Armor, eptimoze that phiolosophy. Tt works to ensure their products look as good as they perform. Today we’re here to discuss PSU’s and Thermaltake wasn’t necessarly the first name popping into people’s heads when they thought about Power Supplies, perhaps PurePower series may change all that. 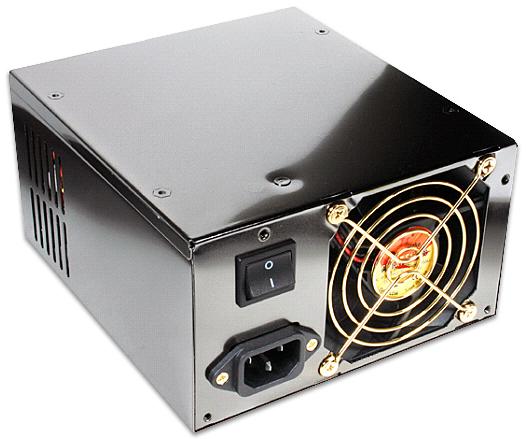 As CPUs and systems evolve their power requirements change as well.  A common misconception is that while voltage (or Vcore in the case of Processor’s) may in fact decrease, current requirements decrease as well. In fact the opposite is true. With recent Vcore reduction, the required amperes have actually increased. This is primarily due to the enginnering principle (Moores Law) that while modern CPU’s continually decrease in size, their transistor count should increase. Another nasty complication resulted from problems associated with smaller “Fab process” such as current Current Leakage, this is also one reason behind recent CPU heat issues. While the layperson might think CPUs would require less power as they transitioned down to the 90nm process, in fact the opposite has occurred. I’m sure you’ve seen the recent heat-pipe heatsinks resembling apartment buildings, and watercooling is just around the corner as the new standard. Were at a stage unprecedented in Desktop Computers where power demands upon PSU’s have substantially increased. Add to this the power needs asssociated with SLI and this year alone should see several companies producing PSU’s which surpass the 700W level. Thermaltake has anticipated this, hence the Purepower 680APD PSU. 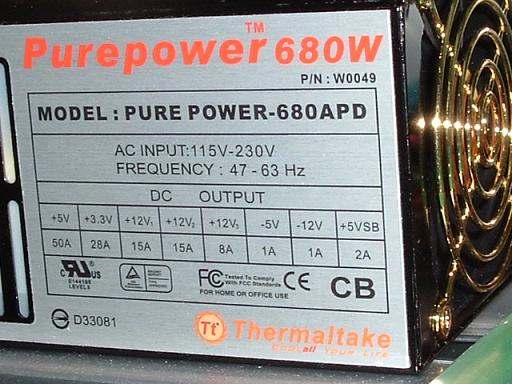