As usual Thermaltake packaged their product extremely well, and the box even had a carrying handle. An instruction book is included as well as a ATX jumper, and AC powercord. The first thing I noticed while lifting the box out of the foam peanuts was the weight. 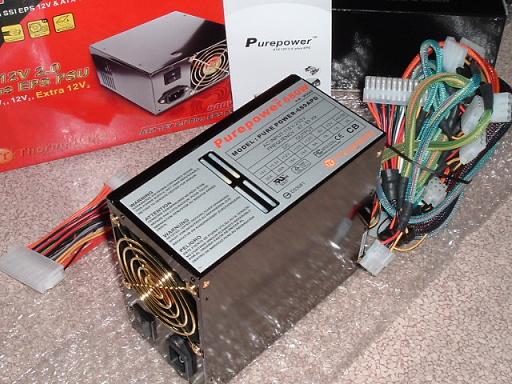 While weight alone obviously cannot determine the quality of a PSU, it is a valid indication of the unit’s build quality. There’s simply no getting around the fact large capacitors, transformers, copper wiring, and of course large heatsinks combined, add weight. When I was an avid Audiophile into high end (high cost) audiophile componetry, I rememebr the best solid-state amps such as Krell amplifiers, would often weigh as much as 120lbs each and the same went for my favorites vacuum tube amps, such as Jadis. The science of sonics literally boils down to hefty hand wound copper transformers, highest quality capcitors, and solid silver wiring within. the point being, where large amounts of current are involved certain devices simply cannot be avoided, nor substituited. 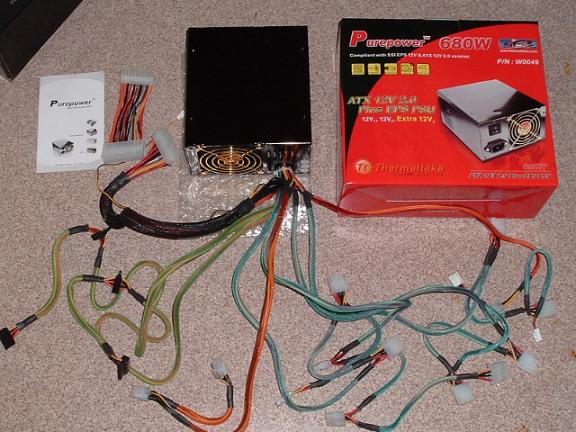 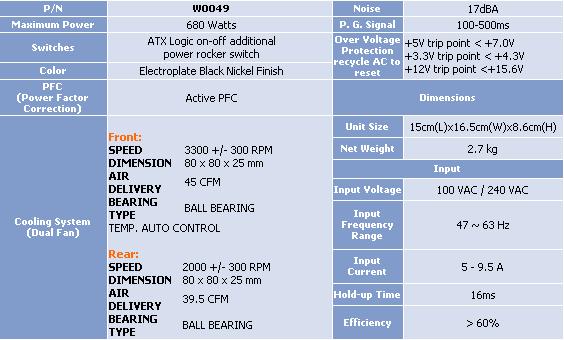 In a multi-rail design the goal is to utilize proprietary voltage rails each carrying a percentage of the total current. In this manner individual lines are relegated for a specific device. For exmaple 15A may be delegated to the CPU, and another for the peripherial such as the PCI-ex card/or cards. Voltage delineated in this manner works better for overall current control and power stability. In simpler terms it’s easier to control several small amount’s of current then a single large amount which is then shared. The result is one of the higher 12V rails on the market today for each component albeit the processor or PCI-ex card/s.

As indicated in the specification chart Thermaltake utilizes some powerful cooling fans on this unit at 39.5CFM and 45CFM, the latter temperature controlled. These fans working in tandom provide impressive air-flow, in fact taken individually they move more air then many CPU fans! Yet I must admit for 80mm cooling fans, this has to be one of the quietest PSU’s Ive had in my system. Barely audible over any of the fans on the Thermaltake SHARK case it’s installed within, my room hasn’t been this peaceful in some time.