Final Thoughts on the Frio Extreme 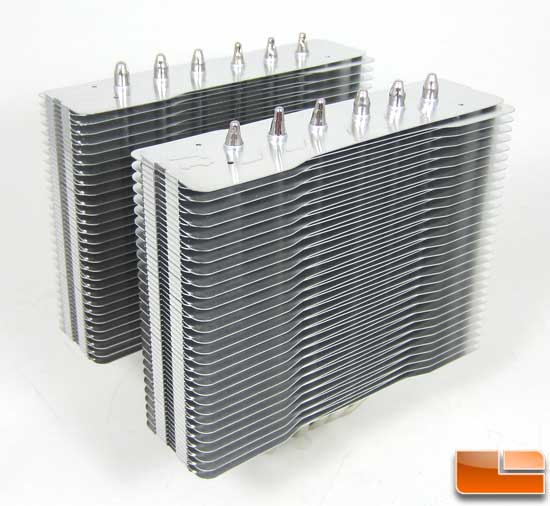 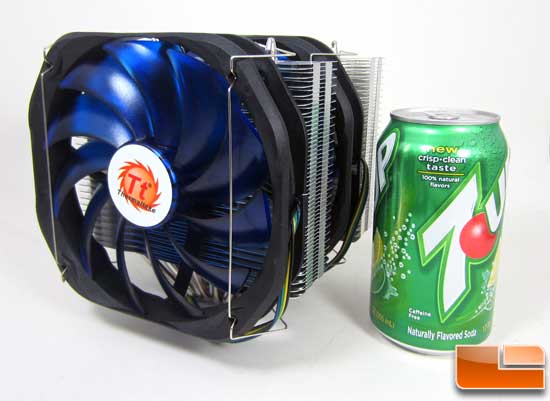 Like the Noctua NH-D14 and the Phanteks PH-TC14PE the Thermaltake Frio Extreme is just a physically massive cooler. Once you get up to this size of a cooler, you’ll find that they cover almost the entire upper half of a motherboard. End users need to pay attention to detail when picking components like this as they have a tendency to interfere with DRAM with tall heat spreaders.

Performance of the Thermaltake Frio Extreme is nice. It performs like a high-end air cooler should. With the LGA2011 system running at stock settings the Frio Extreme pretty much tied with the original configuration Noctua NH-D14, which runs $89.21. It was slightly behind the NH-D14 SE2011 ($88.06); which has the same base cooler as the NH-D14, but with updated fans. The Frio comes in right at $99.99 shipped, $10 more than either version of the NH-D14. With the Intel LGA2011 system overclocked and the Thermaltake Frio Extreme set on low we found it was slightly ahead of the NH-D14 SE2011. 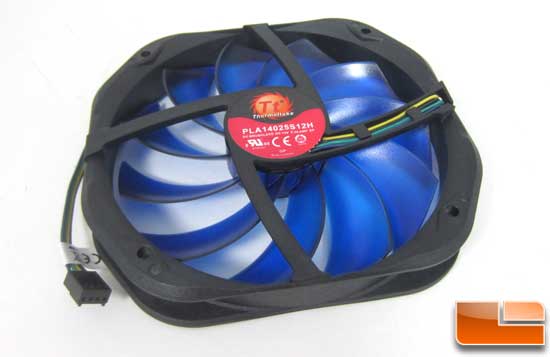 A big plus the Frio Extreme has going for it is the color of the fans Thermaltake paired up with the Frio Extreme. They are not some weird skin tone like the Noctuas. That right there will pull in some users in favor of the Frio Extreme over the NH-D14 because some people just do not like the skin tone color scheme. I don’t run windows on my cases so it doesn’t bother me one bit one way or the other. The Thermaltake fans at full speed are louder than the Noctuas’, but they perform similarly on the low fan speed setting. Some users may not be bothered by this; there are some that want the system as quiet as they can get it. Thermaltake was considerate and included a fan controller. The controller is great as its selectable mode for either PWM or VR is nice. It lets the user to set the speed they can live with and forget it, or let the system control it, or even switch between them. On low speed the Thermaltake 140mm fans are nice and quiet, but on high they are loud enough that you will notice them.

The other big plus for the Frio Extreme is Thermaltake has given it a 10 year warranty. The first cooler to have such a long warranty period, and I thought the 6 year from Noctua was long. I have had my Noctua NH-U12P for 4 years, and have had it on several systems with no sign of not being able to do the job. Thermaltake could be looking for the same longevity with the Frio Extreme.

The Frio Extreme is the largest cooler I have seen come from the folks at Thermaltake; they aimed at high-end users with this one. Currently I was able to find the Thermaltake Frio Extreme for $99.99 with free shipping. That is around $10 more than the Noctua NH-D14 and the cooling performance is similar. So it boils down to color preference, sound level preference and, most, importantly whether or not you have a case you can shoe horn either one of them into.

Legit Bottom Line: Thermaltake has solid performing cooler with the Frio Extreme, but its physical size is massive with a price to match.