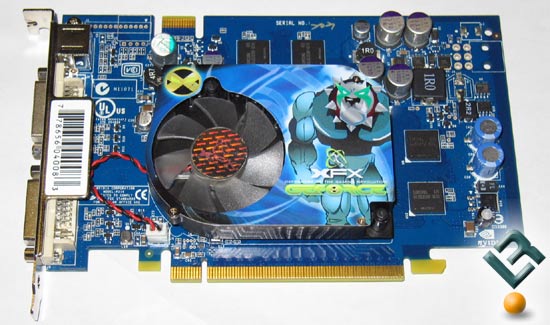 Last week I checked and rechecked my test reults while reviewing another video card. I then scoured the net for price comparisons for the 6600GT, and in the end I was blown away by the price to performance ratio of XFX’s product. This is a great card for the gamer on the budget who is building a PCI-E system. If said gamer invests in an SLI motherboard, then he/she leaves open the possibility of upgrading the system at a later time by simply investing in another 6600GT card that supports SLI. This is a much better alternative to selling your card and buying a different card. So there you have it, for less than $200 you have a card that handles any game out there more than adequately. You also have the option of using an SLI based board, investing in two of these cards, and achieving very similar performance to the best cards on the market….at a lower price. I am still not sure SLI is the future, but as to the present it is the hottest thing going. 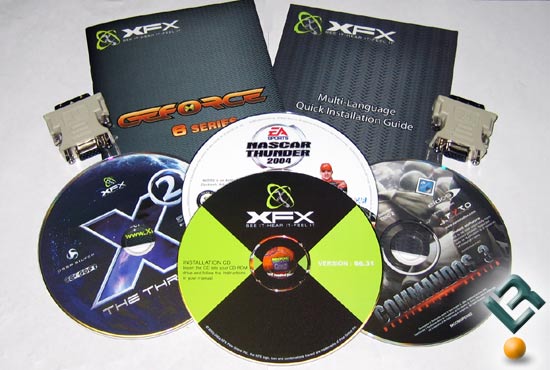 As far as the XFX bundle, it is decent, but nothing spectacular. Mine came with Commandos 3, NASCAR Thunder 2004, X2 Threat, as well as a pair of DVI to VGA connectors and n S-Video cable. I wish some of these card makers would put together a bundle that really excites people as well as showing the full capability of their product. Wouldn’t you spend $20-25 more on a card if they threw in a bundle that included a couple of the hottest, cutting edge titles on the market?

One thing I would like to see is more frequent driver updates from NVidia, I’m not asking them to match ATI’s monthly driver releases, but more frequent updates should put to rest the SLI support issue for games as well as guaranteeing the best possible performance for your cards.

Editor’s Note: Astute reader Robin Yip brought to my attention something I didn’t see. XFX used a 9-pin S-Video connector on the back of this card. They were nice enough to include a 3 ft special S-Video connector, but I’m with Robin in wondering why XFX decided to use this adapter.

The XFX 6600GT is the best sub $200 card I have ever owned. If you want great performance at a great price, this is the card you need.