I have to say that XFX uses the most interesting packaging I have ever seen! The card I received came in a very unique ?X? shaped box, no doubt to reflect the ?X? in ?XFX??duh. 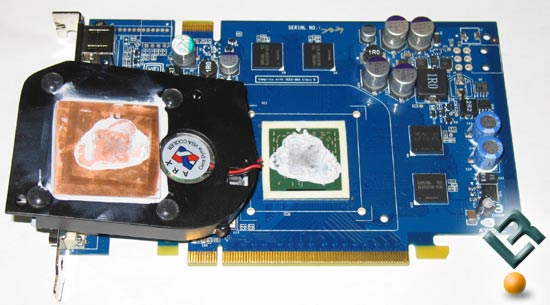 The card itself is built upon an attractive blue PCB and looks like your typical PCI-E video card. Something I noticed was how “clean” or uncluttered this card is, something that can only help its cooling. Above you’ll see the GPU and the standard copper based cooling solution. The 6600GT core runs at 500MHz, so no special cooling is needed. You should also be able to make out the lack of a 4 pin power connector. Pretty sweet card with a very clean and simple layout. 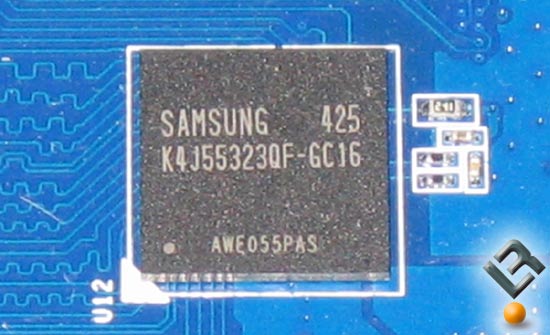 The Samsung K4J55323QF-GC16 GDDR 3 memory chips run at 500MHz (1000MHz effective), having only 128MB means that these are only found on the top of the card. Like a lot of the cards on the market, XFX did not include any cooling for the memory, something I wish everyone would implement. I don?t think a few RAM sinks would cost anyone very much, and could only help a cards performance. The XFX 6600Gt features a pair of DVI outputs instead of the DVI and VGA connectors found on most cards, although XFX did include a DVI to VGA adapter. The card also features an S-Video connector for TV-Out capability.