I recently decided to integrate my old stereo system that had been collecting dust with my TV and DVD-Recorder. My plan was to connect the TV and Stereo via RCA cables, but I ran into a couple of problems: For one, the remote of the Stereo system had died many years ago; and, I had to always get up and turn all the equipment on or off. I figured I’d just go out and get yet another cheap universal remote from RadioShack, but that got me thinking, “There had to be an easier way to do this.” What if I wanted to change the channel on the TV and control the volume on the stereo? I had never been able to get a universal remote to work with more than one device let alone control two devices. 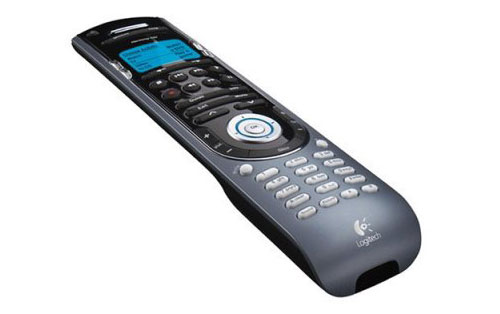 That conundrum lead me to Google where I searched Universal Remotes. After a couple of days of searching I discovered that one of my favorite manufacturers Logitech not only made killer Mice and Keyboards, they also made Universal Remotes.

So I happened to stumble upon today’s topic of review, the Logitech Harmony 550 Universal Remote.

From Logitech’s site they state:

Access your entire Home Entertainment system with just one button! Simply select an activity, and your Harmony universalremote will send the right commands so you don’t have to juggle remotes or remember a sequence of buttons. 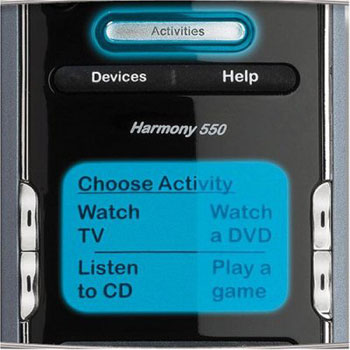 With an MSRP of $129.99, this remote is definately not for the faint of heart. I was a little weary of spending that much money on a remote but after a quick jump to Amazon.com, I found one for $75 (shipped) and happily ordered it.

Can it live up to Logitech’s billing? Read on to find out!