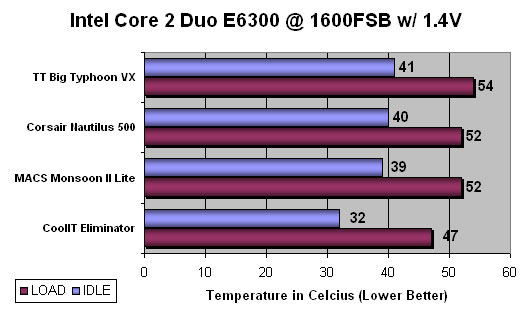 Results: When the proessor was overclocked and the voltages increased, the temperatures increased, but Eliminator still mamaged to live up to its name and eliminated the competition. 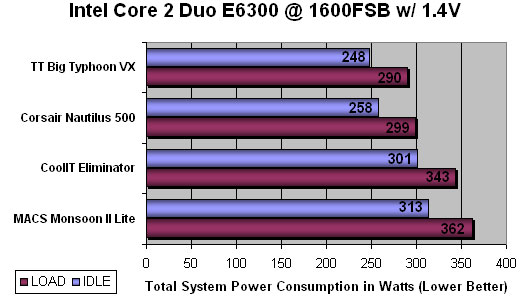 Results: When it comes to power consumption on our mild overclock the the MACS Monsoon II Lite consumes more power than either of the other coolers as the TEC plate was running at full throttle at both idle and load trying to keep the cooler nice and cool. The Big Typhoon VX and Nautilus 500 remained under 300W at load, but both of the TEC coolers were over 300W at both idle and load.