For many years, one of my favorite keyboard was a mechanical Cherry MX keyboard that had an aluminum faceplate.  When it came time to replace it, sadly the replacement from the same company didn’t include it on their current generation.  I was disappointed as I liked the metal faceplate, but got the replacement model anyways as I knew the company made quality products.  Something I wasn’t aware of when I got the Tesoro GRAM Spectrum is that it has a metal faceplate!  This of course gives it some weight, and a much higher quality feel than I was expecting.  At first glance, it looks like a normal keyboard that isn’t wasn’t a lot of space with extra unnecessary space, all the keys are standard size, and everything is included as a standard keyboard.  There are extra keys but they utilize a Fn + key combination, which we will take a look at next. 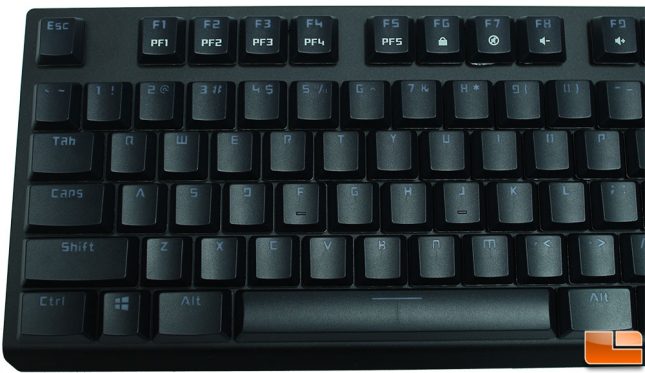 The Tesoro GRAM Spectrum RGB Gaming Keyboard uses a different style of lettering than I am used to, but gives it a unique look, which took a little getting used to; as a touch typer I don’t usually look at the keys anyways.  Some keys have built-in extra function capabilities, on the left half of the keyboard, the F1 – F9 has a few added functions.  F1 – F5 selects the various profiles, while F6 locks out all keys.  F7 – F9 start the multimedia keys, controlling volume. 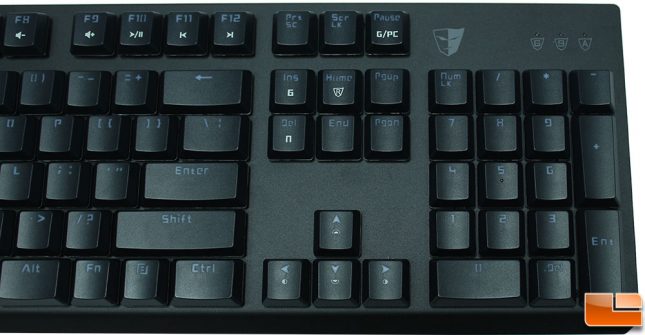 There are a number of keys on the right that have unique Function capabilities.  For example the arrow keys, in addition to the normal function the Up/Down keys control the LED brightness, while the Right/Left switch between the various lighting options.  Insert / Delete will switch between either 6-key or N-key rollover function; Home enables the instant macro recording capabilities (there are a few limitations on this though, which we will discuss later).  Pause switches between PC and Gaming mode.  F9 – F12 are the added multimedia keys.

The back of the keyboard isn’t too exciting, here we can see that there are four rubber feet, one in each corner, along with two riser feet. 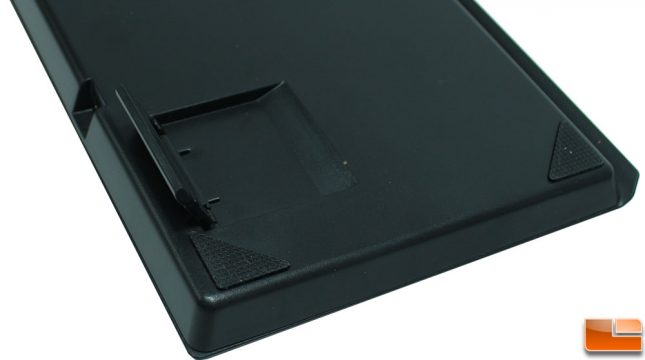 There are also two risers that will elevate the keyboard around 0.5″ from the desk.  These riser feet also have a rubber coating to make sure the keyboard isn’t going to slide around when gaming.  Along the top edge of the keyboard (above the number pad) is the USB connector. 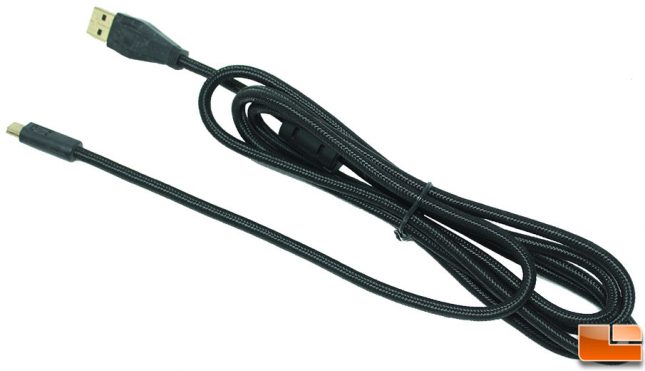 The GRAM Spectrum uses a USB Mini-B to USB A cable to connect the keyboard to the computer.  This is a fully braided 6ft (1.8m) cable that uses gold plated connectors.

On the left is a standard key, taken off a competing 2016 gaming keyboard, while the on the right is the Tesoro GRAM Spectrum Low-Profile key.  As you can see, there is a big difference in height between the keys.  Of course, Tesoro isn’t the only one that is implementing low-profile keys. 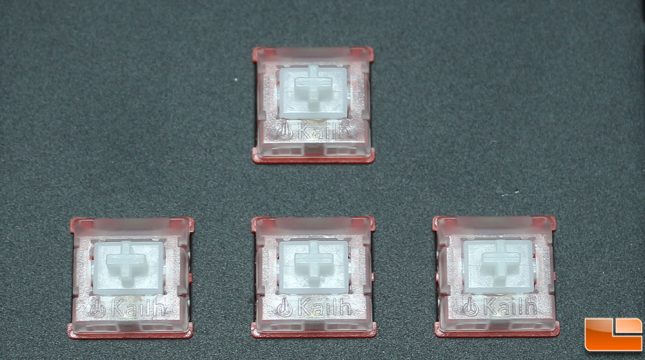 Removing the arrow keys, we can see that the keyboard is indeed using Red Kailh mechanical keys.   The switches are housed in a transparent case, which lets the LED shine through the entire cover.  These particular AGILE switches have a travel distance of 3.5mm, and an actuation distance of 1.5mm, and a lifespan of over 60 million keystrokes per key.