The Tesoro Excalibur is thoroughly, a good mechanical keyboard for its price. Then again we have yet to come across a genuinely bad mechanical keyboard. At the same time, there are hardly any more opportunities for Tesoro or really any keyboard manufacturer to innovate untried ideas with keyboards built around Cherry MX switches or in this case, Cherry MX clone switches.

Tesoro does produce keyboards with Cherry MX switches, but the Excalibur is one of their newer keyboards using copycat Kailh switches. The typing experience of the clone switches the same as Cherry MX switches and the only noticeable difference we noticed with the Excalibur compared to various other mechanical keyboards was a different pitch on bottoming a key press likely due to harmonic properties of the keyboard enclosure. 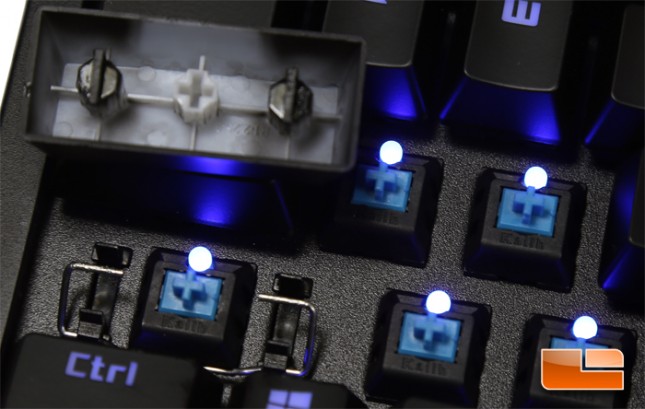 The Excalibur’s additional features are nice to have. The backlighting is great for seeing the keyboard in the dark for whatever reason. The media controls, though not their own dedicated keys, grant control of gamer’s choice media player without needing to Alt+Tab out of their game. The ability to modify keyboard keys to have custom commands in addition to five profiles that are stored onboard is a situational, but useful feature not commonly seen on other keyboards. 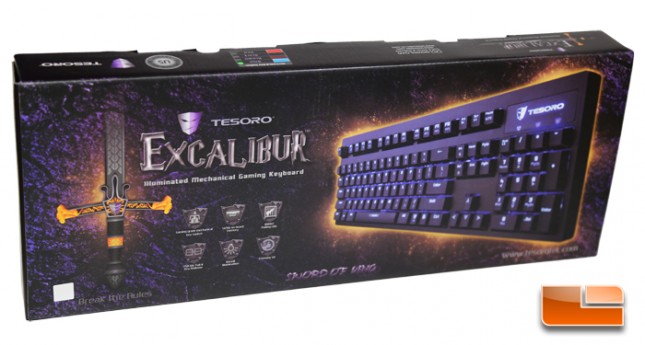 Priced normally at $89.99 on the Tesoro web store or Newegg, the Excalibur keyboard is fairly and competitively priced. Its current limited-time holiday pricing of $69.99 is even more impressive for the value. Though it may not be hard built with as many keyboard features as some of the many other backlit $100 mechanical keyboards and keyboards that are frequently discounted to that price, the Tesoro Excalibur provides the tools to customize the layout and maximize the available possibilities. There’s nothing untried about the Excalibur, but there’s no reason to not recommend a keyboard that’s safe and sensible.

Legit Bottom Line: The Tesoro Excalibur keyboard isn’t anything revolutionary, but its also hard to fault due to the aggressive price point for an illuminated mechanical gaming keyboard.