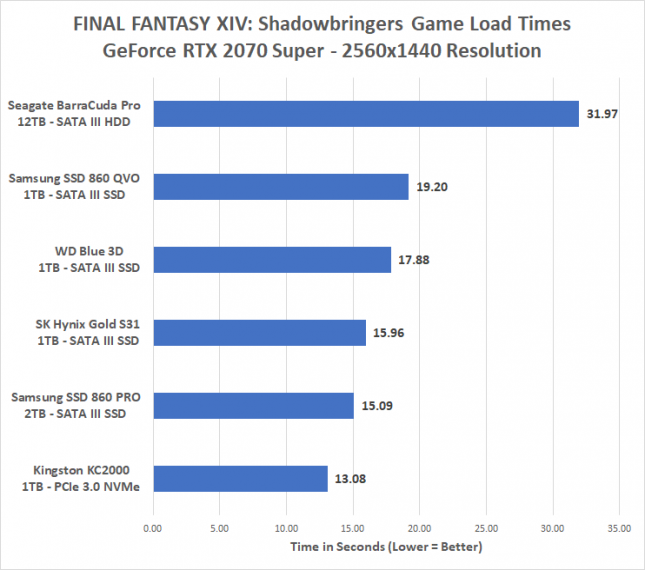 Benchmark Results: This is one of our favorite tests in our SSD test suite as far too many companies say they have a great gaming drive. As you can see from the chart above the game load time varies more than one might expect. A traditional hard drive loads the levels in just under 30 seconds whereas the slowest SATA III SSD loads them in under 20 seconds and the only M.2 NVMe drive on the PCIe interface finishes in way under 14 seconds. The SK Hynix Gold S31 finishes in just under 16 seconds and was about a second slower than the Samsung SSD 860 PRO 2TB drive. It did manage to out perform the WD Blue 3D 1TB SSD and the Samsung SSD 860 QVO by around two seconds, which is impressive for a companies first consumer drive.