Along with the move to a new platform, we decided to make a change in one of the benchmarks. There’s a relatively new benchmark called Anvil Storage Utilities that is in beta but close to production. It’s a very powerful tool that measures performance through a variety of tests which can be customized. Since some of the tests more or less duplicate what we get from other benchmarks we use already, we decided to use the IOPS (Input/Output Operations Per Second) testing on 4kb file sizes at a queue depth of 1, 2, 3 and 4. IOPS performance is something SSD makers tout quite a bit but we generally don’t do a lot of IOPS testing because frankly a lot of users can’t relate to IOPS metrics as well and it tends to be more meaningful to the enterprise/server crowd. Still, it is another performance indicator with relevance! 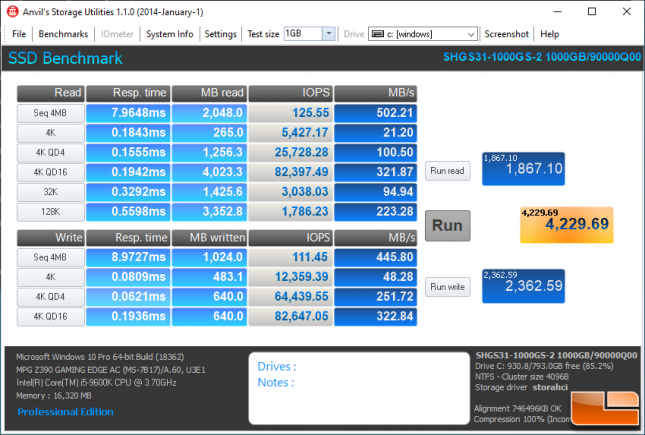 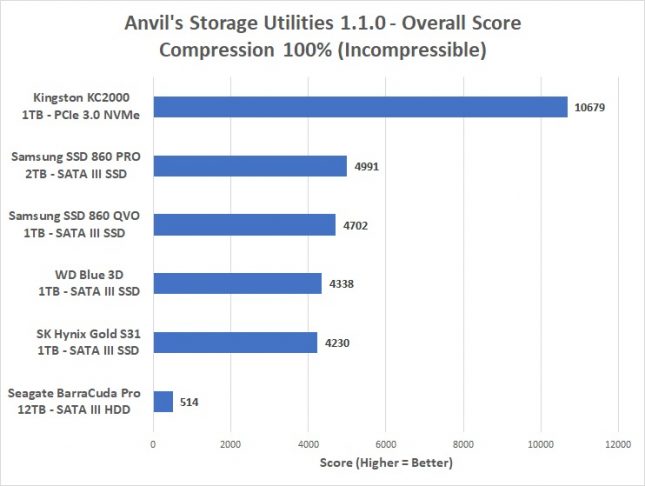 Here you can see how the SK Hynix compares against five other drives tested on the same test platform by quickly looking at the overall score. 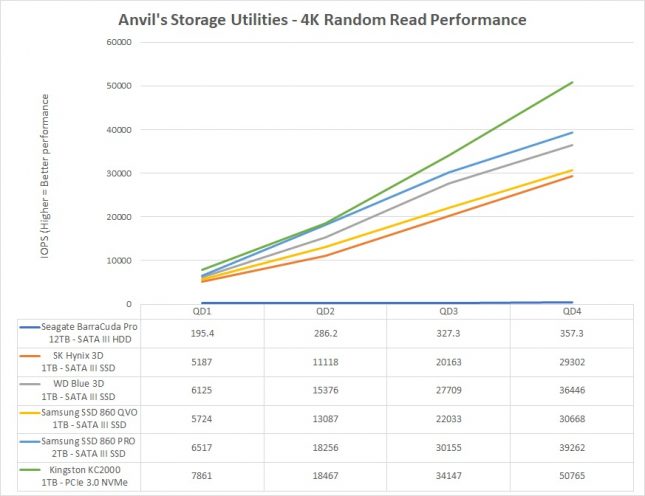 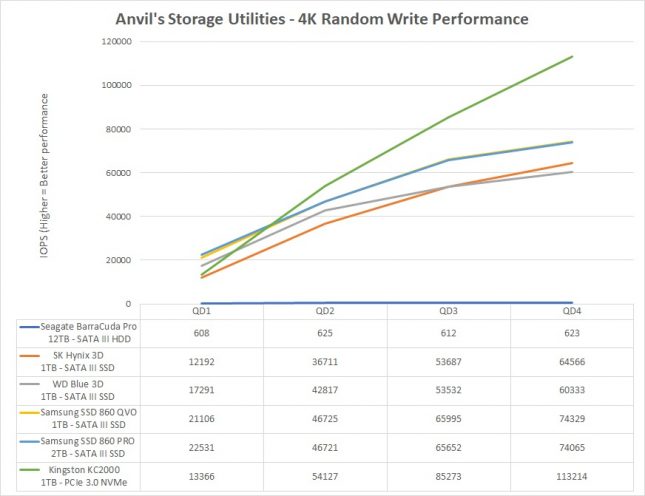 Low queue depth Random 4K read and write performance is super important these days, so we manually ran QD1, QD2, QD3, and QD4 tests and charted the results for you. The SK Hynix Gold S31 drive is a touch on the slower side at very low queue depths compared to competing drives.