During setup we enabled Intel XMP on the Corsair Dominator Platinum RGB DDR4 16GB 3600MHz memory kit and disabled the Intel C-State option in the BIOS. We made the decision to turn off the processor C-States as many synthetic storage drive tests don’t put enough load on the processor to properly show the max IOPS of the storage drive. This is the only reason we disabled C-States.

The readout on CrystalDiskInfo 8.3.1 shows that the SK Hynix Gold S31 drive series supports S.M.A.R.T., APM, NCQ and TRIM . The drive we received had firmware version 90000Q00 installed and that is the version that we used for general testing and benchmarking. 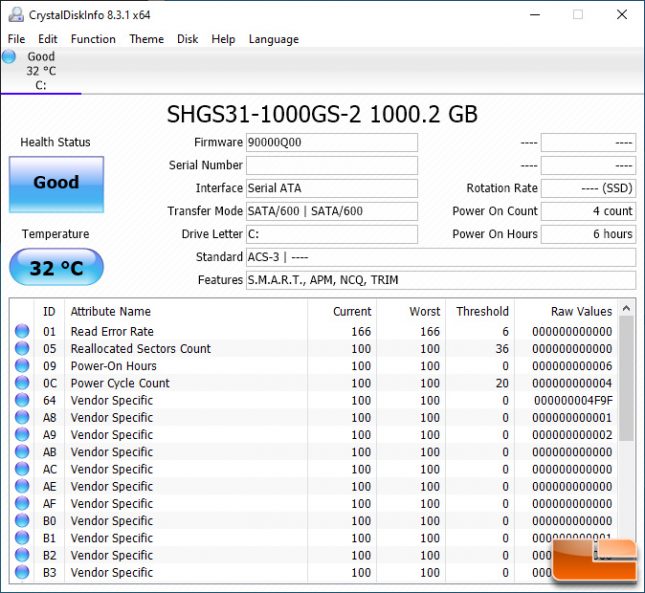 SK Hynix has this drive labeled as 1TB, but the overall capacity shows up as 930GB in Windows 10 version 1903. Please remember that 1GB = 1,000,000,000 bytes. A certain portion of capacity may be used for system file and maintenance use, thus the actual available capacity may differ from the labeled total capacity.