Over the past several years, many companies have come out with wireless storage options for the ever growing mobile community; Seagate released the Wireless Plus a couple of years ago. At CES 2015, they announced the Seagate Wireless, a mobile storage drive that is designed to stream music, video, photos and other files to mobile devices without wires. Connecting through your devices Wi-Fi, it is compatible with Android, iOS and Windows devices using the Seagate Mobile App. The Seagate Wireless has a built-in battery that provides up to 6 hours of streaming to three devices at a time. Seagate includes a 2 year warranty with the Seagate Wireless 500GB drive. 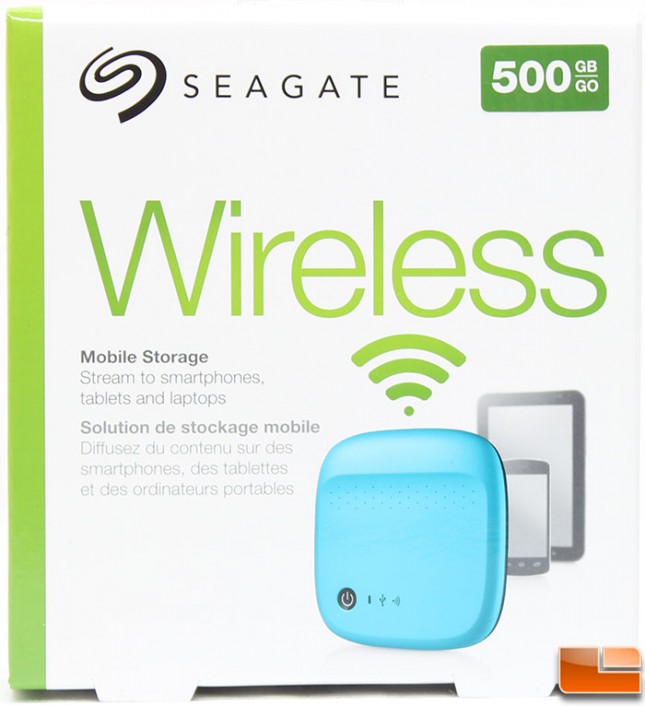 The Seagate Wireless drive is available in five colors, Black, White, Blue, Green, and Red; the Wireless Plus is only available in Grey. The color of the shell is the only difference between the various drives.

Seagate sent us the Blue version which is sold under part number STDC500400. 500GB might not seem like a lot of storage, however it is enough to carry hundreds of movies on a single device. 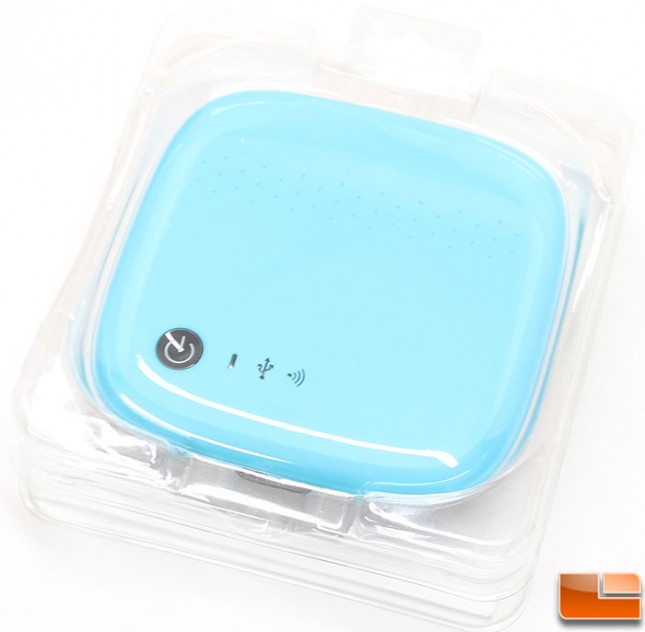 Inside the box, we find the Seagate Wireless drive is packaged in a hard plastic shell that easily opens and protects the drive from most damage in shipment.

Inside the plastic packaging you’ll find the Wireless hard drive, a quick users guide and a USB 2.0 cable. Nothing too exciting is included with the drive. The only other accessory that would be nice is a wall power adapter for charging the drive. 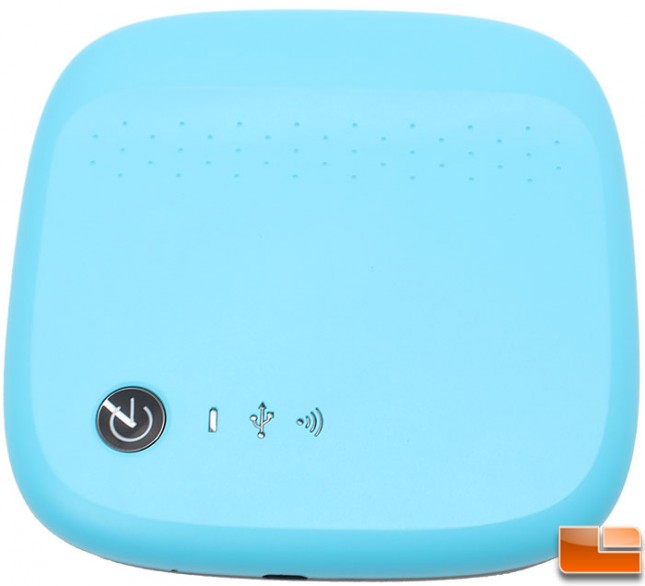 On the top of the drive there are a few features for us to quickly discuss. First the large power button, three status indicators, Battery, USB Connectivity and Wireless Connectivity. Each of these will light up letting you know the status of the drive. 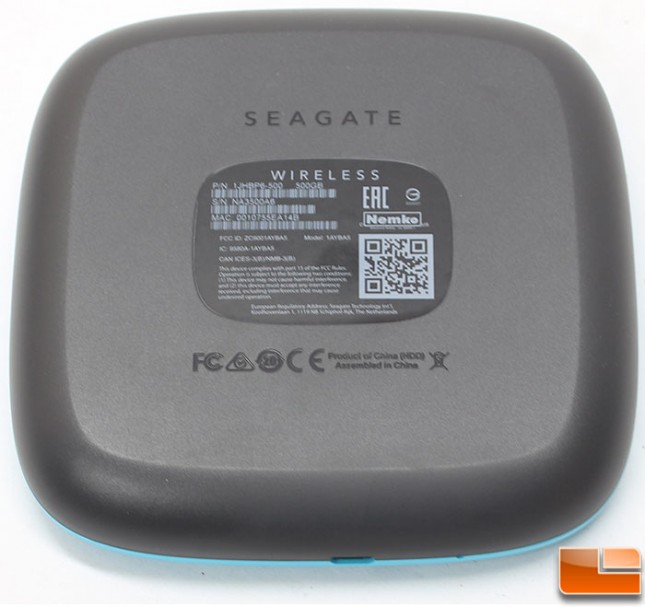 On the bottom of the drive you’ll find various bits of information such as the part number, serial number and MAC. In addition there are the legal markings that are commonly found on most devices. The Seagate Wireless drive measures 125.36mm x 125.36mm x 24.5mm (LxWxH), making it pretty close the size of a standard 120mm case fan. Of course it weighs more than a case fan, coming in at 281g, it is still light enough to carry around with you.

Along the bottom edge of the Seagate Wireless is the micro USB 2.0 connector that is used for both charging the drive and PC connectivity. It will charge over the USB 2.0 connection, however a separate wall power adapter will most likely charge it faster. It would have been nice for this to have a SuperSpeed USB 3.0 connector.

Let’s take a quick look at the Android version of the Seagate Mobile software.