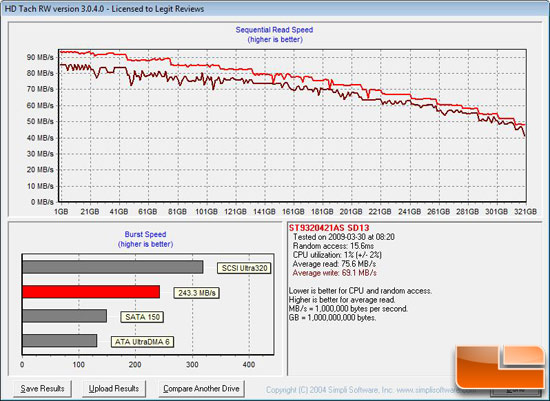 Benchmark Results: The Seagate Momentus 7200.3 320GB notebook hard drive has great read and write speeds as seen in the benchmark results above. The disk starts out at nearly 90MB/s and then slows down to 40MB/s at the outside of the platter. All said and done, the average read speed was found to be 75.6MB/s with a write speed of 69.1MB/s.