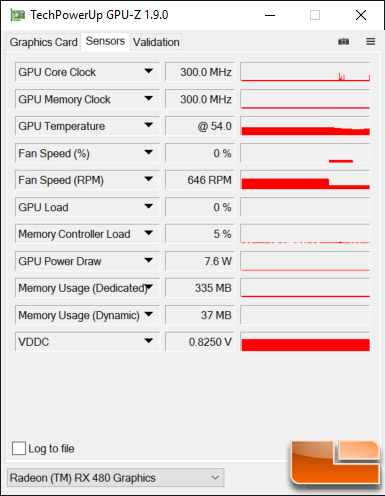 The Sapphire Nitro Radeon RX 480 4GB graphics card hit 54C at idle on our our open air test bench and then the fans would kick on and cool the card back down to around 47C and then shut off and the process would start again. If we put a 120mm cooling fan blowing on the back of the card we could get the idle temperature to remain at 42C. 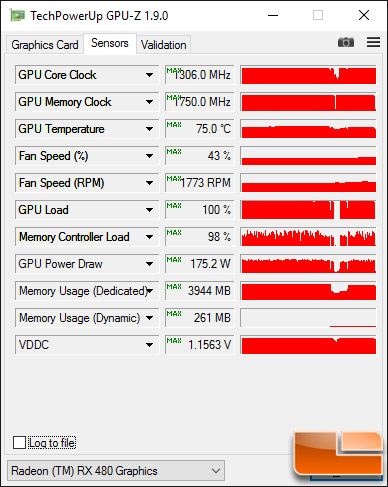 While gaming we noticed that the Nitro Radeon RX 480 4GB got up to it’s temperature target of 75C. GPU-Z v1.9.0 showed the Radeon RX 480 4GB used 0.8250V at idle and 1.1563V while at full load. We did experience a fan issue where the fan would randomly speed up for reasons unknown to us. Sapphire is aware of the issue and it’s due to how AMD handles the fan profiles in the Crimson drivers. AMD doesn’t shut the fans off at idle, so we are told that the driver isn’t working well with the fan profile that Sapphire is trying to implement. Opening AMD WattMan also causes the fans to go a bit crazy, so it’s tough to take a reading on fan noise. We ended up using the noise at 43% fan levels as that is what we topped out at without the fan glitch. There is no ETA on a driver fix for the fan issues and right now Sapphire just recommends not using WattMan. They also said that their new TRIXX 3.0 utility has a way to set the fan profile and it overrides the driver without any issues. 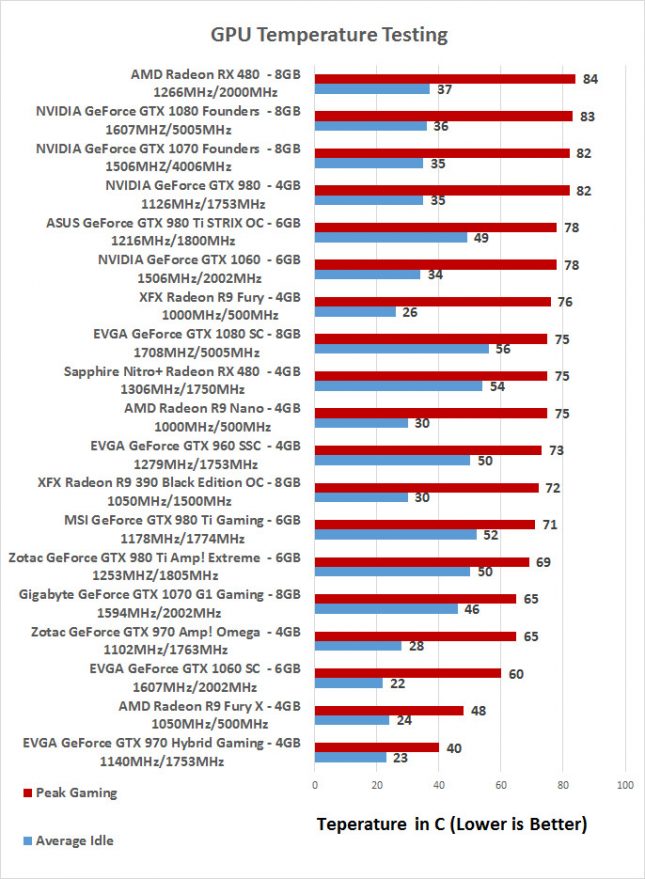 Here is a chart that shows the temperatures of the Sapphire Nitro Radeon RX 480 4GB versus some other high-end desktop cards and you can see this card is in the middle of the pack with regards to load temps and on the higher side for idle. 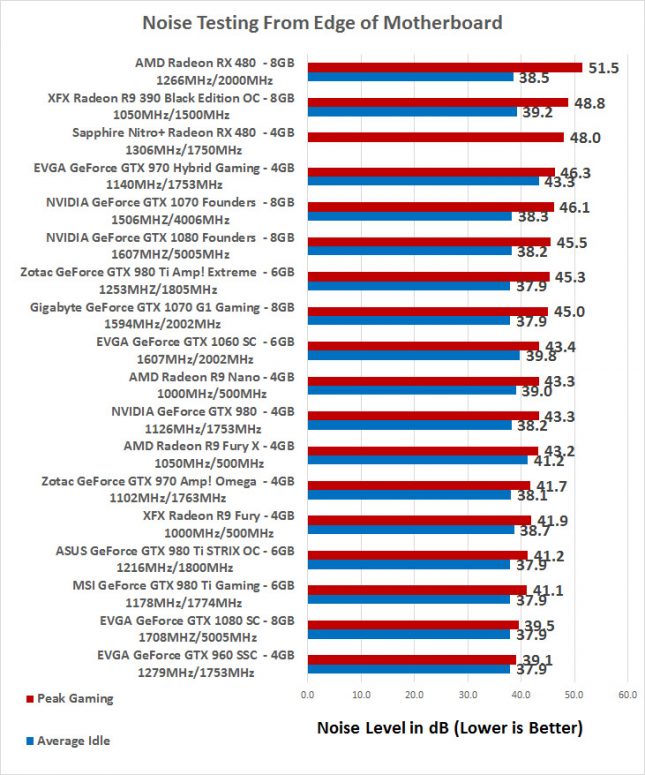 With the fan turning off and on at idle we didn’t know how to chart the idle noise for this card as we’ve never experienced a card that had a fan turning off and on ever 5 or so minutes at idle. At full load we didn’t know if we should show the peak value of the bug or where we think it will be after the driver fix. We ended up just charting the fan noise at load of where we think it will be when the driver bug isn’t happening. As you can tell this card is on the louder side.