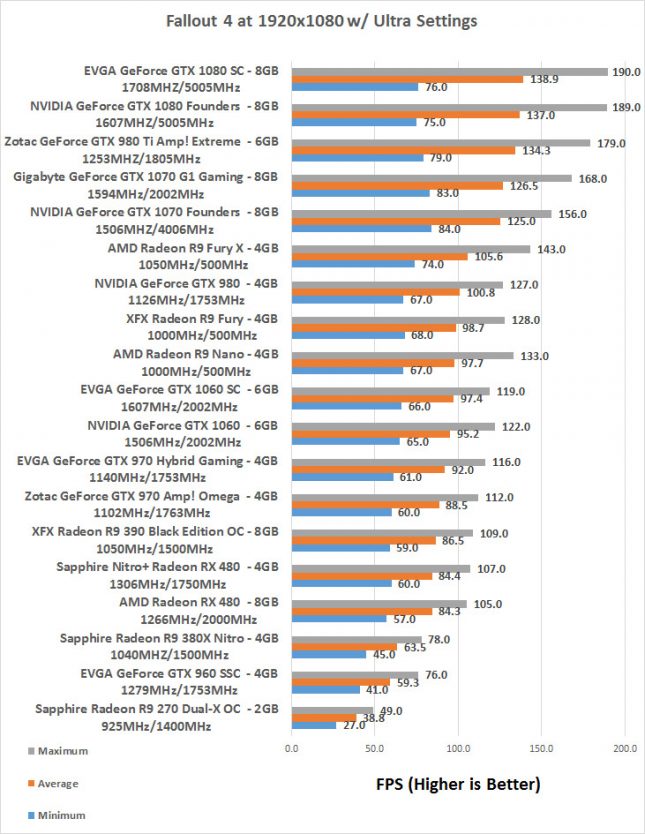 Benchmark Results: In Fallout 4, at 1080p resolution, we found the Sapphire Nitro Radeon RX 480 4GB to be every so slightly ahead of the AMD Radeon RX 480 8GB reference card 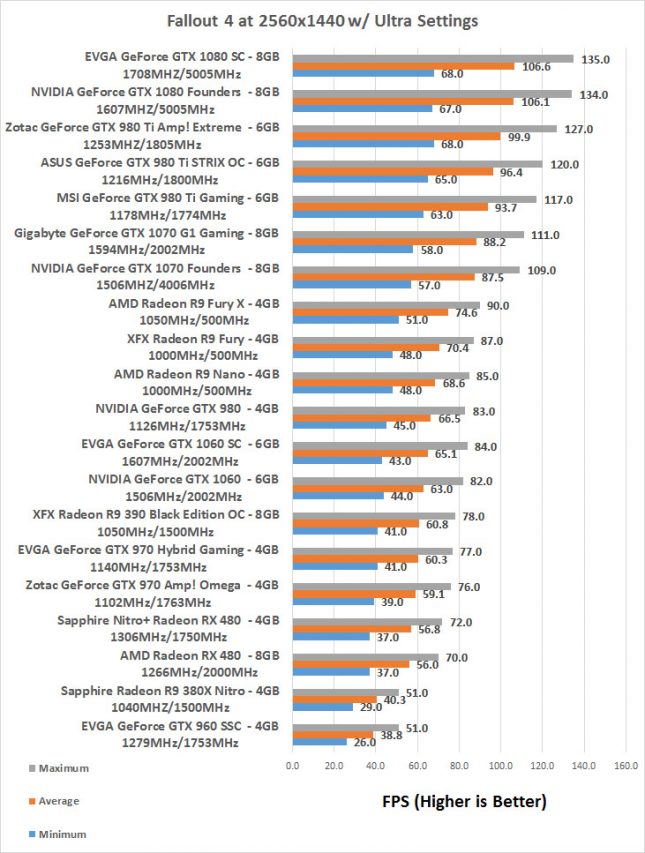