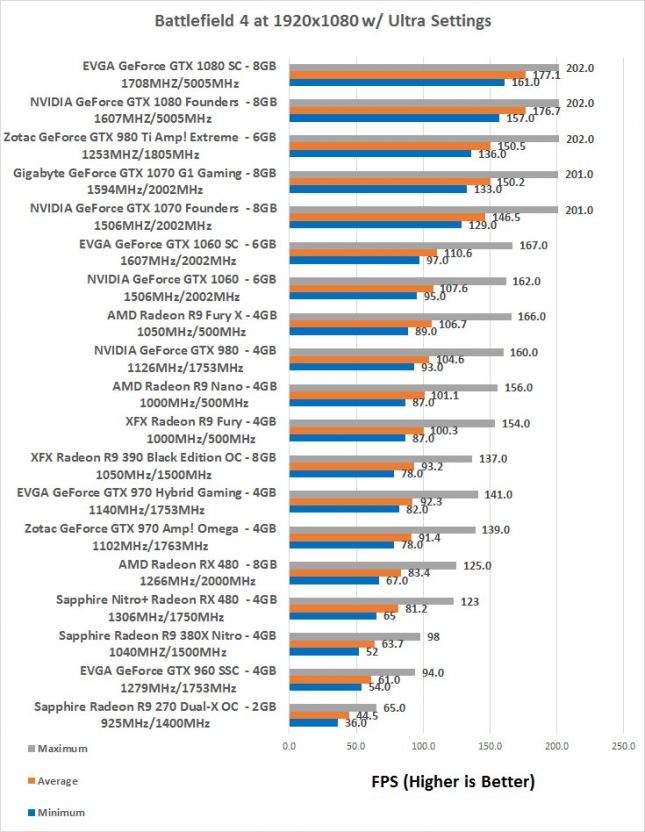 Benchmark Results: At the popular 1080p gaming resolution, the Sapphire Nitro RX 480 4GB was found to be just slightly slower than the AMD Radeon RX 480 8GB reference card. This sounds strange at first since the Nitro RX 480 4GB card has a higher clock speed (1306MHz versus 1266MHz) and is able to maintain it longer, but it’s due to the memory clock speed. There is notable difference between 7000MHz and 8000MHz memory on the Radeon RX 480 as we showed in this article. 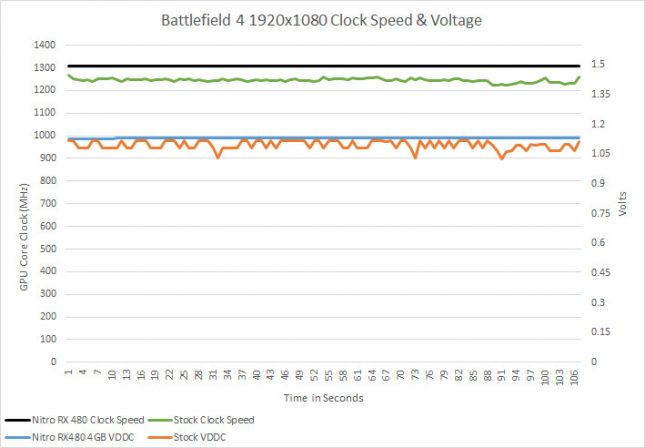 A quick look at the GPU-Z logs showed that the Sapphire Nitro Radeon RX 480 4GB clock speed maintained 1306MHz the entire benchmark run and the voltage started out at 1.125V and then stayed at 1.1313V for the remainder of the time that we played this particular game title. The AMD Radeon RX 480 8GB could not maintain 1266MHz and bounced around 1223MHz to 1266MHz over the course of the benchmark. Clearly, the memory clock speed is a significant bottleneck on this card. We feel this way as Sapphire overclocked the core and was able to hold high clock speeds with the Dual-X cooler, but performance was below the reference card and we triple checked everything. Of course, it really depends on the game title you are looking at as some titles were faster on Sapphire card than the reference. 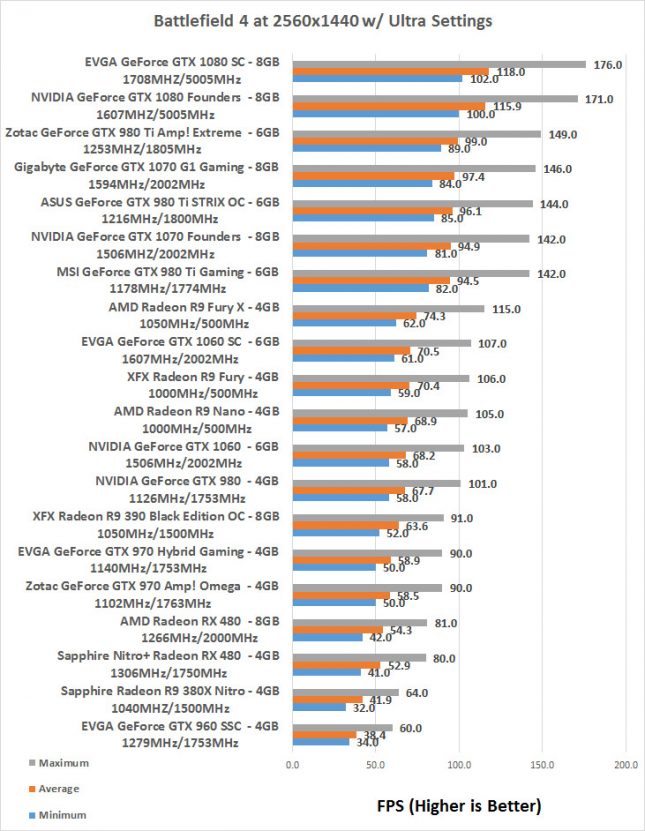 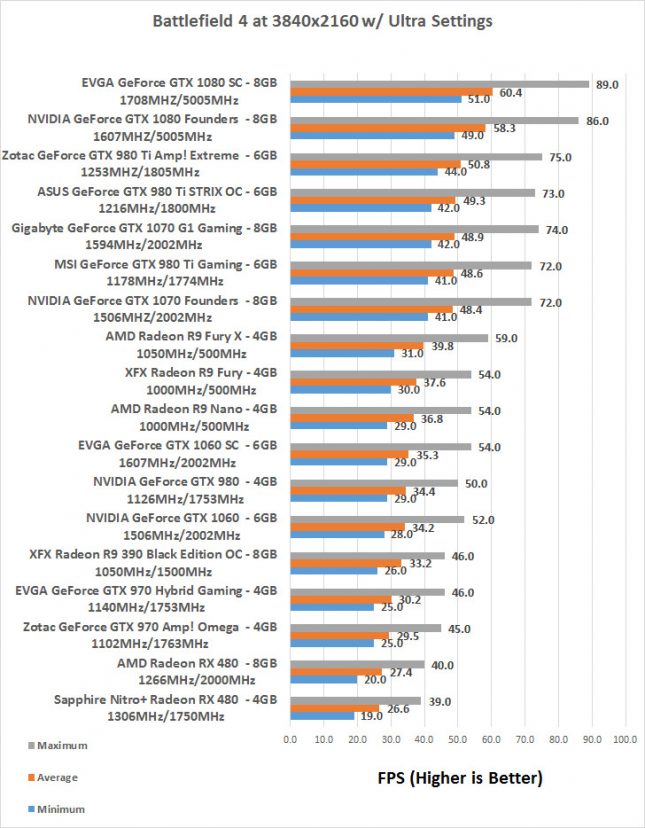