The Sapphire Nitro Radeon RX 480 4GB is a pretty fast card right out of the box, so we couldn’t wait to manually overclock it to squeeze some more performance from the card. 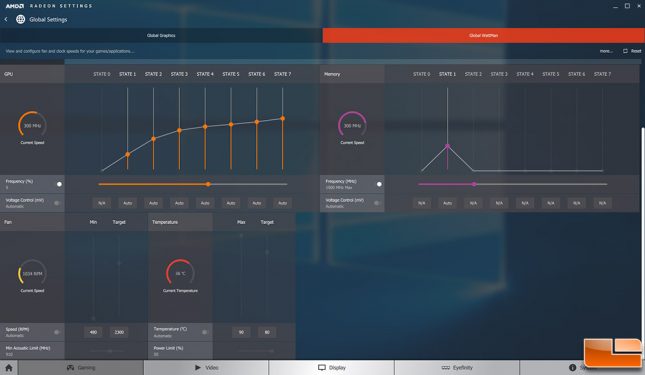 To do overclocking on the Sapphire Nitro RX 480 4GB graphics card we used AMD WattMan as the TRIXX 3.0 software wasn’t yet available. Overclocking was simple, but you need to increase the power limit of the card if you plan on doing any overclocking. We overclocked the card just 2% to start and left the power limit at the default setting of 0 and found that the performance of the card actually went down. This is because the card was trying to run a higher clock speed and was drawing more power than allowed by the default settings. This in turn caused a drop in the overall clock speed and thus the lower performance numbers. Once we saw that this was happening we cranked up the power limit to keep that from being an issue. Sapphire has done a good job dialing this card in for stock settings, but overclocking throws it all out of whack. 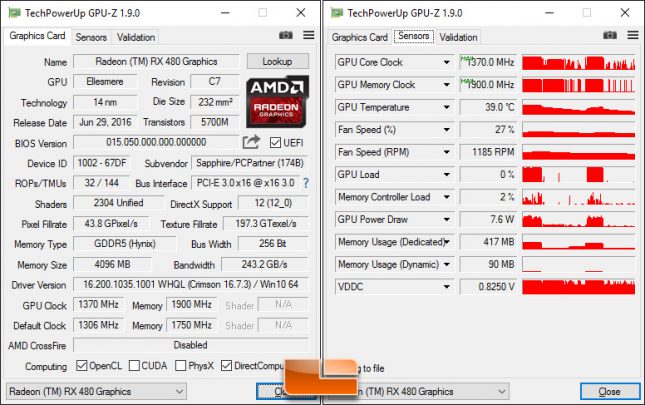 This overclock meant that we were running at up to 1370 MHz at time and the memory was running at 1900 MHz (7600 MHz effective) on the 4GB of GDDR5 memory. Not the highest overclock in the world, but you have to keep in mind the reference cards boost speed is 1266MHz and the Nitro RX 480 4GB cards are the ‘fallout’ from the binning process done by Sapphire as the best chips become higher clocked Nitro RX 480 8GB cards.

We could not get 8000MHz effective clock speeds on the memory and Sapphire confirmed that the Radeon RX 480 4GB comes with slower Hynix GDDR5 memory chips and that hitting 8GHz would be unlikely. If we went much over 1900MHz the system would hard lock. If we overclocked much higher on the core the system would also lock up. We were able to get some games to run at 1385MHz with stability, but others would crash. At 1370MHz on the core we played a handful of games and they all were stable with this particular card. 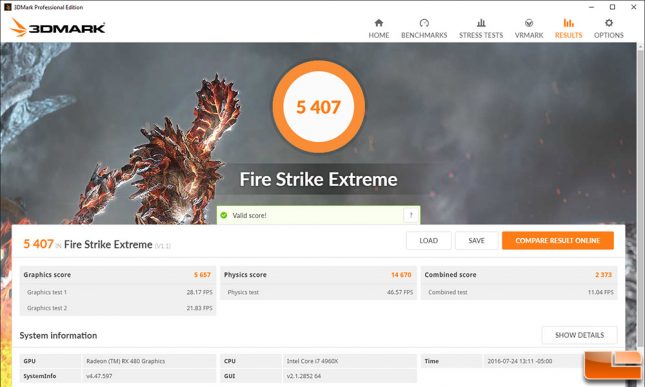 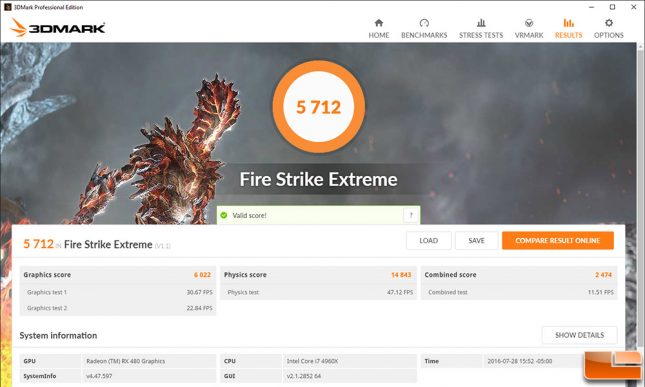 By overclocking the Sapphire Nitro Radeon RX 480 4GB graphics card we were able to take the score of 5,407 points on 3DMark Fire Strike Extreme and raise it up to 5,712. This is a 305 point increase in our overall 3DMark score, which represents a performance gain of 5.6 percent. The overall FPS average in Graphics Test 1 went from 28.17 to 30.67, which is a 8.9% performance gain in this particular graphics test. It is nice to be able to overclock a mainstream graphics card and get some extra performance for free!