Thief is a stealth based game, where the main character is a master thief in a medieval world.  This is the fourth game in the Thief series developed by Eidos, which was released in late February 2014.  It is the second game to support AMD Mantle and the first to support AMD’s TrueAudio. 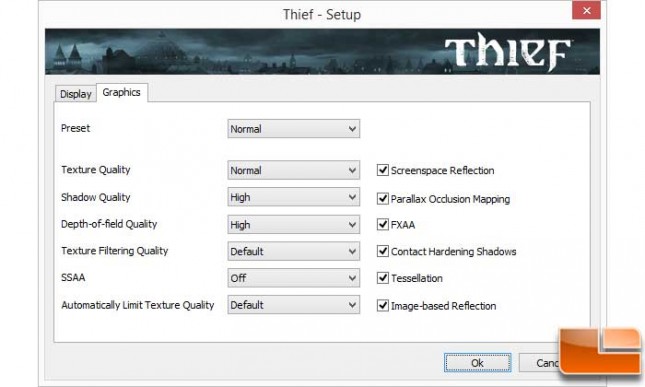 Thief was tested using the Normal graphics preset, with a resolution of 1920×1080. 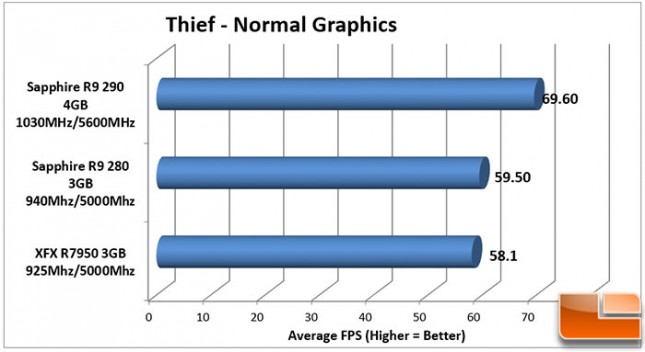 Thief Benchmark Results:  The Sapphire R9 280 was able to handle Thief rather well, however it benchmarked just 1.5FPS faster than the 7950, which makes it pretty much on par with the 7950.