All testing was done in a temperature controlled environment, which is currently maintained at 67F. 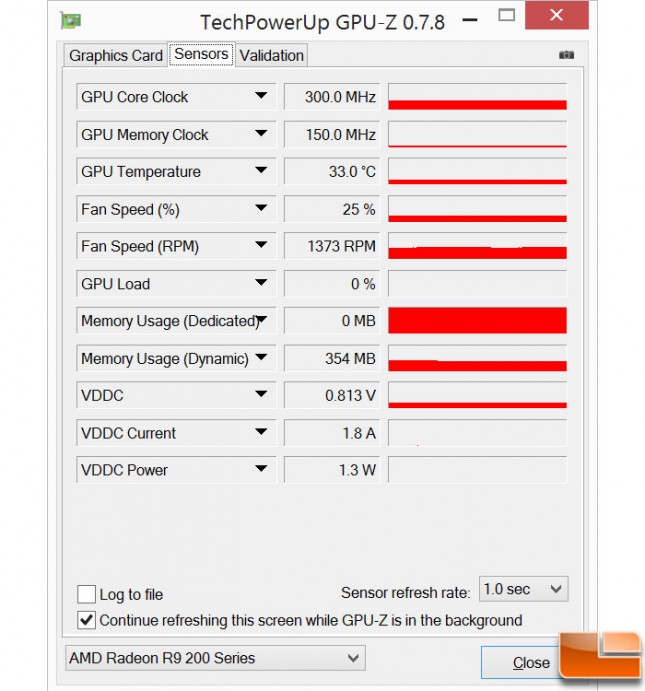 Allowing the test system to sit at the desktop with no applications running for 30 minutes, the idle temperature was a cool 33C (91.4F) with the fans running at 25%. 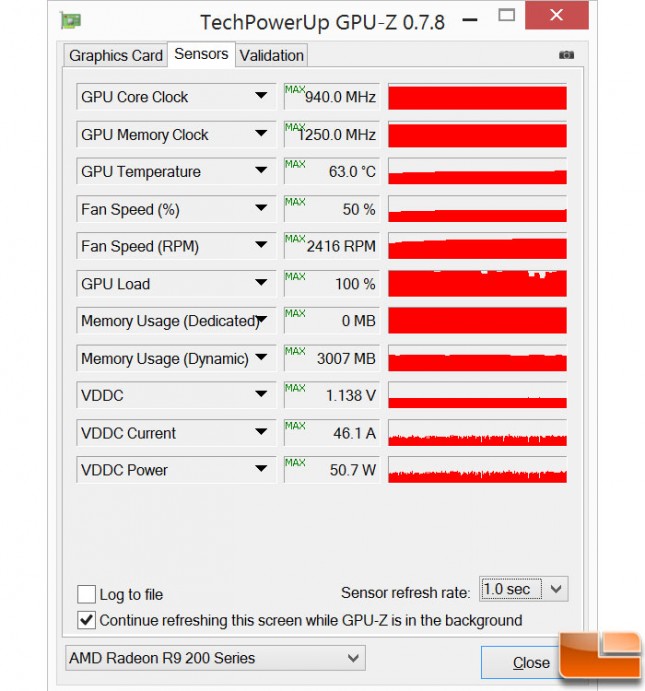 Once the Dual-X R9 280 is put under a load by playing Crysis 3 for 30 minutes, the graphics card reached a maximum temperature of 63C (145.4F), a 30C temperature increase.  The fan speed increased from 25% to 50% during the load test.  GPU-Z did not register any VRM sensors so we are unable to discuss those temperatures. 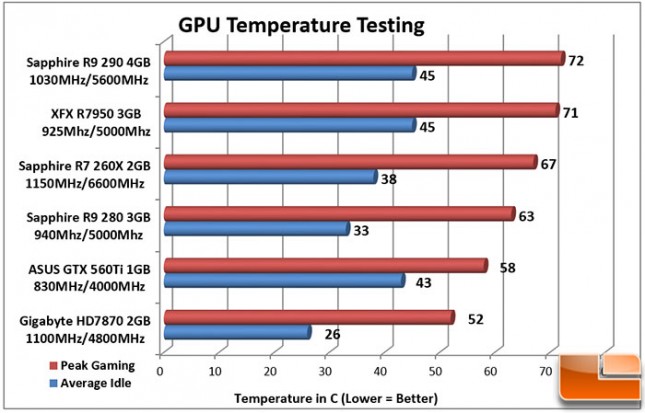 The GPU idled at 33C, which is one of the lowest in the few cards I have tested.  During a heavy gaming sessions, while the GPU was running at a full load for 30 minutes, the GPU reached a maximum temperature of 63C which puts it right in the middle of the test sample.

To test the noise level, an Extech sound level meter with a +/- 1.5dB accuracy rating was used.  Using the “Low” measurement, it can measure noise levels between 35dB and 90dB.  The sound meter was placed 12 inches from where the side panel would be, a wind cover was placed over the sensor.  With an ambient sound level of 35.6dB, the noise level of the Sapphire Dual-X R9 280 was tested at 20%, 50% and 100% fan speeds, which was adjusted by Sapphire TriXX software. 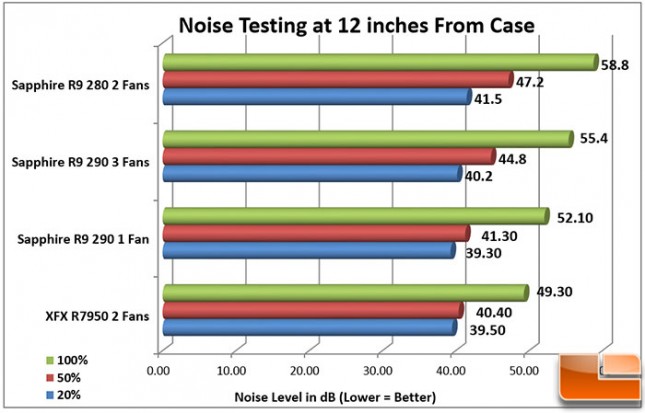