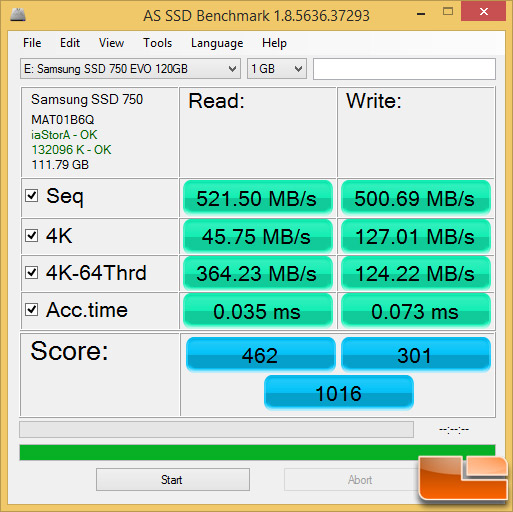 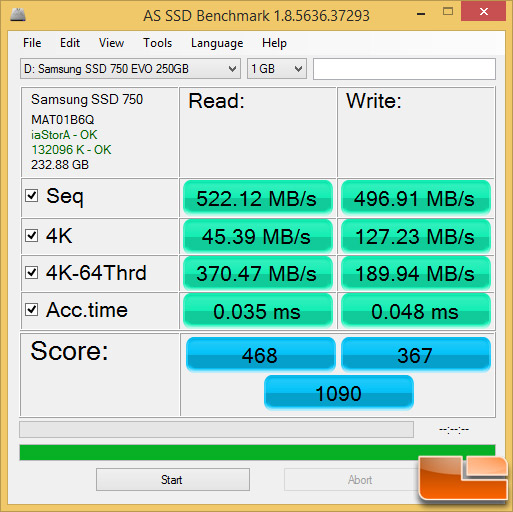 Benchmark Results: AS SSD showed the Samsung 750 EVO 250GB drive had an overall score of 1,090 points, which is a tad bit higher than the 1,016 points that we found on the 120GB version of the drive. The larger 250GB capacity drive pulled ahead in the 4K-64Thrd write test and that is what caused the overall score to go up the most. 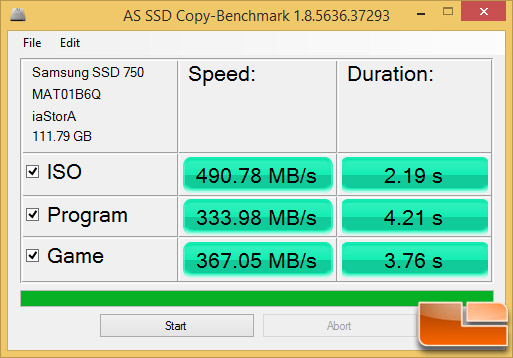 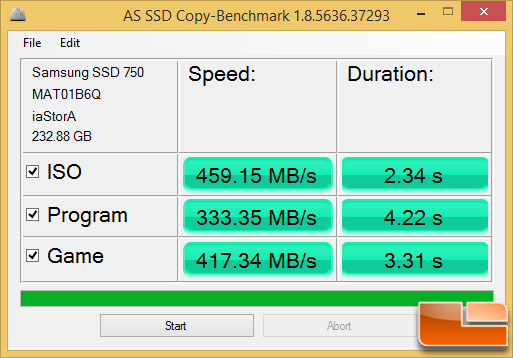 Benchmark Results: The copy benchmark test results showed pretty strong results that we’d expect from pretty much and new SSD being released here in 2016. Performance between the two drives was comparable.