The readout on CrystalDiskInfo 6.7.5 shows that the Samsung SSD 750 EVO 120GB & 250GB SSDs support S.M.A.R.T., NCQ, TRIM and DevSleep. The drive we received had firmware version MAT01B6Q installed and that is the version that we used for general testing and benchmarking. 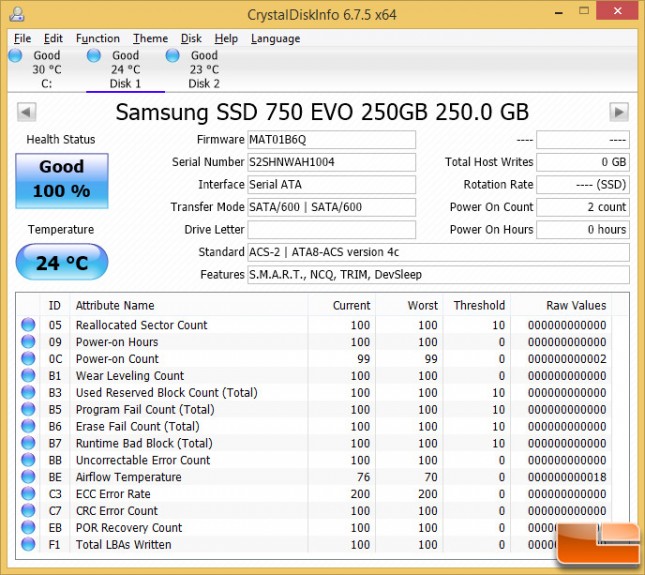 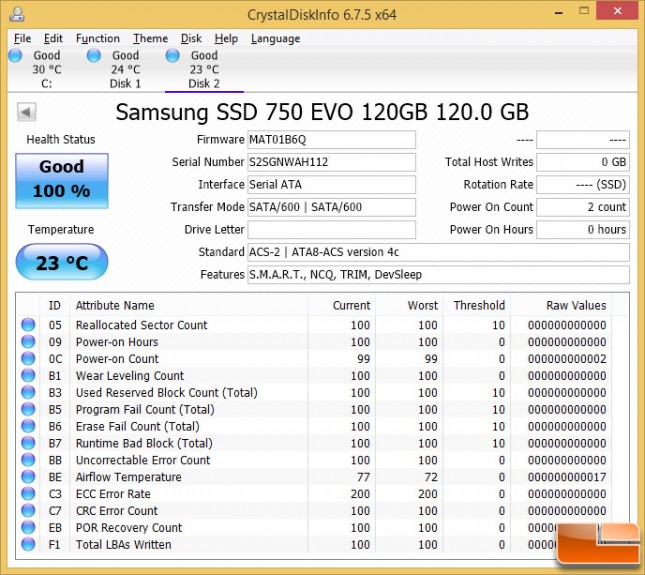