The first workload that we will be showing is a trace that uses Microsoft Visual Studio to compile a build of Mozilla Firefox browser. The Sabrent Rocket Q 8TB finished this workload with a read speed of 1680.3 MB/s. 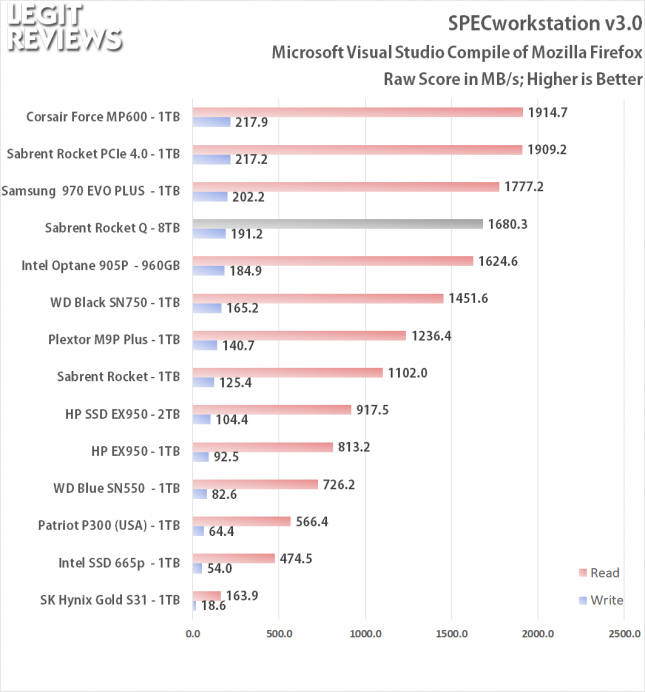 The next trace involves a Handbrake transcode and that test clearly favors Intel Optane drivers with 3D Xpoint memory as the Intel Optane 905P led this test by leaps and bounds. The Sabrent Rocket Q 8TB drive finished with 410.2 MB/s read and 154.8 MB/s write speeds. 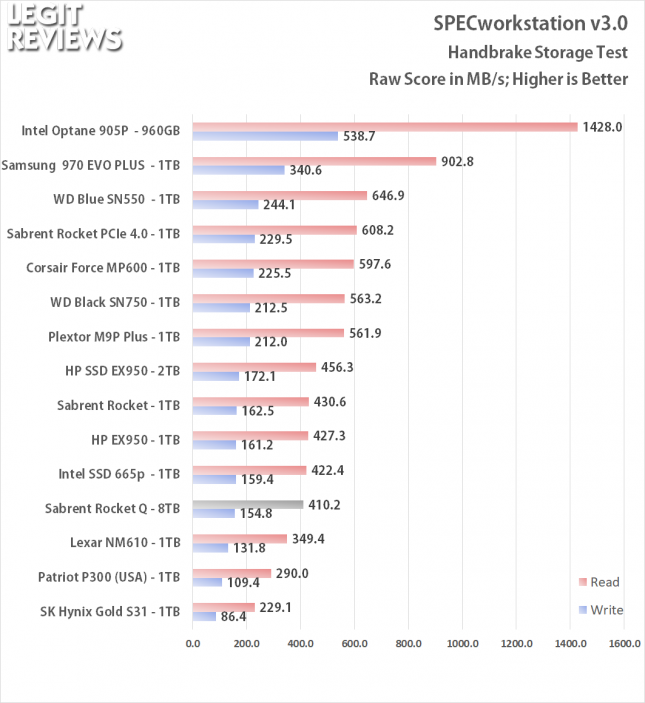 In the 7zip workload the Sabrent Rocket Q 8TB drive finished again in the middle of the pack with a read speed of 1,414.9 MB/s. 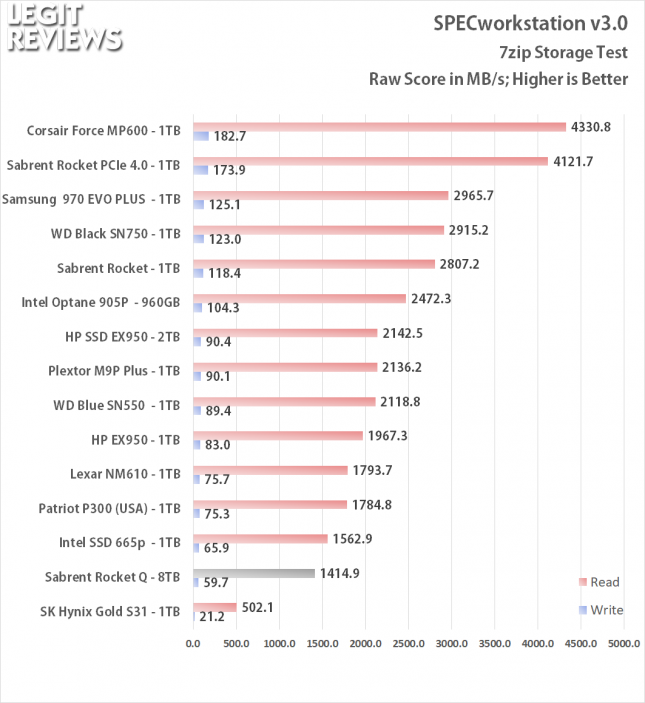