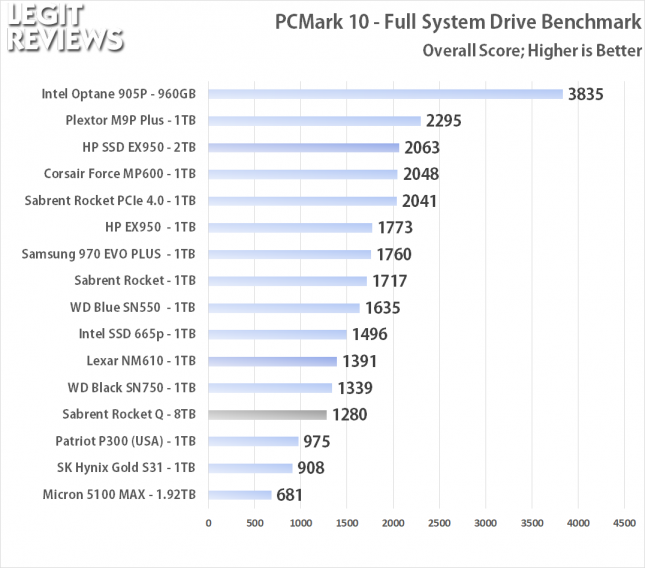 On the full system drive benchmark the results show the Sabrent Rocekt Q 8TB drive finished with an overall score of 1,280. This puts it down near the bottom of the pack on this tough application is said to be one of the best real-world benchmarks around. 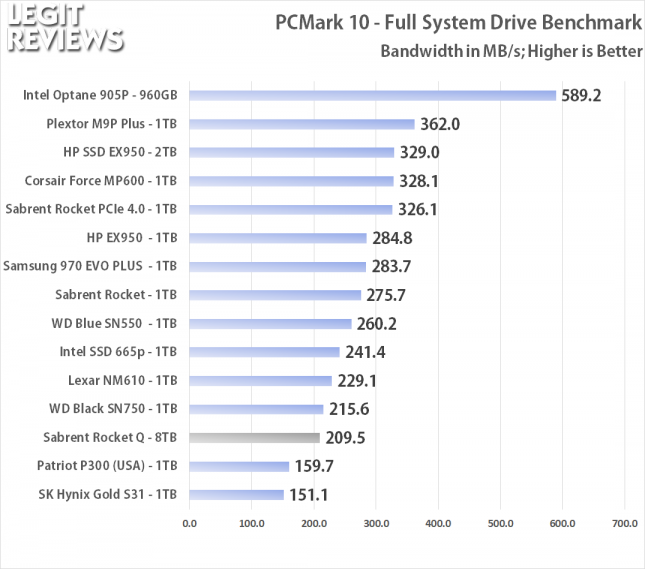 The PCMark 10 Storage Benchmarks overall score is calculated from the bandwidth and average access time sub-scores. The bandwidth subtest is defined by UL in PCMark 10 as bandwidth = bytes / busy_time_for_read_and_write. Here the Sabrent Rocket Q 8TB comes in with a score of 209.5 MB/s on the bandwidth test. 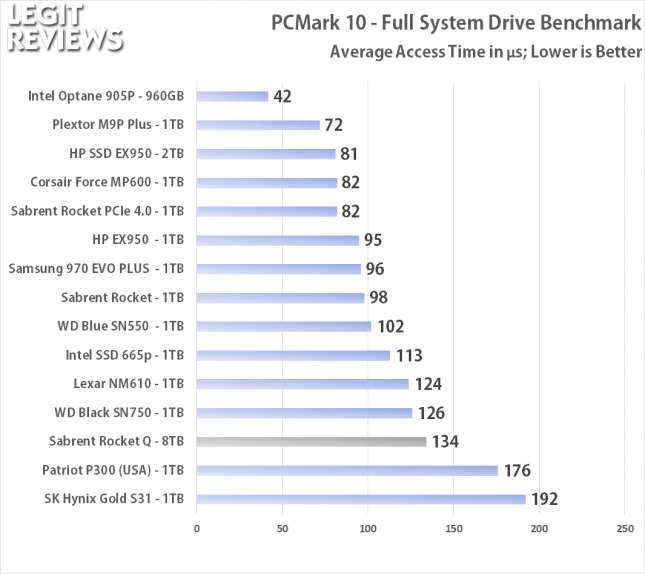 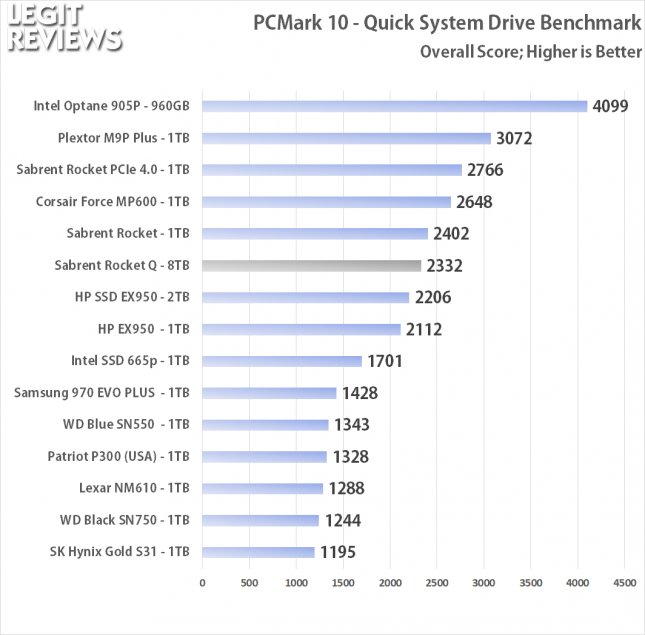 On this lighter workload the Sabrent Rocket Q 8TB actually performed a bit better and moved up to the middle of the pack with an overall score of 2,332. 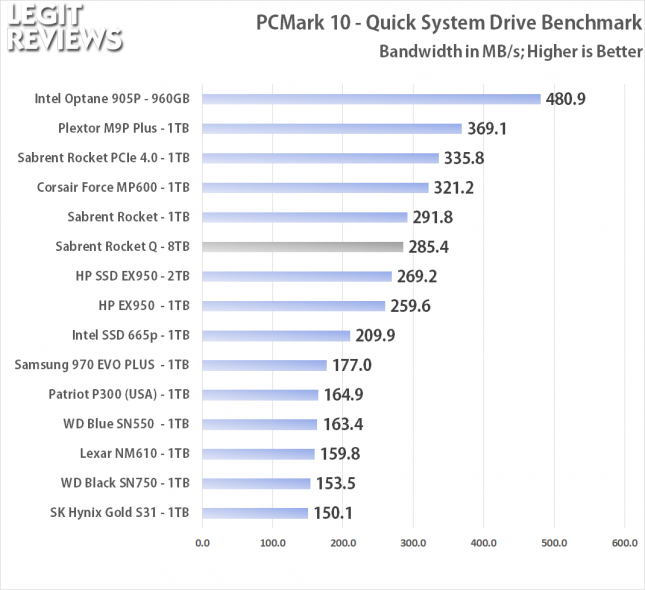 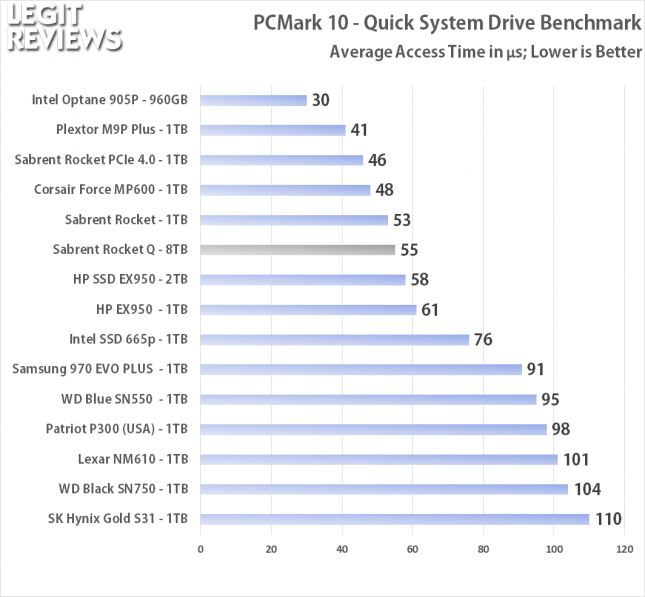 The average access time on the Sabrent Rocket Q 8TB was 55 microseconds.