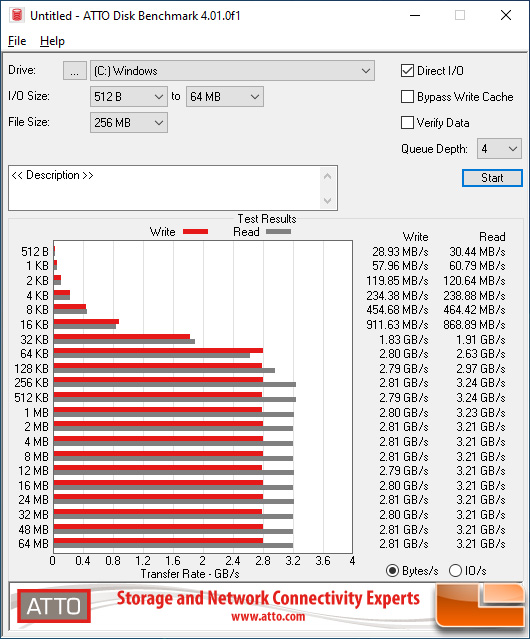 Benchmark Results: On ATTO Disk Benchmark the Sabrent Rocket Q 8TB drive topped out at 3.24 GB/s read and 2.81 GB/s write on the standard test at QD4. This drive is rated at 3.30 GB/s read and 2.90 GB/s write, so we were pretty close to the drives rated speeds. 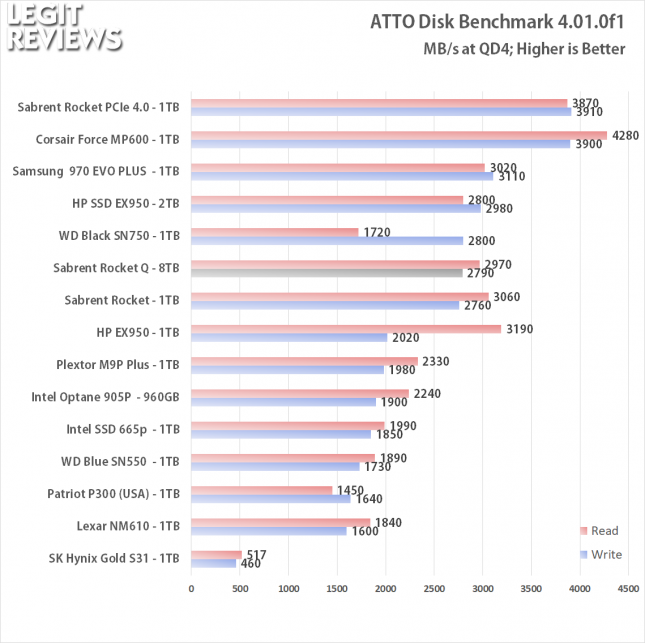 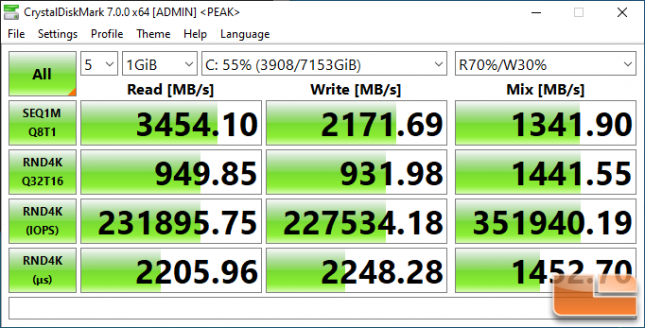 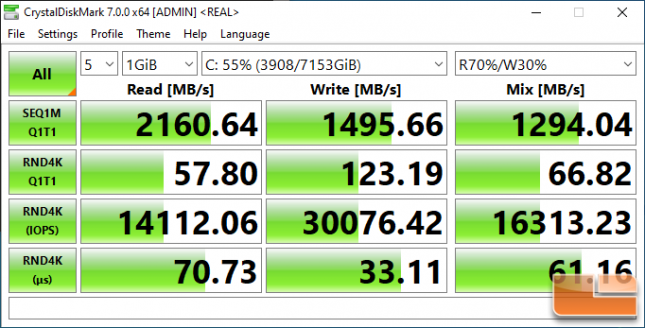