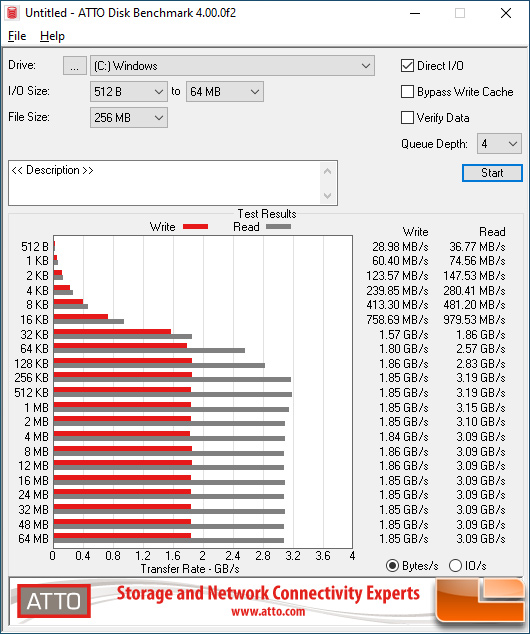 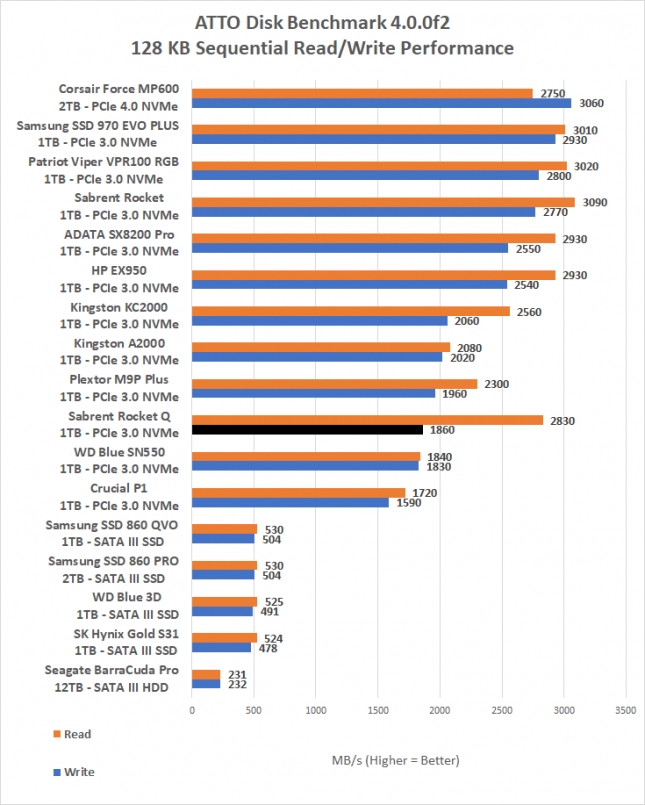 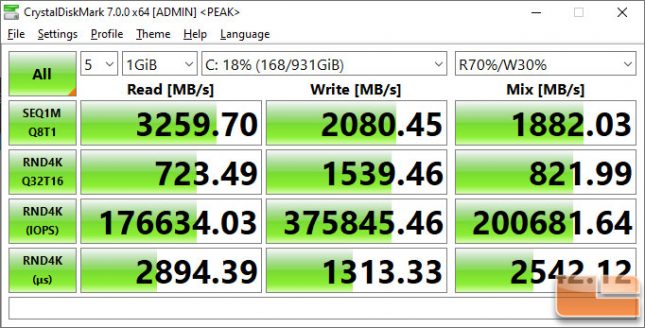 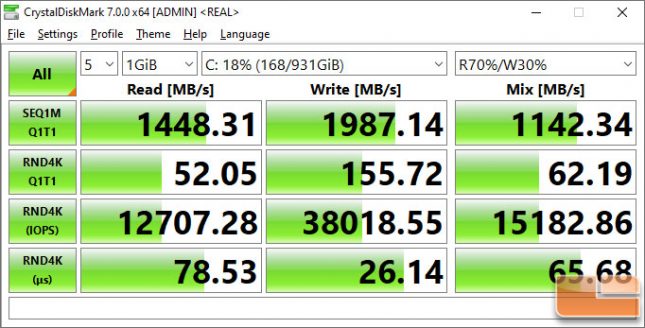 Benchmark Results: The Sabrent Rocket Q 1TB drive maxed out at 3259.70 MB/s read and 2080.45 MB/s write in the standard sequential write test that is done at Q8T1. Random 4K performance topped out at 176,634 IOPS read and 375,845 IOPS write. This drive is rated at 3,200 MB/s read and 2,000 MB/s write for sequential performance, so we were finally able to hit those numbers by using CrystalDiskMark!  The Rocket Q is rated for up to 125,000 IOPS read and 500,000 IOPS write and we are doing better than the Random 4K read performance rating, but aren’t coming close on the write side.