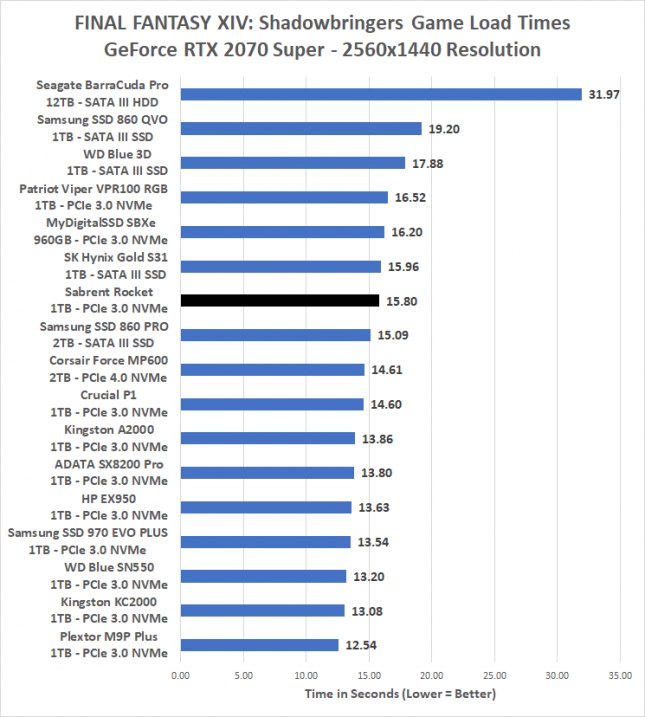 Benchmark Results: Game load times are very important to our readers and this is where the Phison E12 controller has struggled on past drives. The Sabrent Rocket came in at 15.80 seconds for load times and that is over 2 seconds behind the leading drive. This is just something the Phison controller doesn’t do well and there is nothing Sabrent can do about that.